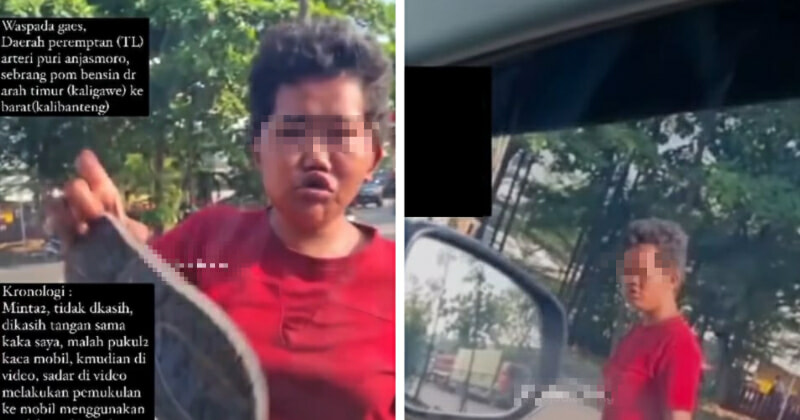 An incident involving a beggar has recently gone viral on social media, sparking debate over the proper way to address such issues. Recorded and shared online by the victim, it depicts how the beggar suddenly turned aggressive and threw his sandal at the car window after his request for alms was rejected.

As reported by Indonesian news portal Kompas, the incident happened at an intersection in Kota Semarang, Central Java in which the beggar approached the car when the light turned red. You can watch the full video below:

Following the video going viral,  Kota Semarang Police and Civil Service (Satpol PP) Chief Fajar Purwoto said that the perpetrator has since been detained. Furthermore, Purwoto further revealed that the beggar has actually been detained twice before by the local police.

It is understood that the beggar is part of a syndicate that is operating in other areas of Kota Semarang. Furthermore, Purwoto also revealed that evaluation by the police revealed that the beggar did not suffer from any mental illness but has the tendency to be aggressive when people refused his request for money. Previously, the man was also reported to have spat at those who refused to give him alms.

What do you guys think of the incident? Have you witnessed or experienced something similar? Similar incidents had happened in Malaysia previously too, so what are the best course of actions to tackle such an issue? Share your thoughts with us in the comments!

Also read: Fake Beggars Get Caught Taking Off Glasses And Making Away With Alms 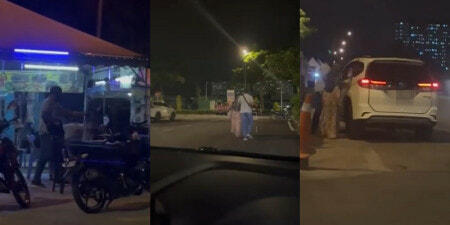