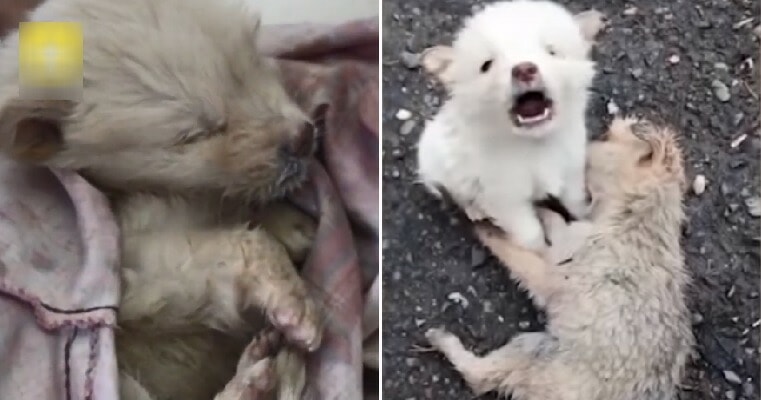 Oh no, this is so sad! Dogs have been known to be loyal creatures, faithfully staying with creatures they have bonded with and this time, this little white puppy in Sichuan, China has a rather heartbreaking story. A man, Xiong, found the two white puppies by the roadside when he was alerted by the puppy’s cries. 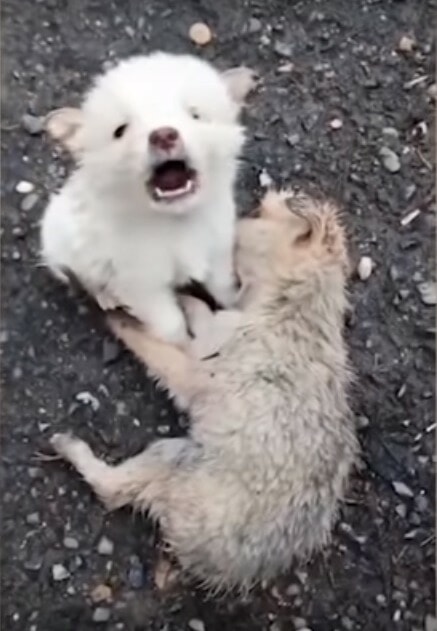 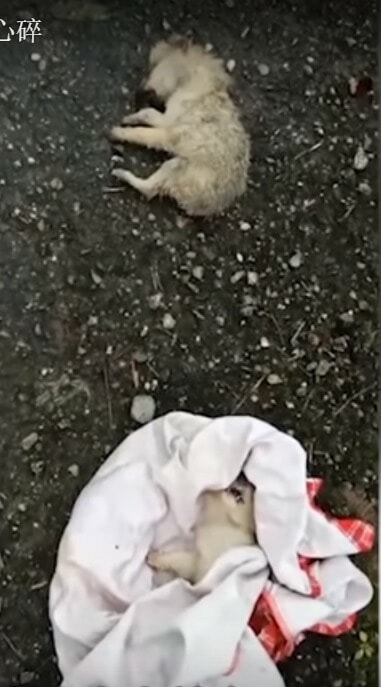 According to ET Today, the incident happened on a rainy day and Xiong said he was passing by when he heard piteous cries coming from an alley. He went over to inspect and found a white puppy standing guard over another puppy. Unfortunately, it can be seen that the other puppy is already dead but the white puppy refused to leave its side.

The puppy who is still alive seems to be calling for help while loyally guarding its dead buddy. Xiong said that he heard the cries while he was on the way home and went to investigate. He found the pitiful puppy crying for help and it looked so sad that he quickly took a piece of cloth to save the puppy. It is believed that both the puppies were abandoned there. 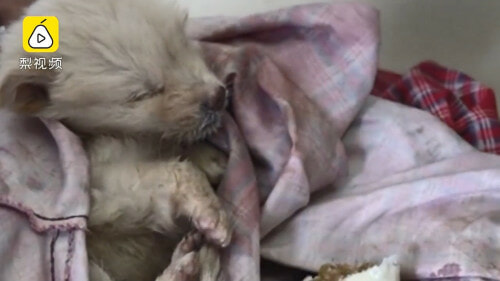 He wrapped the cloth around the poor little puppy and took it home to nurse it. However, he said that he is not able to have pets and hopes that someone kind can give the puppy a forever home. The story of the puppy went viral and touched the hearts of many netizens, with many of them saying that they wanted to adopt the doggo. One of them said that he didn’t mind driving down about three hours to get the puppy and said that they had another dog at home who could be the puppy’s companion next time as well.

Hopefully, the puppy manages to find a good, loving home!

Also read: Loyal Doggy Stands Guard On Busy Road For 3 Hours to Protect Friend That Was Hit By Car 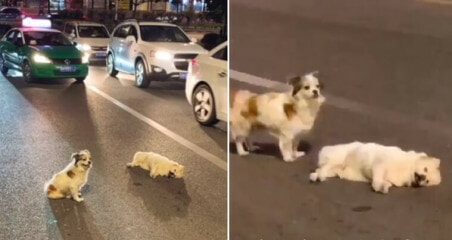