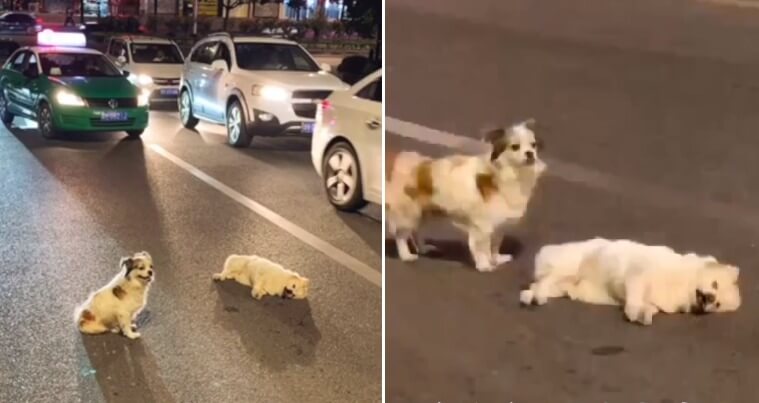 We really don’t deserve dogs! As if their cute, furry faces and loving nature isn’t enough to make us fall in love with them, their loyal hearts are really something else. They are simply devoted creatures who will not forsake their friends and owners in their times of need and just recently, a little stray dog demonstrated the amount of loyalty that beats a human any day. 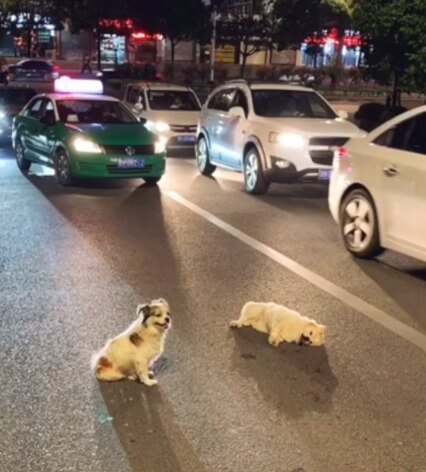 Based on a video that was shared on Chinese social media, the footage shows two dogs on a busy road at Guizhou province. One white dog is lying on the ground looking severely injured while another spotted dog stands guard over its friend.

It is believed that the white dog had been hit by a car and killed when they were at the far-right lane of the road and its body was just lying there. The spotted dog tries its best to protect the friend by standing guard for close to three hours, waiting patiently for the white dog to get up. I’m not crying, you’re crying! 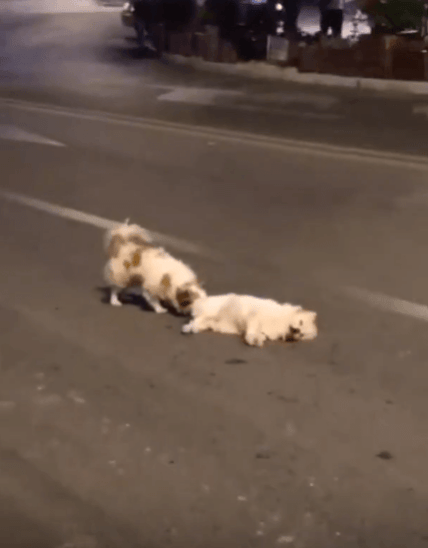 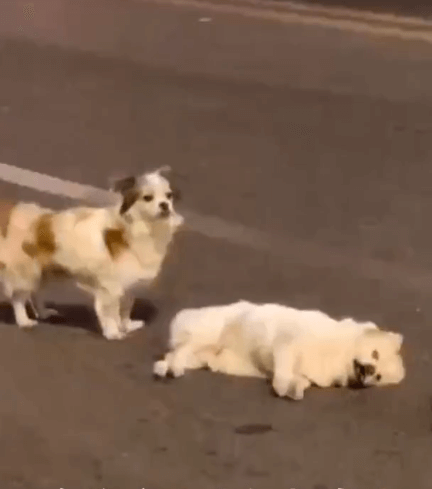 The spotted dog tried to wake its friend up during this time and can be seen whimpering and barking at the body. The loyal pooch also tried to lick and nudge its buddy but there was no reaction. Although the spotted dog may not have been able to revive its buddy, its unwavering guard managed to keep the body from getting run over again.

Some passersby noticed the scene and didn’t want another canine to get hit so they moved the white dog’s body to the roadside. However, the dog continued to stay there to accompany its friend until a few guys decided to give the pooch a proper burial. 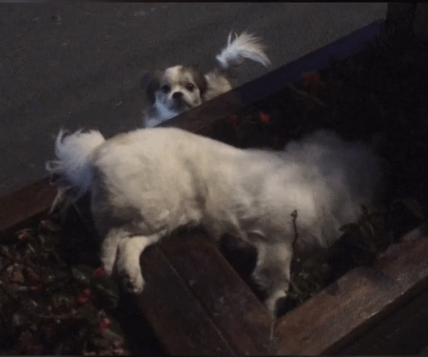 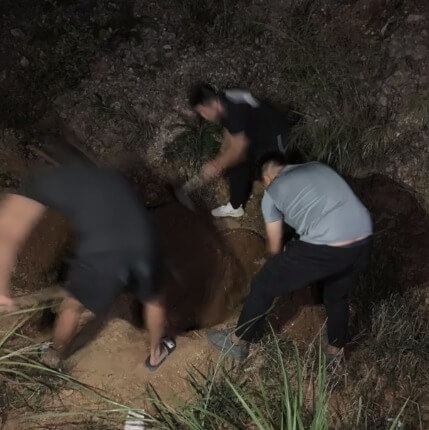 Apparently, the white dog that died has an owner and the devoted friend was a stray dog. Both of the doggies would often run around and play together but it looks like the stray dog has lost its companion and is all alone now. 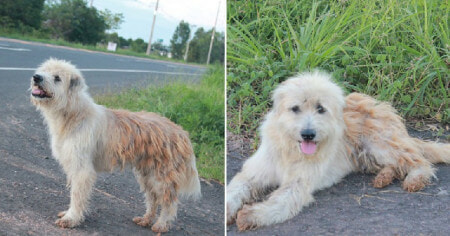