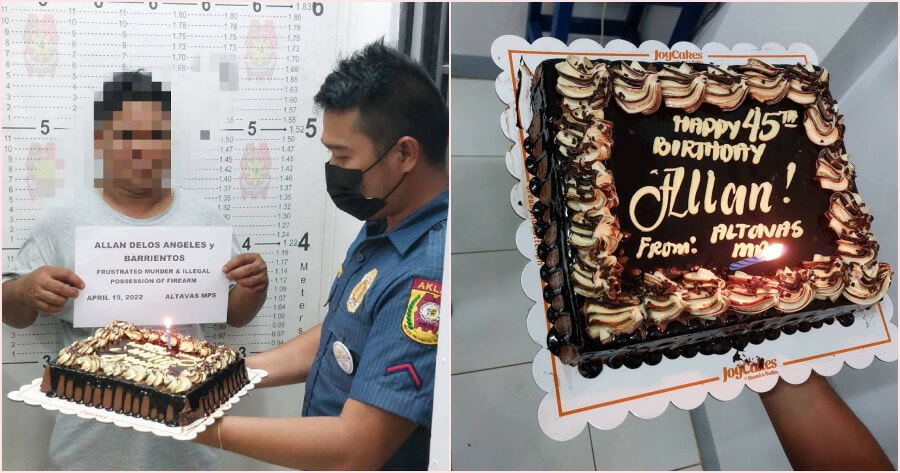 What would you normally expect to get on your birthday? For most people, it might be an extravagant or an extraordinary gift.

However, a man in the Philippines spent his birthday in lock-up with a birthday cake given to him by the authorities.

According to The Philippine Star, the man named Allan Barrientos Delos Angeles who is dubbed as the “Most Wanted Person of Bataraza, Puerto Princesa, Palawan” was arrested by the Altavas municipality police on Tuesday (19 April).

After he was processed, the police discovered that it was his birthday and upon confirmation, the police decided to surprise Angeles with a birthday cake.

In a series of photos shared by the Altavas Municipal Police Station on their Facebook page, a policeman can be seen offering a chocolate cake to Angeles.

On the cake it is written: “Happy 45th birthday Allan!”

In another photo, Angeles can be seen holding up a placard with his information for his mug shot whilst a policeman held up the cake.

It is unclear if this was Altavas police’s standard operating procedure of presenting birthday cakes to suspects arrested by them.

Angeles has a standing warrant of arrest for the crimes of illegal possessions of firearms as well as frustrated murder with recommended bail of P60,000 (RM4,909) and P200,000 (RM16,363) respectively for his temporary freedom.

Altavas police told the portal that Angeles had been released on Wednesday (20 April) after posting bail.

“He did not resist arrest when he saw the warrant. He wanted to clear his name so that he could live well,” Altavas police reportedly said.

It must’ve been one of the worst places you could celebrate your birthday at. What do you think? Let us know in the comments.

Also read: 2 M’sians Awarded by Singapore’s Police For Putting a Stop to an Attempted Murder 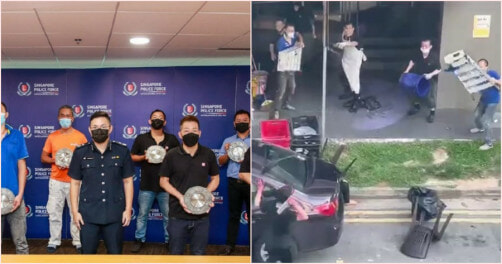