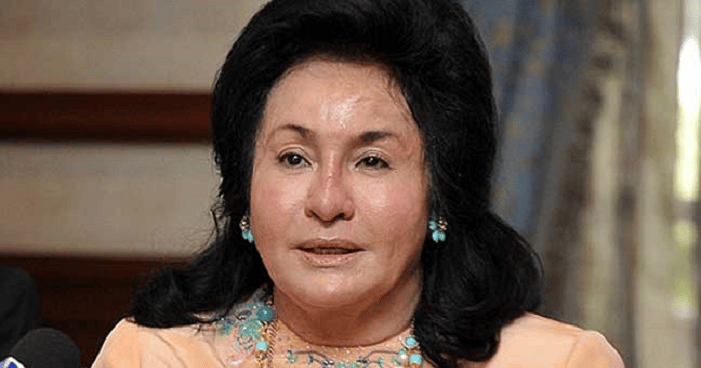 As the 1MDB probe furthers, more juicy info is being served to the public.

In the most recent 1MDB news, The Malaysian Insight reported that Datin Seri Rosmah Mansor, the wife of Dato’ Seri Najib Razak, is the “central force” of the international graft-scandal, according to Wall Street Journal. 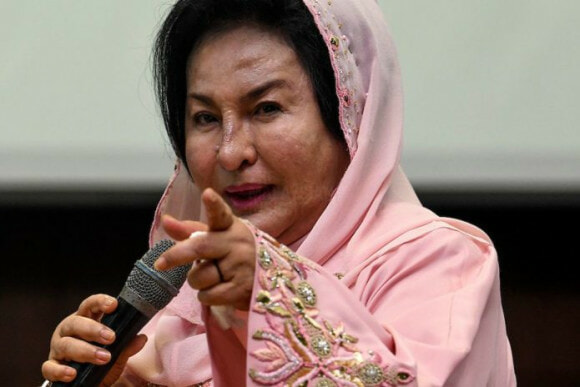 Reports revealed that Najib was merely a live puppet while Rosmah, the puppeteer, ran the show. Here are some new deets that reveal how Rosmah may have been the mastermind who orchestrated one of the biggest graft scandals in history:

Rosmah’s pursuit of wealth and power

Sources close to Rosmah revealed that Najib’s fall into corruption was due to his wife’s “pursuit of wealth”.

According to reports, her greed for wealth stemmed from her growing up in the “palace grounds of a sultan” despite originating from a middle-class family.

Thus, to pursue wealth, her friends shared that Rosmah wanted to marry into the family of the Sultan of Brunei, initially. That’s some kind of ambition, eh? 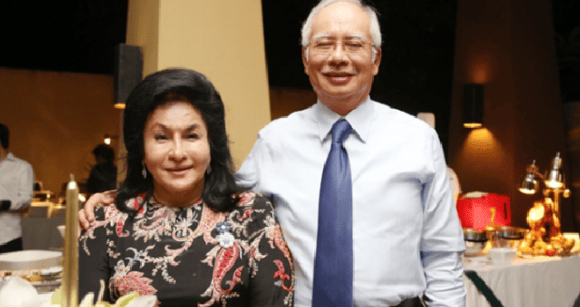 Unfortunately, the young Rosmah married a businessman instead of a royal. However, her ambition didn’t die down as she went on to marry Najib after divorcing her first husband.

At this time, the crafty lady was still working for a property company.

Looks like she has always kept her eyes on the price!

People who knew her said that she has always been bewitched by the essence of power and this is why she insists on being addressed as the “First Lady of Malaysia” when she technically isn’t.

To be a first lady, you have to be the wife of a president, not a prime minister. 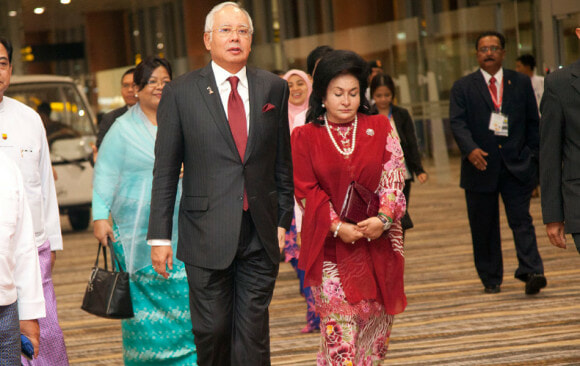 Hence, enchanted by the power that she and her husband possess, Rosmah began using the government jets, which are meant for official purposes, to go shopping in places like London, New York and Los Angeles.

Her involvement in 1MDB

Like the saying “shared pain brings people together”, apparently the duo found solace in each other as the 1MDB investigations continue to intensify. Ahh, how beautiful.

Speaking of the 1MDB probe, although the investigators may or may not believe that Rosmah is the one who had directed “complex transactions” from the 1MDB funds, people close to her said that she was the one who helped Jho Low set up 1MDB and also supervised the “heist”. 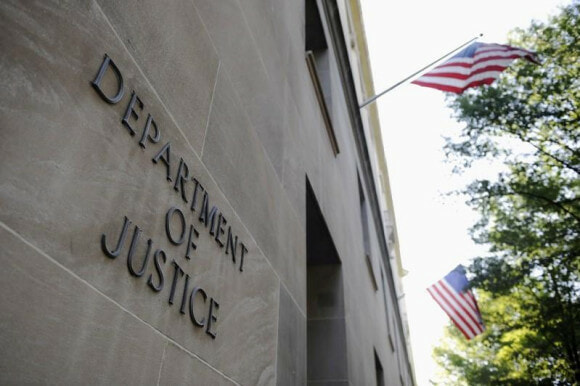 If you didn’t know, the US Justice Department (DoJ) even claimed that some of the US assets were purchased with the 1MDB money. So, DoJ filed civil suits seeking to seize USD2 billion (RM8 billion) worth of assets.

According to suits, they revealed that at least USD4.5 billion (approx. RM18.1 billion) was misused. Nonetheless, these suits were filed to only seize the assets and not arrest individuals. However, they also include allegations against people involved in the grand heist.

Getting out of the 1MDB quicksand

Even though Najib played a role in the scandal, many believe he only used the money for political expenses and never for himself.

“The wife had more of a picture than the husband,” said a source.

In fact, as the matter got bigger in 2016, Najib actually wanted to forgo the position of a prime minister but was quickly stopped by his wife who claimed that this is a “test from Allah”.

Najib was then cleared of all 1MDB charges by the new attorney-general appointed by him in 2016. 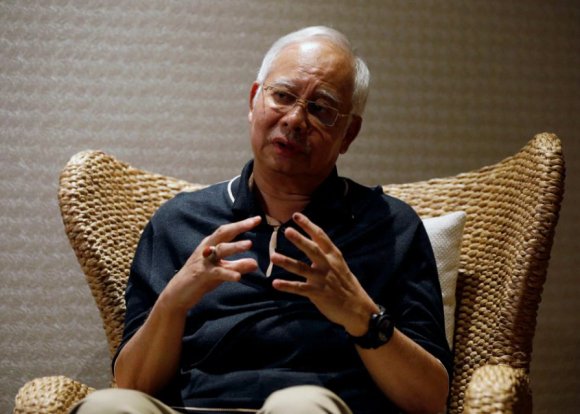 While the typhoon had simmered down in Malaysia, the 1MDB assets probe was still going on in the US and Rosmah had to do something to shut it down.

So, last year (2017), she had allegedly hired an American lobbyist to help them push DoJ to stop the 1MDB investigations. The same source said that Rosmah even joined for a meeting with the lobbyist and Malaysia’s ambassador in the US. 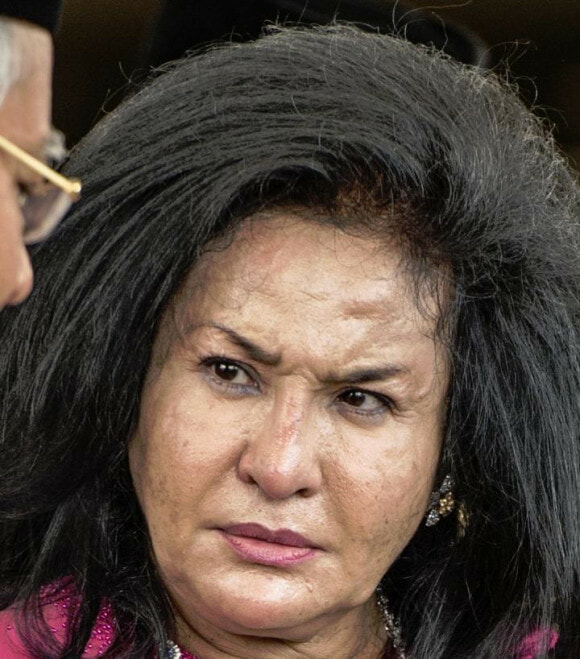 To ensure that she will not be convicted for the 1MDB corruption, Rosmah even pressured the prime minister’s office to declare that she was in line for Najib’s family wealth. However, Najib’s four brothers spoke against the statement claiming that their father didn’t actually leave them a lot of wealth. This statement angered Rosmah, of course!

Clapping back at critiques

“I have bought some jewellery and dresses with my own money. What is wrong with that?” 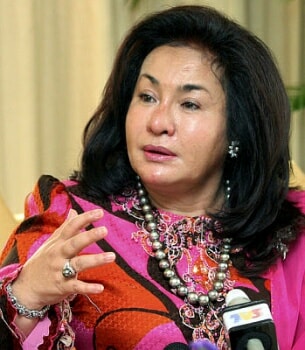 Hence, she dismissed all her critiques’ comments as being politically motivated.

On the other hand, when people questioned her luxury mansion by stating that’s it’s too fancy for a “political couple”, she got angry and the matter was never brought up again.

She must have scared them off!

Getting involved in politics

Everyone knows that the wife of the prime minister will never get involved in politics, at least not directly.

However, Rosmah was one of a kind as she was hands-on with all her (or should we say, her husband’s) political endeavour.

Her direct involvement in politics was known to the world as once, even Lee Kuan Yew, the founding father of Singapore, invited Rosmah to join their meeting because he heard that they were a team. 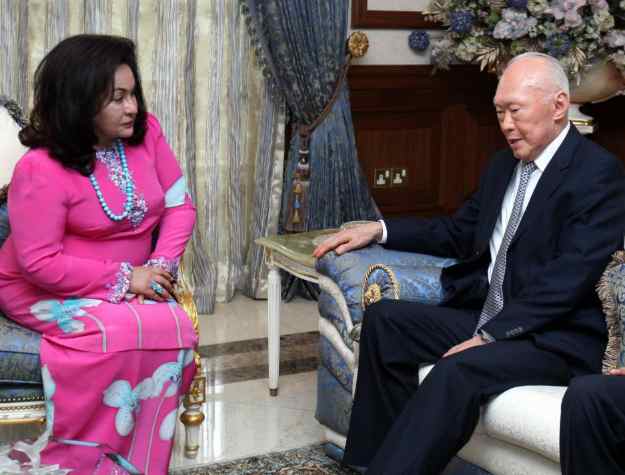 Sources explained that Rosmah always had her way of dominating the “less-decisive” Najib, which is why she’s always involved in political decisions made by him.

Fun fact: Rosmah also has a workspace and a team of staff in the prime minister’s office.

TBH, we have to give it to her for being very determined and smart!

Jho Low, a prominent figure in the 1MDB scandal, was closely associated with Rosmah.

Their friendship is pretty solid that the young financier would even use his shell company, Blackrock, to buy Rosmah’s jewels. And, my friends only steal my food! 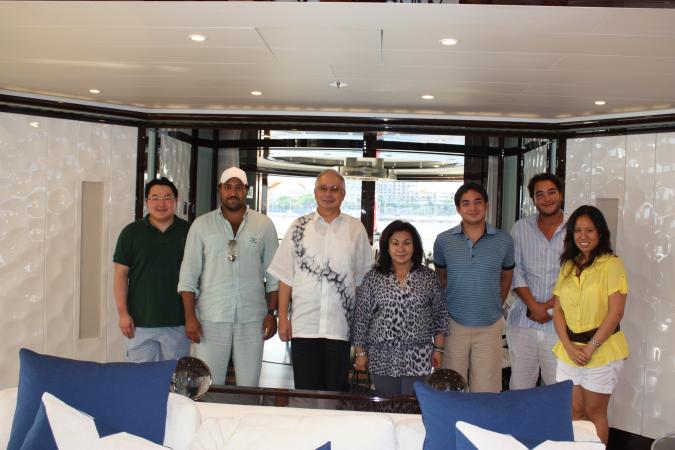 Besides that, he has also done several favours for Rosmah, such as:

Low was also expected to supply his dear friend, Rosmah, handbags and diamonds. Despite all these favours, a close source later revealed that Jho Low pointed the finger at Rosmah when the 1MDB case grew larger. 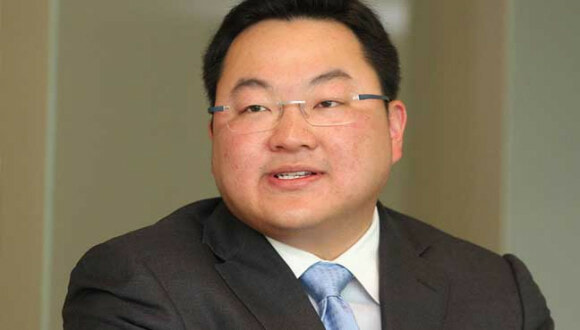 And if you’ve always wondered where she got some of her Birkin bags from, wonder no more because she said that those arm candies are apparently gifts from a Malaysian businessman who relied on her for annual renewals of government licenses.

It’s no doubt that Rosmah is now one of the main suspects of the 1MDB probe but we should also remember that while reports have revealed her involvement, the authorities are yet to comment on the allegations. So, let’s all be patient and not go all CSI on this until the authorities release an official statement.

Till then, stay tuned for more revelations following the 1MDB probe! 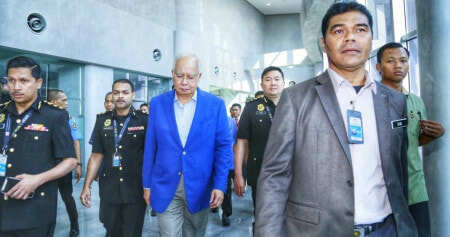