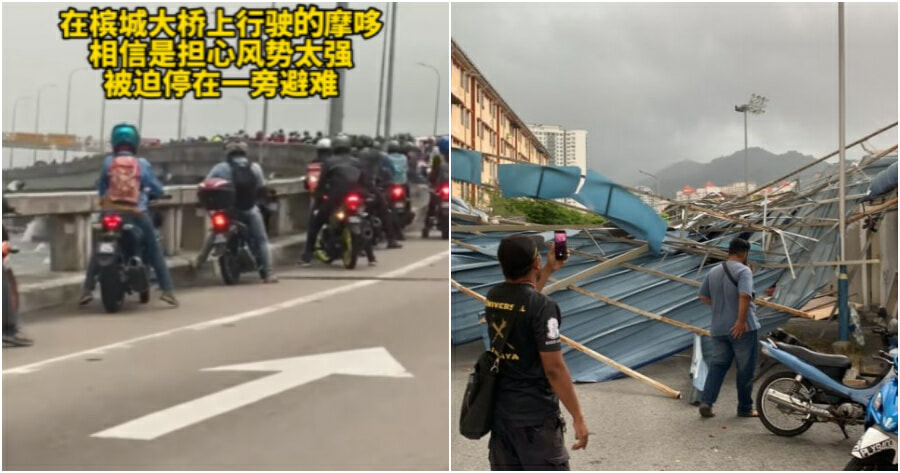 Trees had fallen and roofs were ripped off when the storm and strong winds hit the island around 5pm. The hawker center next to the Sri Derima HDB flat in Newport suffered the same fate when the entire zinc awning overturned, hitting several cars and motorcycles parked next to it, causing a mess at the scene. 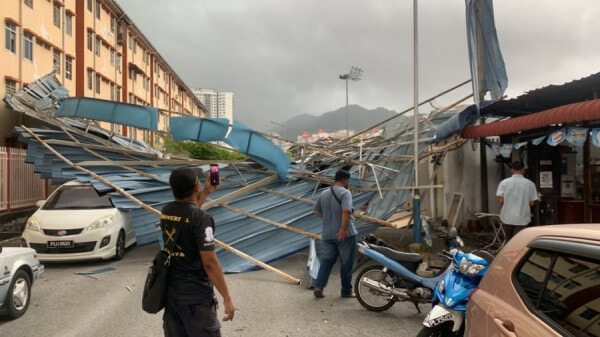 In the meantime, the fallen tree incidents that happened in Zaina Abidin Road, Tenggu Road, Penang Hill and Tanjung Bunga had smashed some leisure stone tables and chairs as well as crushed telephone cables. 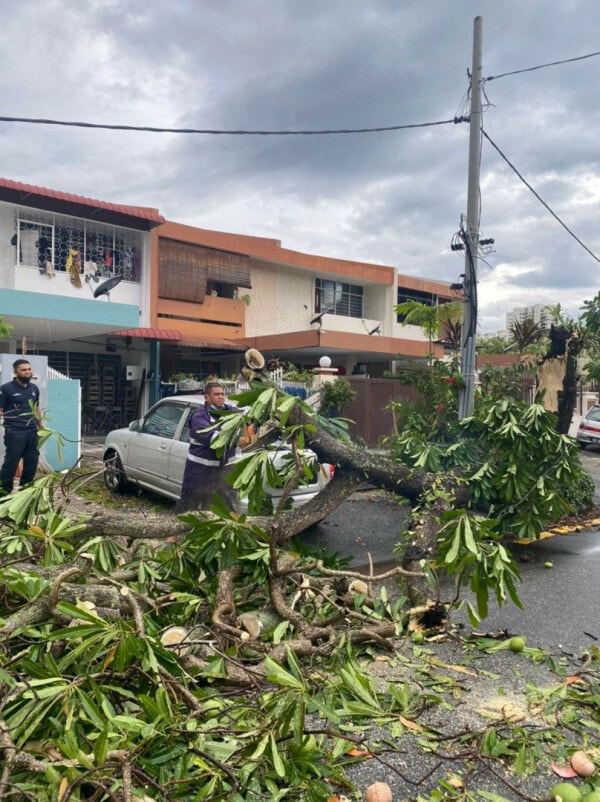 On the other hand, the Penang Bridge was also affected by the strong winds forcing a large number of motorcyclists on the bridge to stop by the bridge and seek shelter. The storm only stopped after about an hour and fortunately, no deaths were reported. 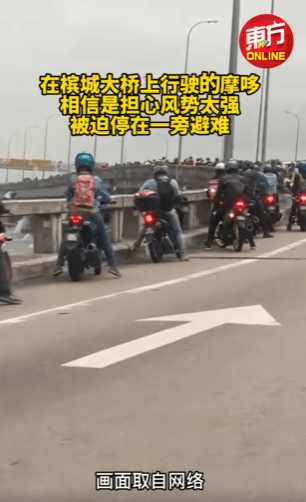 The Penang Island City Hall, Fire Department and Civil Defence Force have dispatched their personnel to various areas to carry out clean-up works. 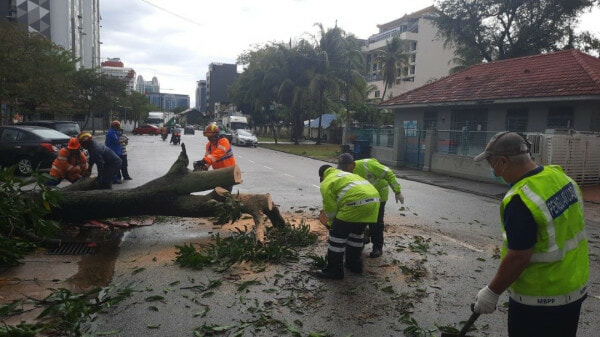 According to their Facebook account, they have advised the people to be careful while being outdoors especially under these weathers, as well as to keep an eye on their family members.

You can watch the full video of the freak storm in Penang below. 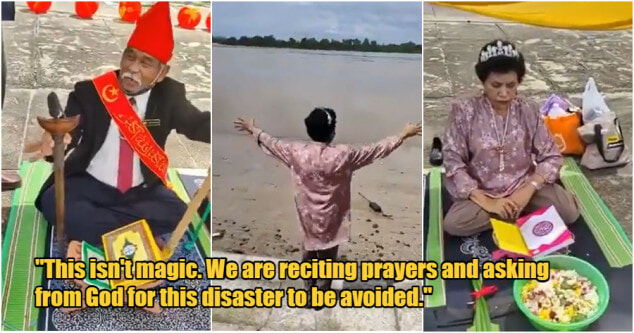