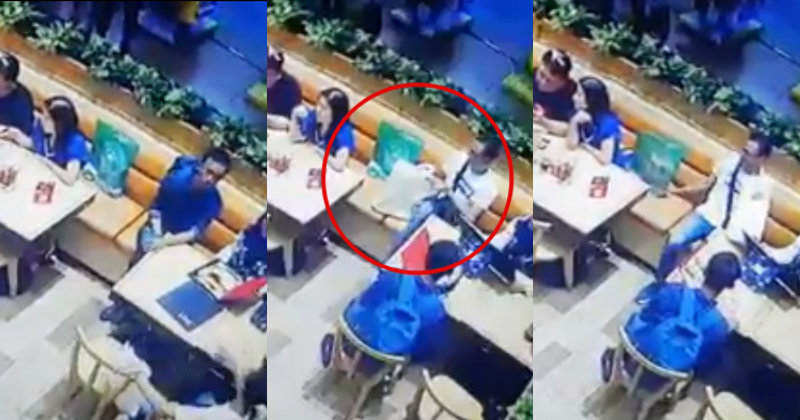 A robber or burglary is an act of crime that leaves most of us feeling victimized and awful.

The aftermath of a robbery may find you having trouble with sleep, jumping at every noise or just feeling anxious or angry in general.

As a society, robbery and burglary have instilled a sense of distrust between us and everybody else, and this is one video that will add more to the sense of prejudice we have towards strangers.

Taking to Facebook, Malaysian Update published a video of how an unsuspecting couple was robbed in broad daylight by a group of unsuspecting individuals while on their day out.

In the video, as the unsuspecting couple were enjoying their meal, a group of three individuals were seen seated beside the couple.

Thinking that the group were only patrons of the restaurant, the couple continued to enjoy their meal without giving a second thought of what was happening beside them.

After shifting their seats a few times, a man clad in a white t-shirt sat between a lady wearing a blue tudung and the couple. 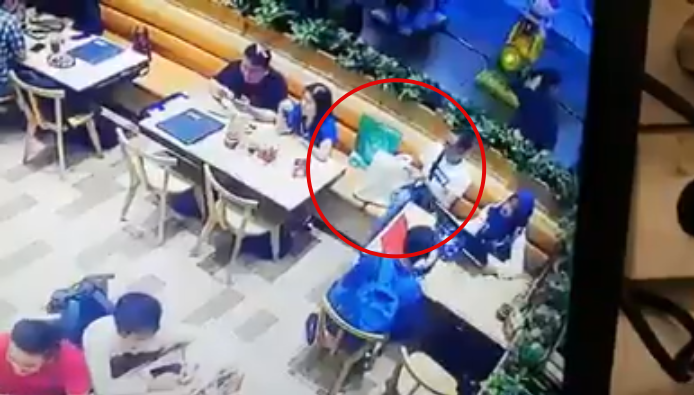 It was from this moment on, that the man wearing the white shirt began doing his ‘work’.

Taking quite a while to eventually steal what he wanted, the group eventually left the establishment without ordering anything. 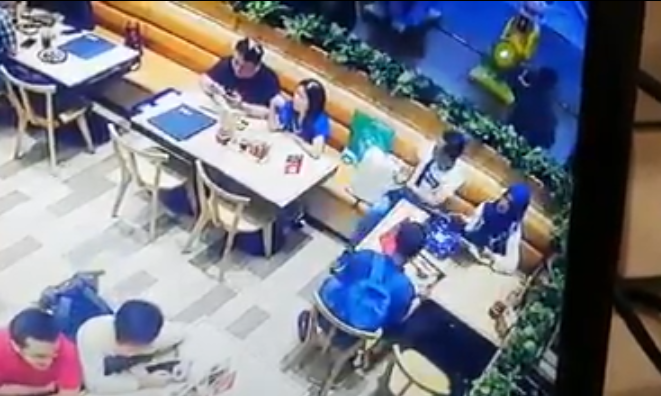 Caught on camera, only time will tell whether or not the individuals will be caught by authorities.

Look, taking things that do not belong to you is simply not worth it. You will be lucky that you are caught by the authorities first, but if you get caught by members of the public, you’re lucky if you get to walk out of that alive.

Let’s hope that the group of individuals in the video are caught by the police and be met with a heavy punishment to serve as an example to would-be kleptomaniacs out there. 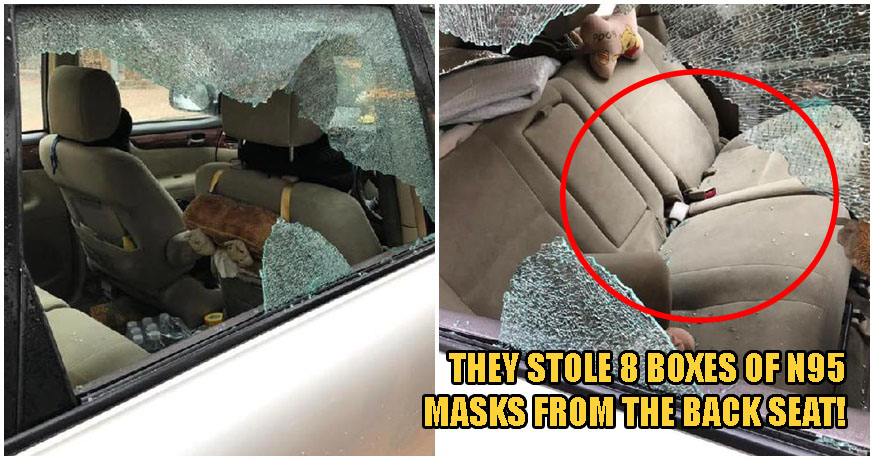