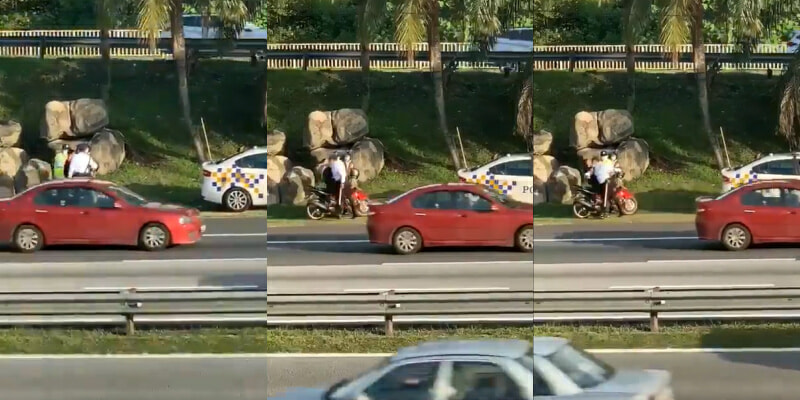 A video of a police officer in Petaling Jaya punching a road user went viral on social media, spreading unwanted attention to the brutality.

The video, which has been shared online on various platforms, took place on 8th January 2021 on the Federal Highway involving police officers from the Petaling Jaya District Police.

Bang, right in the kisser!

Disgusted by the scenes they have witnessed, netizens began piling on the hurt towards the officers involved.

Understanding that things may get out of hand, the Petaling Jaya District Police have since released a statement on the matter. 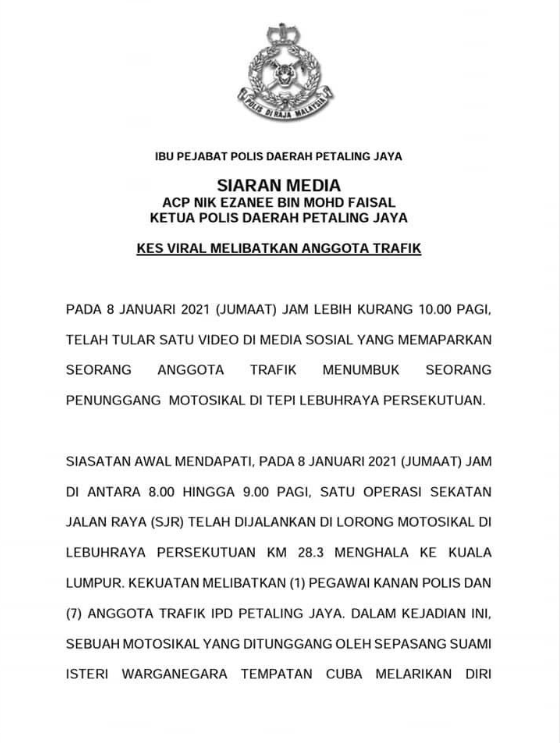 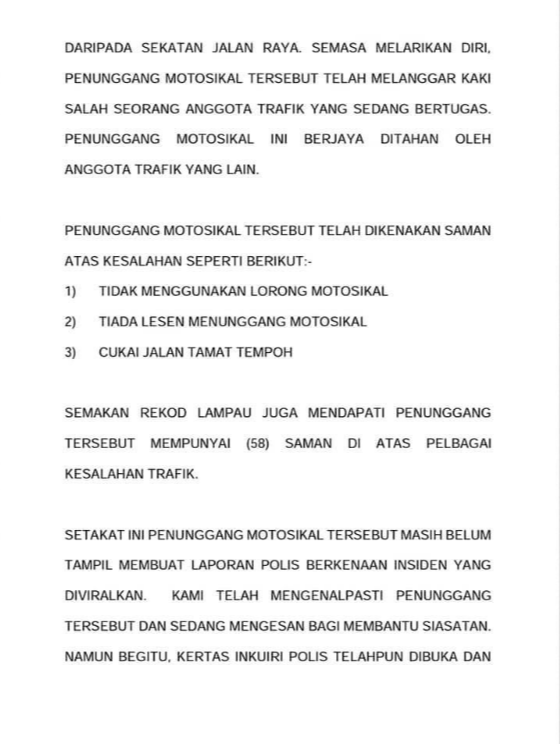 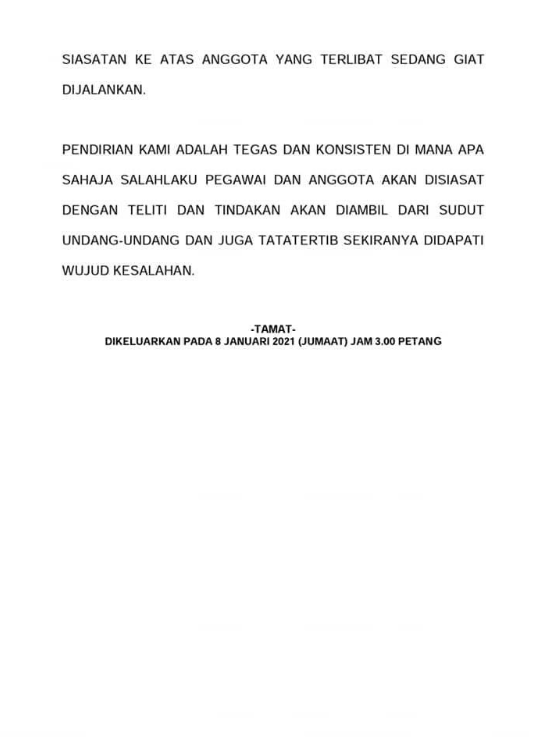 In a media statement, it is understood that the man tried to escape from a roadblock that took place in the area.

“The man was at fault for not using the designated motorcycle lane, possessed no driver’s license and had no proper documentation.”

“Previous records also state that the man has had previous summonses for various traffic violations.”

The motorcyclists have yet to make a report on the matter.

Despite highlighting the fault of the motorcyclists, an enquiry for the inappropriate conduct of the officers are currently underway and if found guilty, the officer will be met with justice. 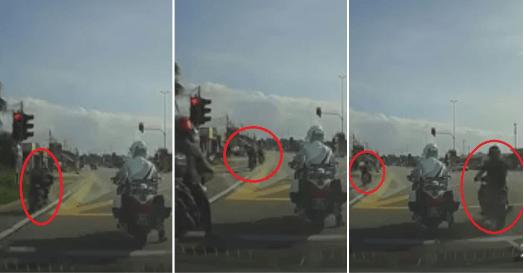