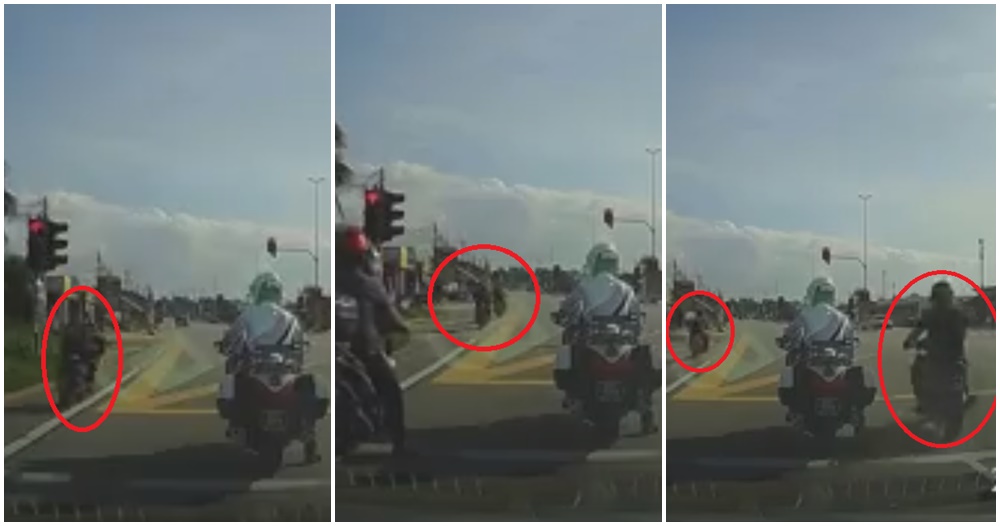 A video clip documenting a traffic police officer watching as a motorcyclist blatantly breaks the law and runs a red light in front of him has been making its rounds on the internet.

In a car’s dashcam footage that was posted on DLoyeng BC TV’s Facebook page, the traffic policeman can be seen waiting at a red light of an intersection when a speeding motorcyclist suddenly zooms into the frame. He makes no attempt to stop his vehicle and runs the red light right in front of the police officer.

However, instead of going after the traffic law offender, the officer merely continues waiting at the intersection. A couple of seconds later, several motorcyclists approach the intersection and zoom past the officer as well, even though the light was still red. Still, the officer makes no attempt to go after them. Based on the signboard in the corner of the video, it appears as though the incident took place near Pasir Hor in Kelantan on 22 December. 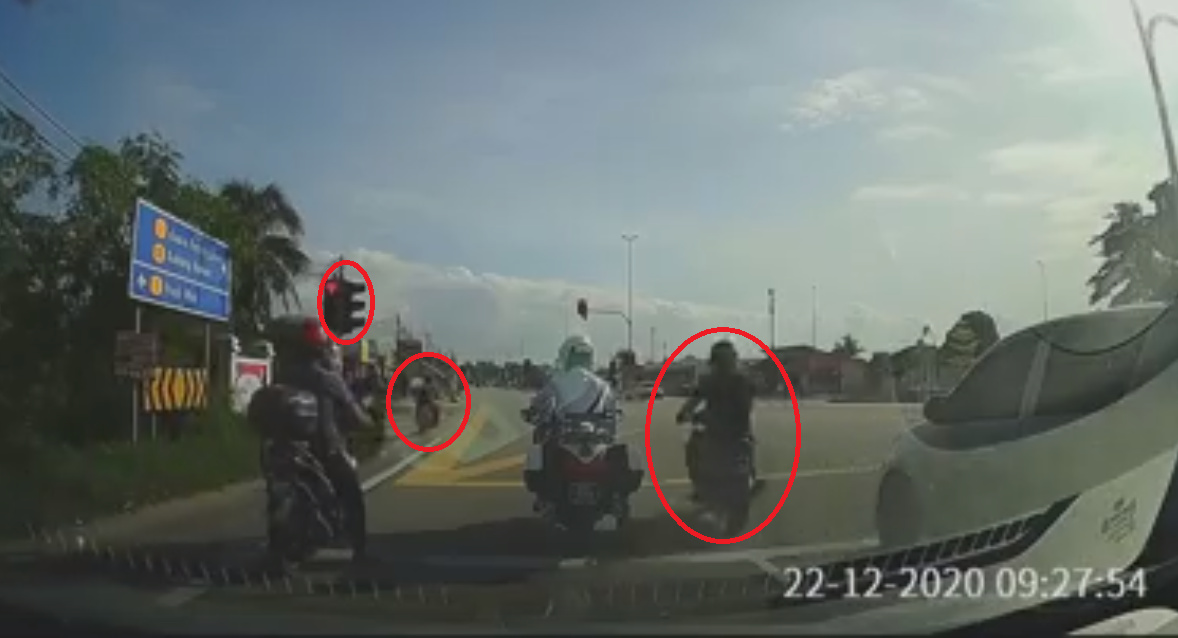 Recently, PDRM launched a Red Light Operation that aimed to catch road users who often neglect traffic laws such as failing to stop their vehicles when the traffic light turns red. The operation is set to take place between 15 December to 31 December and it was even said that offenders could be charged with either an RM2,000 fine or a six-month jail sentence.

But this video seems to suggest otherwise. What do you guys think went on here? Let us know in the comments!

Also read: PDRM: Drivers Who Run Red Lights Will Be Issued Up To RM2,000 Fine or 6-Month Jail Sentence 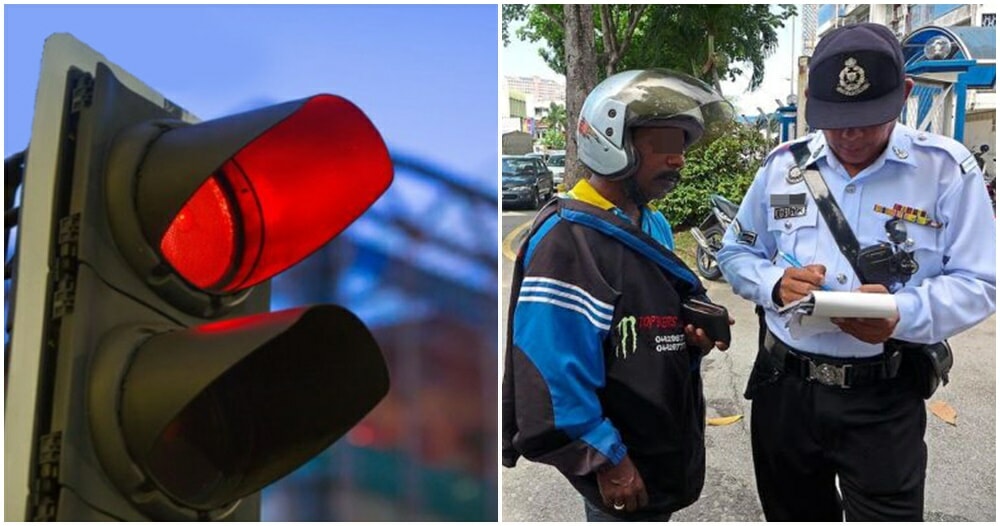