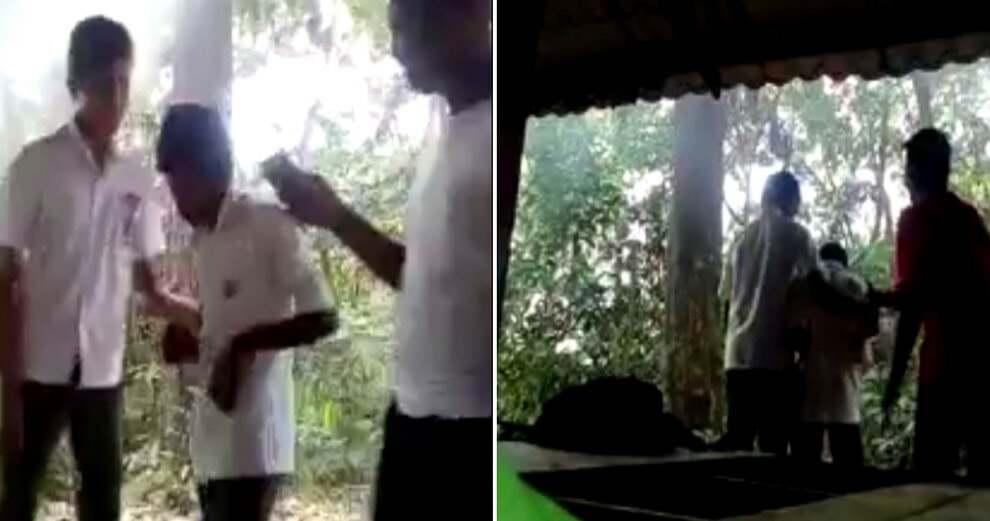 Yesterday (22nd June) evening, a video of a secondary school boy who appeared to be intoxicated caught the attention of concerned Malaysians.

The video, which has since received over 25,000 views and 830 shares, was posted to Malaysian Tamilar Kural’s Facebook page and has become the subject of widespread online discussion.

In the video, the drunk school boy looked like he was being teased by a group of boys in an isolated area.

Some of the boys then started teasing the drunk boy in Tamil, telling him to dance.

“Dance la, this is your moment, dance away,” said one of the boys.

Another boy was holding him, saying he danced like someone who was possessed. 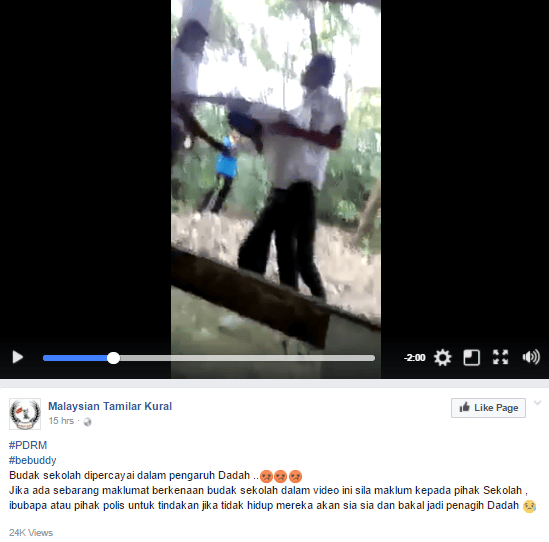 One of the boys who was presumably recording the video told the boys who were trying to hold the drunk student, “Jeeva, just let him go, let him go Vicky, let him dance as much as he wants.”

“Play that song, let him dance to it. Take the bottle from the ground and give it him to him, let him hold it and dance.” 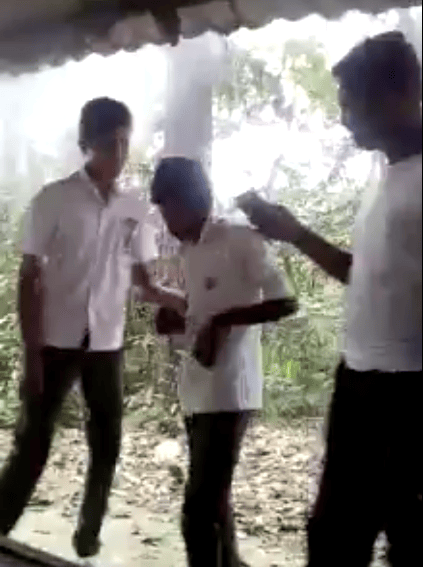 When they didn’t let go of him, the boy holding the camera decided to force them away from him, saying that he would be fine with no support.

The boys protested against leaving the drunk boy on his own, to which another person replied, “if he falls, punch him in the stomach and he will sober up.” 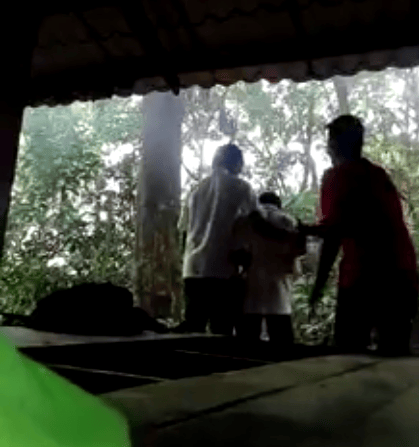 This surfaced not  too long after the tragic death of T. Nhaveen, who passed away after being brutally bullied and assaulted by his former schoolmates, so parents were obviously very concerned by this reckless behaviour.

Many netizens commented that these boys were wasting their lives and tarnishing their futures by doing this.

Other netizens pointed out that parents are also to blame for their behaviour.

This behaviour is definitely worrying. We hope these boys are disciplined appropriately before things get too out of hand! 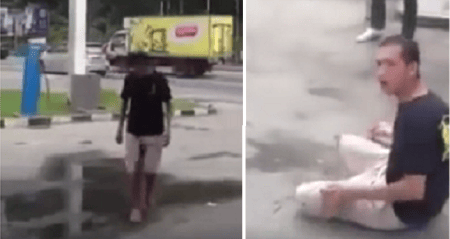