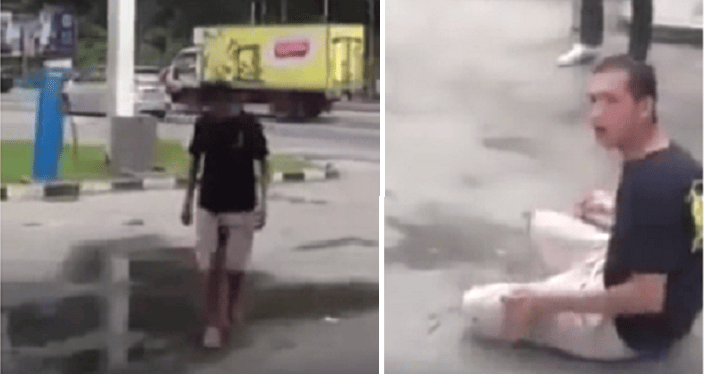 Malaysia has always had a negative perception of anyone who weren’t deemed ‘normal’.

If you were in any way different, you would have been looked down upon and bullied. The easiest targets for this discrimination are the special needs people.

A recent video of an OKU boy being mistreated in Kota Kinabalu went viral on social media. And netizens are absolutely enraged by this horrid scene.

The incident apparently took place in 2012 or 2014. But the video recently went viral again when Malaysian News Network shared it.

In the short video, a guy who looked to be in his 20’s was wandering near a petrol station. He was wearing a simple black T-shirt and beige pants but without any shoes or sandals on. 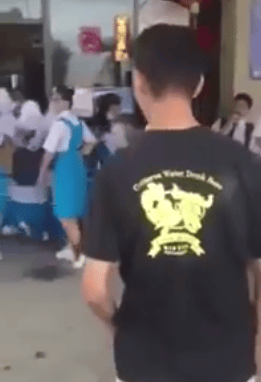 The guy was recorded moving towards a group of SM All Saints students who were taking shelter from the hot sun at the station. That was when things started getting ugly.

The OKU guy seemed to be excited by the throng of students and went closer towards them. But the teenagers reacted by screaming in fear and disgust while avoiding the man.

The schoolchildren can be seen watching the guy as though he was some kind of spectacle while keeping a ‘safe distance’ away.

All of a sudden, a school van caught the man’s attention and he immediately dashed towards it. 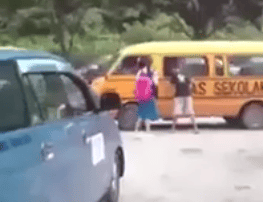 It seemed as though he wanted to climb into the vehicle from the back door. However, as he approached it, the door was unceremoniously shut right in front of his face.

He then went to the front passenger side and opened the door.

He was about to climb in when one of the students grabbed his shirt from the back and yanked him back until he fell to the ground! 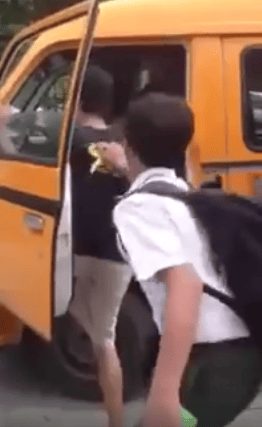 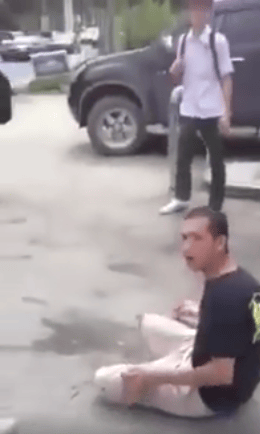 The poor man sat on the ground utterly confused as he looked around him while some students taunted.

Such terrible treatment toward a human being certainly sparked outrage among netizens. Many criticised the children for discriminating and even bullying the poor guy.

Some even bashed the parents for failing to teach their children how to respect people regardless who the person was.

“This is not the fault of the children for doing that to the OKU guy but the parents’ fault for teaching the kids to be disrespectful towards them.”

What do you guys think of these students’ behaviour towards the special needs person? 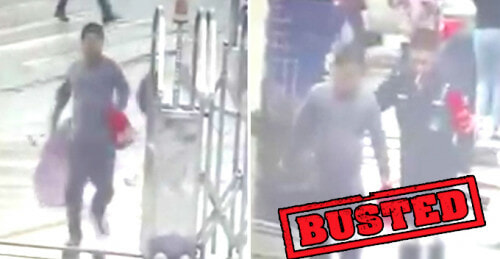