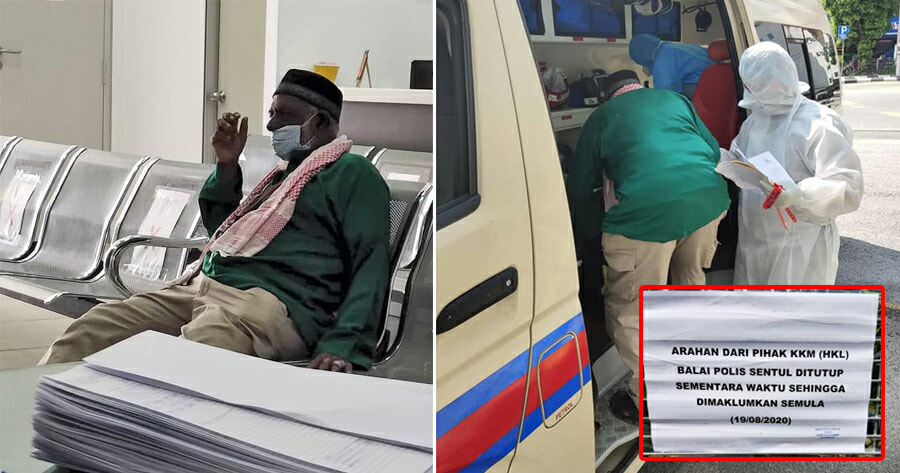 UPDATE: Sentul Police Station is now fully operational again as of 4pm on 19 August after sanisation processes were carried out.

Sentul District Police Chief, Assistant Commissioner S Shanmugamoorthy Chinniah, said in a statement that the complainant who made an inquiry at the counter was an 81-year-old man who arrived at the station at 10.20am to lodge a police report.

A staff at the counter found that the man showed Covid-19 symptoms like cough and shortness of breath after which they called Hospital Kuala Lumpur (HKL). An ambulance then arrived at 11am to pick the man up.

At about 2.20pm, HKL sent word that the man was not a Covid-19 patient and was actually a regular patient at HKL who had previously been admitted and treated there, reported Astro Awani.

“Sentul Police Station will operate as usual starting at 4pm after the second sanitation process,” he said.

A man who was assaulted for allegedly violating the quarantine order recently made a police report to the Sentul District Police Headquarters (IPD). However, the complainant was found to be wearing a pink tag and having cough symptoms. 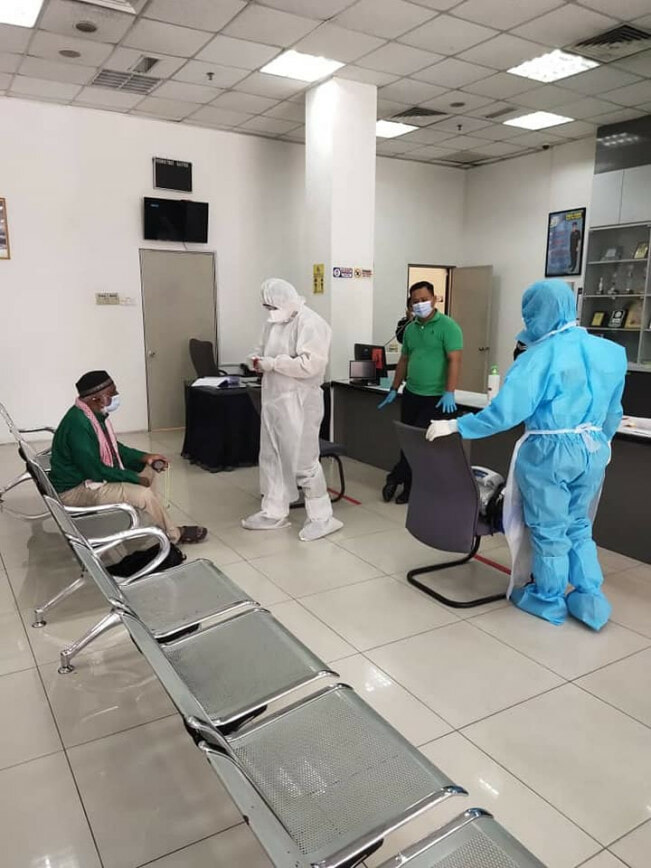 Inspector-general of police Tan Sri Abdul Hamid Bador said that action was taken after the police found the man wearing a pink bracelet at the station. The man was then reported to the Ministry of Health who ordered that the Sentul Police Station be partially closed.

Photos circulating on social media show the man sitting on a bench in the Sentul Police station and a sign at the entrance, informing the public that the police station was temporarily closed until further notice. The man is also seen getting into an ambulance. 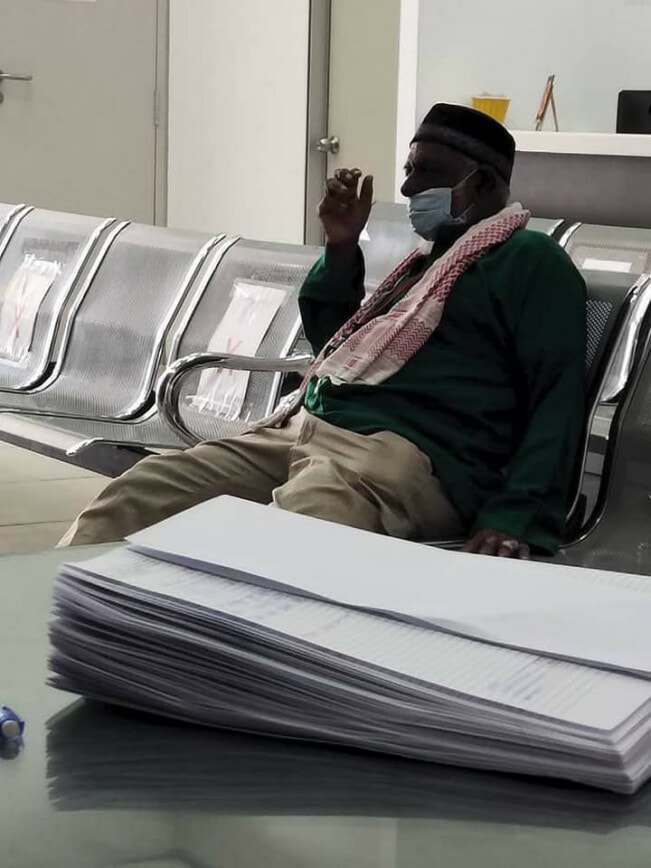 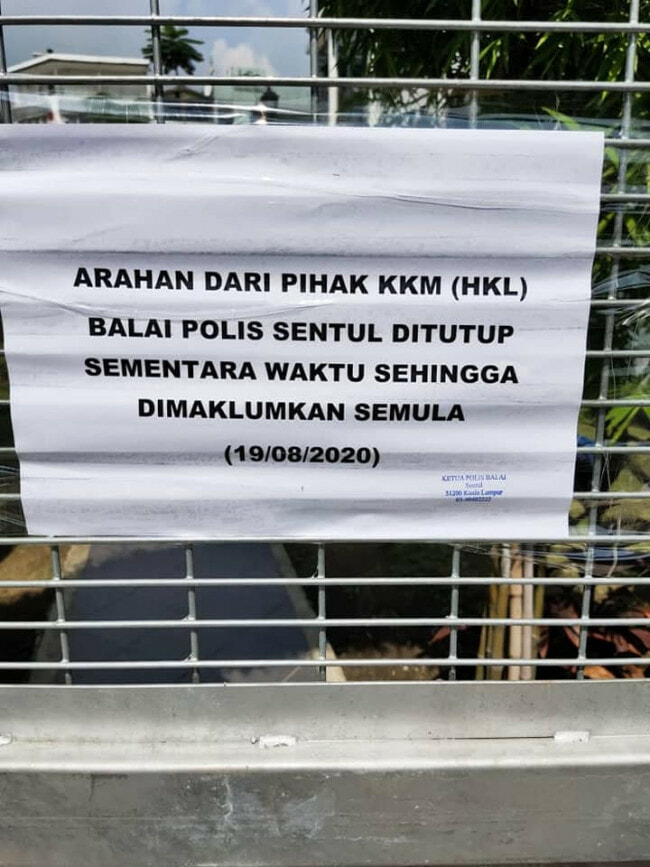 However, Abdul Hamid affirmed that the station is still running as usual and said that only the area at the inquiry counter was closed. He said this after attending the Khazanah Integrated Operation (OBK), reported Berita Harian.

Abdul Hamid added that more information on the matter will be announced by the Ministry of Health soon.

Meanwhile, the identity and nationality of the man still remains unknown at the time of writing. 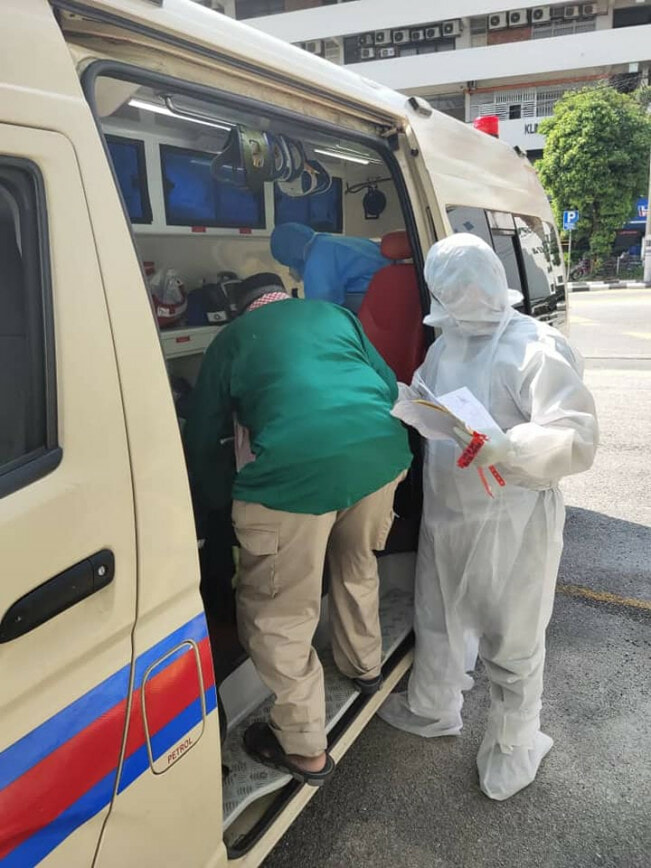 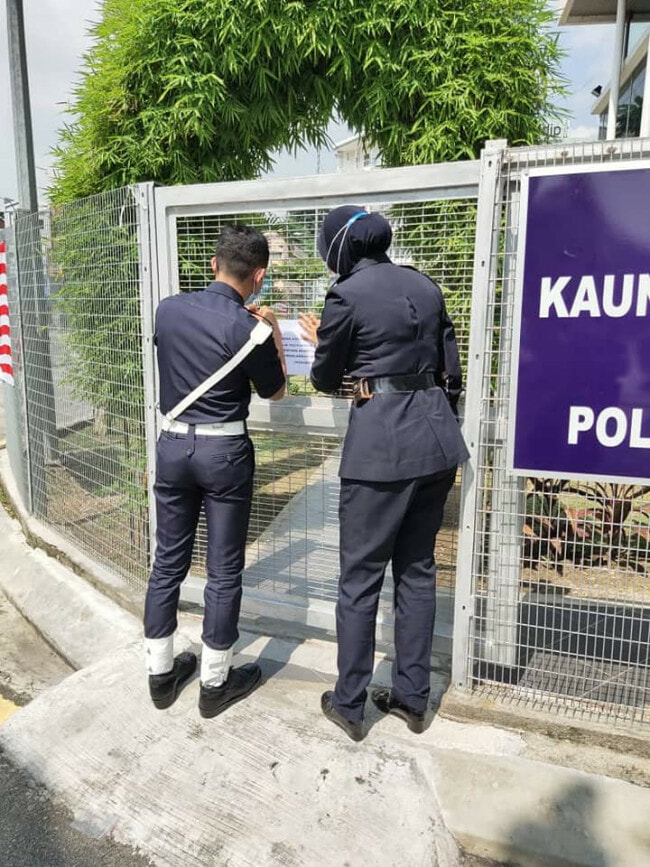