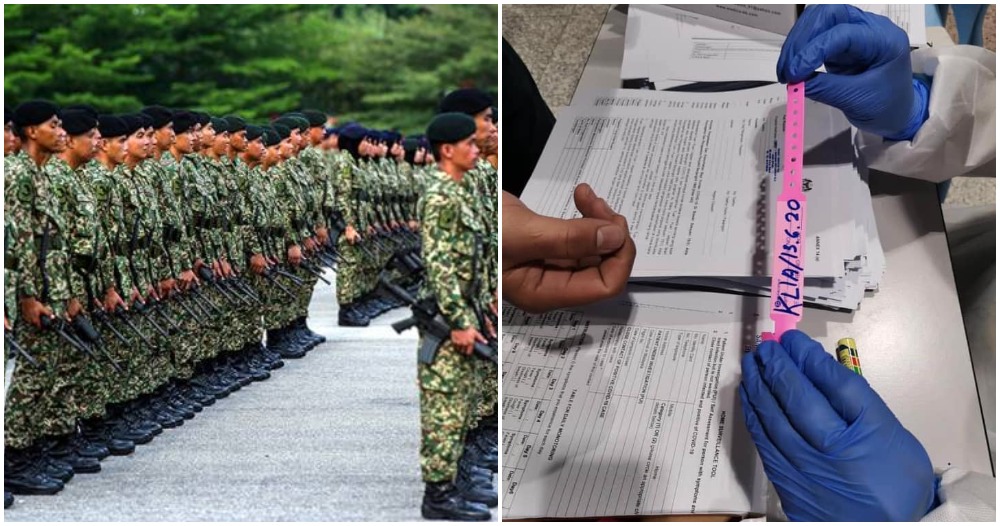 On 17 August, these soldiers aged between 23 to 28 and from Malacca, Kelantan, and Johor were seen walking around in Jalan Channel at 3pm, said the Assistant Commissioner, Stanley Jonathan Ringgit, from the Sibu District Police Chief. According to Harian Metro, each donning a white bracelet indicating their need to be quarantined, members of the public took immediate action against them and reported it to the authorities. Later, a task force was sent to investigate and tracked them down for their detainment.

The Assistant Commissioner continued in his statement that these soldiers returned to Sibu and were each issued a quarantine bracelet by the Ministry of Health (MOH). Upon further inspection, these men did not comply with the established SOP by undergoing quarantine in their barracks. The military men were seen released on police bail and the investigation will continue under Section 269 of the Penal Code and Section 22 (b) of Act 342 of the Prevention and Control of Infectious Diseases Act 1988.

What do you guys think? Let us know in the comment section!