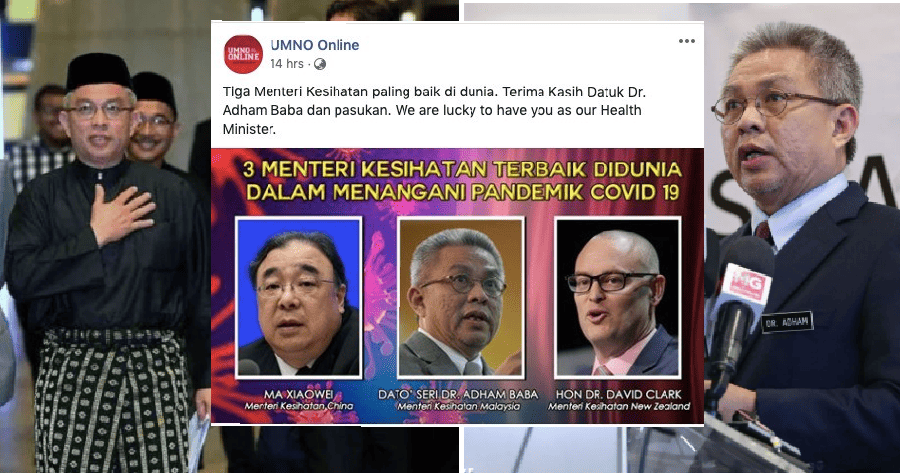 We’re truly blessed to have one of the best healthcares in the world under the Ministry of Health, but isn’t this claim a little bit too much considering it was not backed up with any statistics or survey?

From MCO to CMCO to RMCO, our Ministry of Health (MOH) have done an impeccable job in containing the spread of Covid-19. In fact, MOH efforts have been universally acclaimed to the point that Malaysia is recognised as one of the top 5 countries to have successfully contained the scathing pandemic, as reported by The Edge Markets.

Amazing weh! We’re so proud to be Malaysian. 🙂

One name that is synonymous with MOH has got to be its beloved Director-General, Dr Noor Hisham. Not the one to claim the credit for a team effort, Dr Hisham has even played down global recognition for his efforts and said that it was the nation’s efforts as a whole that was applauded and not his.

Well, as shared by the official Facebook page of the oldest political party in Malaysia, UMNO, our country has been bestowed with yet another global acclaim. This time, for having one of the top 3 best Health Ministers in the world in the form of Dato’ Seri Dr Adham Baba. 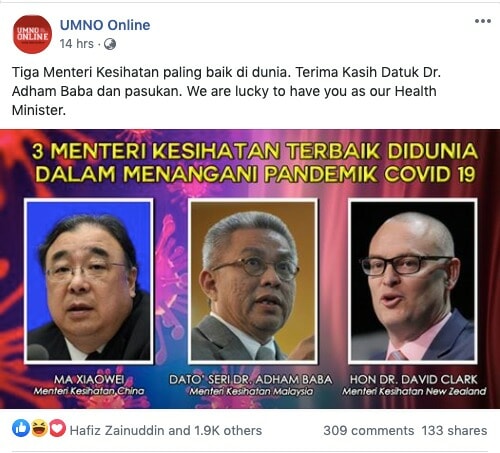 However, unlike the other mentioned MOH-related achievements, the recognition for Dr Adham Baba seems a bit perplexing.

Firstly, the Facebook post came literally out of nowhere. There were no mention of any statistics, reports or surveys to back up the claim. Furthermore, the Facebook page is the only one known to have shared this achievement with a quick Google search yielding no matching results.

The controversial figures of Ma Xiao Wei and David Clark

By far one of the most bewildering aspects of the poster is the randomness of the 3 Health Ministers mentioned. Besides Dr Adham Baba, the other 2 mentioned in the post are actually controversial figures in world health and was never included in any objective list of top world Health Ministers prior to this. 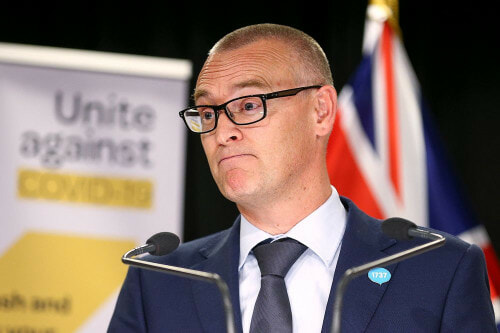 Dr David Clark, the Health Minister helming New Zealand has been receiving enormous pressure from the public to step down. This is because he was caught breaking the lockdown that his own government enforced TWICE! 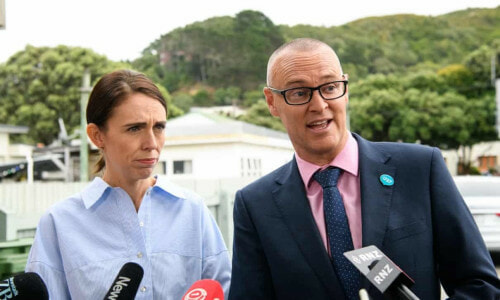 After pressure from the public, he offered his resignation to New Zealand Prime Minister Jacinda Ardern but was rejected.

However, Clark was reprimanded for his offence and was stripped from his Associate Finance Minister portfolio. Moreover, he was demoted to the bottom of the cabinet rankings. 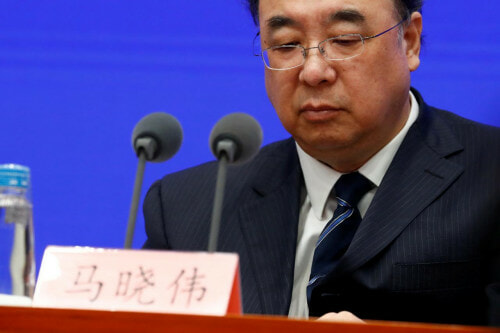 As for Chinese Health Minister Ma Xiaowei, his ministry and the Chinese government as a whole has been caught in a controversy regarding their inaction at the start of the pandemic. 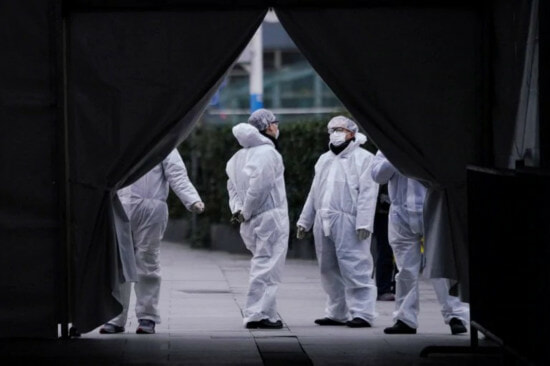 There are many that believed the virus could be contained if Ma Xiaowei and the Chinese government took swifter action and not wait for 6 full days.

The colourful character that is Dr Adham Baba 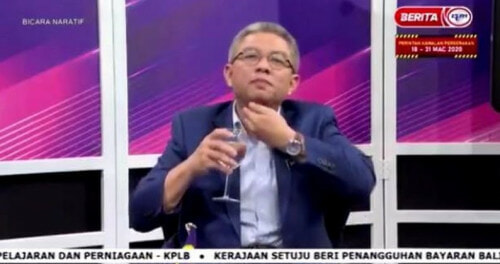 Putting this claim to the side, Dr Adham Baba himself has been part of several controversies recently, partly due to his bubbly and easy-going character.

Well, regardless of whether Dr Adham Baba is indeed the top 3 best Health Minister in the world or not, one thing is for sure: The MOH under his helm have successfully steered our country during one of the most difficult public health crisis in history.

At the end of the day, what’s important is not recognitions or achievements but that we continue to fight on and win this war against the invisible enemy that is Covid-19. #KitaMestiMenang 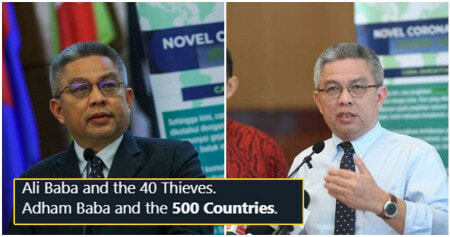