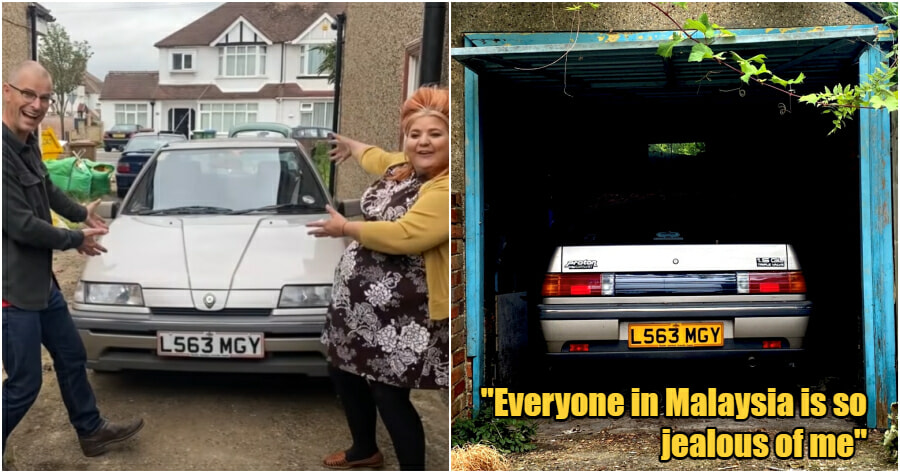 “We have won the Internet today all thanks to the lovely Saga.”

To some, the Proton Saga is simply an old vintage car that nobody would bat an eye on. However, the vehicle is still considered a big deal in the United Kingdom. It even managed to bag an award at the UK’s “The Hagerty’s Festival Of The Unexceptional” which is known to celebrate “the ordinary, maligned and unloved cars of the 1960s, 70s, 80s and 90s.”

In line with the UK’s love for the vehicle, car enthusiast Matt Richardson’s recently posted a video on his YouTube channel expressing his excitement over the discovery of an old Proton Saga which had been kept in a barn for a decade! 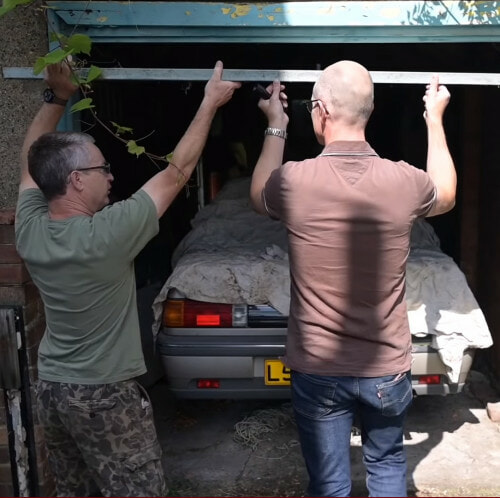 A first look at the car shows that parts of it were covered in blankets, some specks of dust as well as spider webs which were visible by the windows. 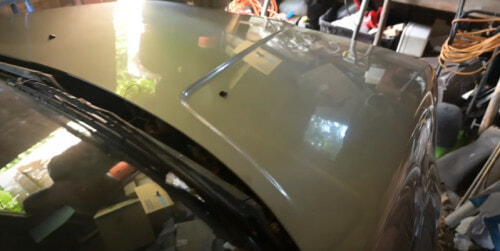 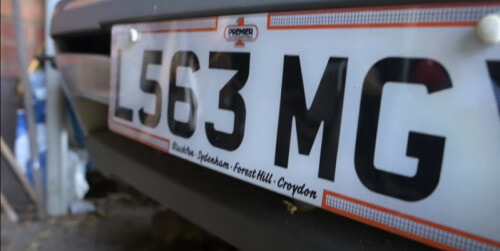 Given how the vehicle had not been driven for 10 years and with only mileage of 10,274 miles (approximately 17,000 kilometres), Matt was ecstatic when he saw that the exterior bodywork, plate number and seats still looked brand new. As the icing on the cake, the paint of the car has not come off at all, not even the slightest bit.

Matt said that “I am told, the gentleman who owned this car, only drove it very sparingly and SORN (Statutory Off Road Notification) it in 2010.” That was apparently the last time it was moved.

“These were the selling points. They were tough cars in Malaysia and it was the default taxi cab in Malaysia.”

As Matt went through the engine, he was shocked to find it also in good condition, to which he felt convinced that it could be ignited easily. However, the old condition of the battery had rendered the 1994 Saga Iswara to be non-functional, despite attempts to jumpstart it.

He also described the smell of the interior part of the car as unique and said, “Like a dentist, but rubbery.” 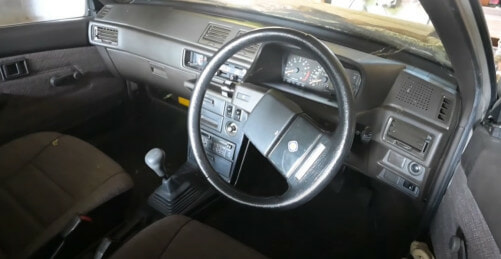 Classic car enthusiast Stephanie Holloway who runs a YouTube channel called idriveaclassic appeared in the video alongside Matt and was revealed to be the buyer.

In the video, the two meet in front of the garage to review and do a proper inspection of the vehicle in which Stephanie uploaded a 14-minute video of her experience with the car at the barn.

In Stephanie’s video, the engine immediately started once the old battery was replaced with a new one. It was the only item changed in order to bring the car back to life again. The two were also shown testing the brakes, signal lights, windscreen wipers and the air-conditioner, all of which to their surprise, worked perfectly well just as if it was a brand new car! 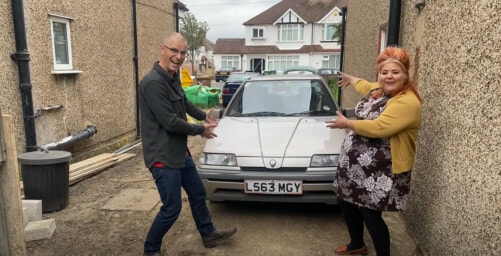 Both Matt and Stephanie appeared to be jubilant throughout the video and kept praising the previous owner who took such great care of this “piece of history”.

Stephanie was so satisfied with her purchase and even said that she and Matt have won the Internet today all thanks to the lovely Saga.

“Everyone in Malaysia is so jealous of me.”

According to Matt, the car was initially going to end up as a piece of junk as the owners wanted to get rid of everything in the garage where the car was parked but changed their mind after being convinced to sell off the car.

At the time of writing, both of their videos have garnered 208,000 and 188,000 views, respectively. Unsurprisingly, it even caught the attention of some Malaysian viewers who expressed their excitement upon seeing the local icon being appreciated overseas.

One user said, “I’m proud to be a Malaysian because they still have units of Proton cars over there in the UK, although the Proton company isn’t operating there anymore. Thank you all!”

Proton has always been one of Malaysia’s sources of pride, and will forever continue to make us proud!

Check out their full videos here and here. 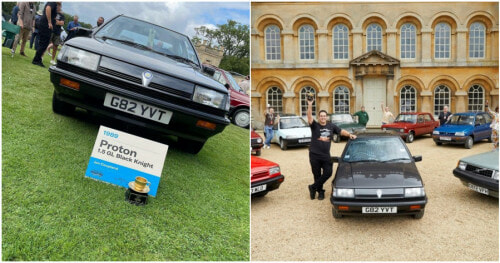