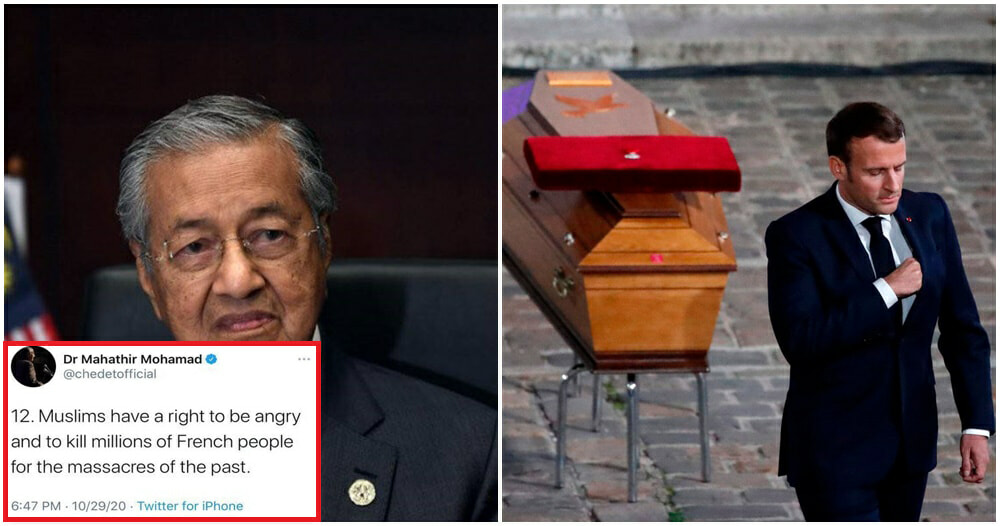 After the French President, Emmanuel Macron’s discriminatory remarks which labelled “Islam as a crisis in the world,” and the recent beheading of a French teacher, Samuel Paty, many important figures have taken to social media to express their anger at the nation leader’s utter disregard for the Muslim population. 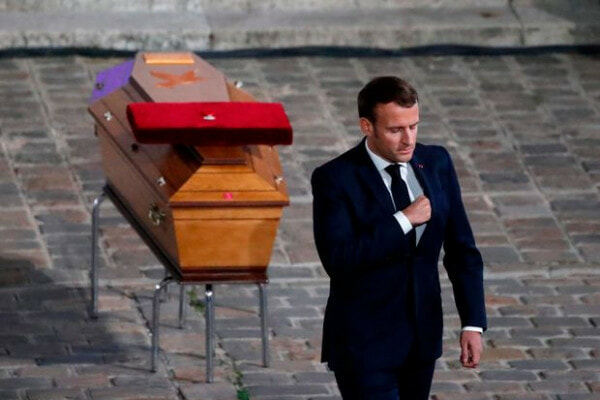 One such figure is former Prime Minister, Tun M, who broke his silence on the matter yesterday (29 October) by posting a series of tweets addressing President Macron’s insulting comments. 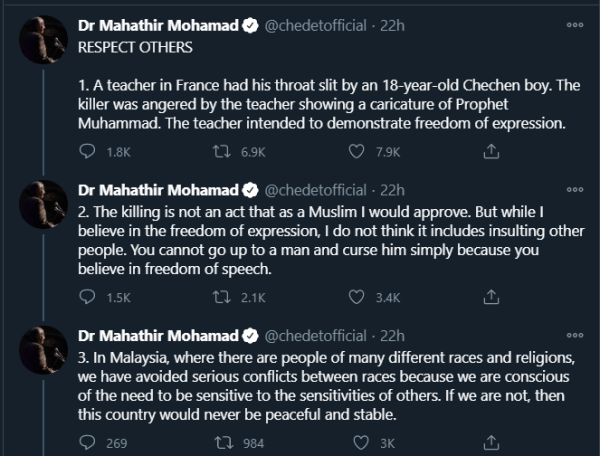 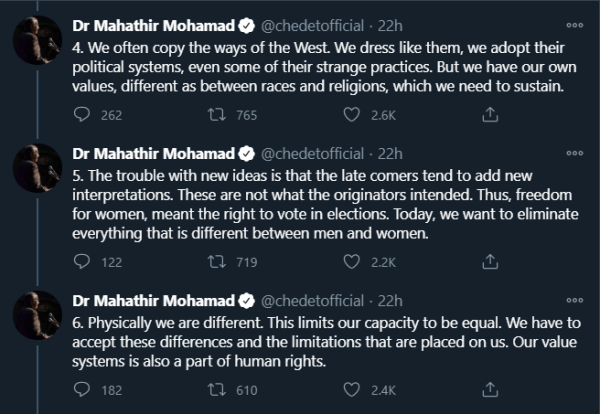 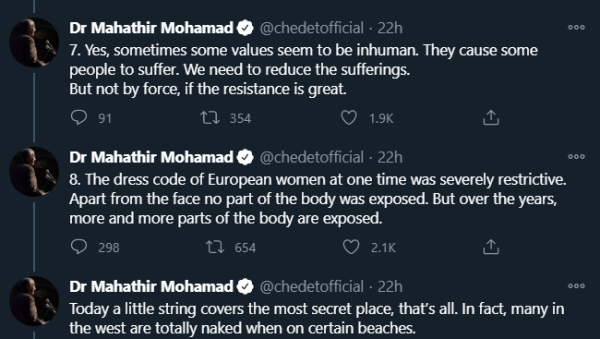 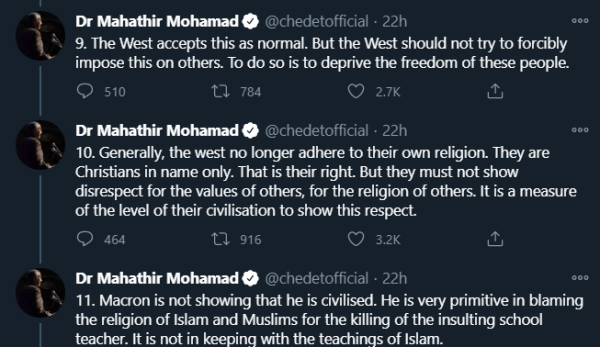 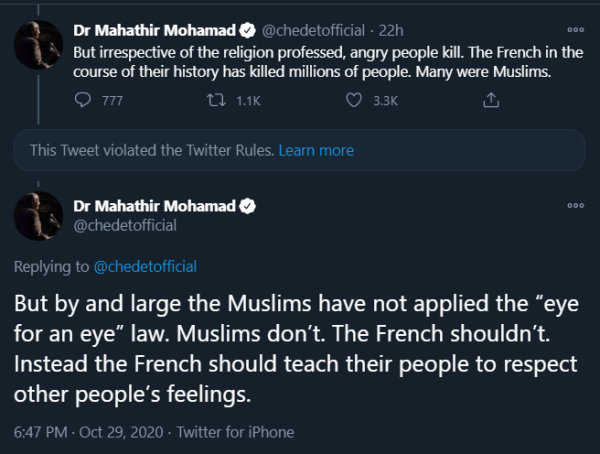 In a tweet that has since been hidden by Twitter for “violating Twitter rules about glorifying violence”, Tun M said “Muslims have a right to be angry and to kill millions of French people for the massacres of the past”. 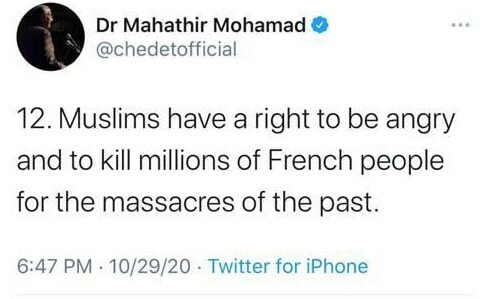 While this statement might appear to be rather jarring, Tun M said that he does not condone killing and Muslims don’t apply the “eye for an eye” perspective. “Muslims don’t. The French shouldn’t. Instead, the French should teach their people to respect other people’s feelings.” 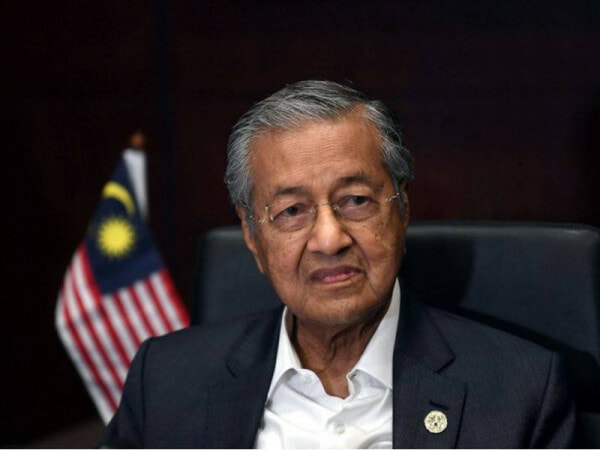 “Since you (President Macron) have blamed all Muslims and the Muslims’ religion for what was done by one angry person, the Muslims have a right to punish the French. The boycott cannot compensate the wrongs committed by the French all these years,” continued the Langkawi MP in his tweet thread.

Recently, French President, Emmanuel Macron received backlash for his comments made in the high school teacher, Samuel Paty’s memorial. The educator was stabbed and beheaded by a Muslim student and Chechen refugee, Abdoullakh Abouyedovich on 16 October. The incident occurred when Paty showed pictures of Prophet Muhammad published in a satirical magazine, Charlie Hebdo during a class. However, such caricatures of the Prophet are considered profane by Muslims. 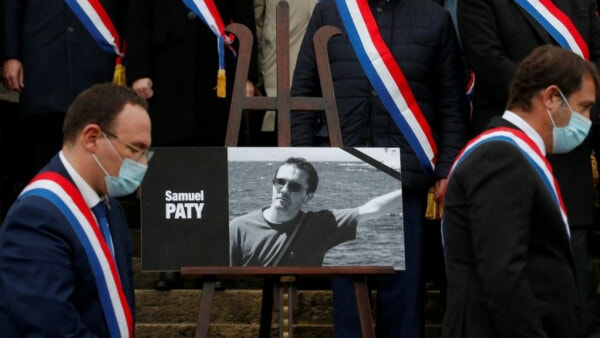 During Paty’s memorial, French President Macron supported these satirical cartoons and declared war on Islamist Separatism, further provoking the Muslim population. France’s Muslim community is the largest in Europe, comprising about 10% of the population.

Since Tun M published the tweet thread, Malaysia is making headlines again as the controversy garnered the attention of international publications like the Independent, SCMP and the Australian. 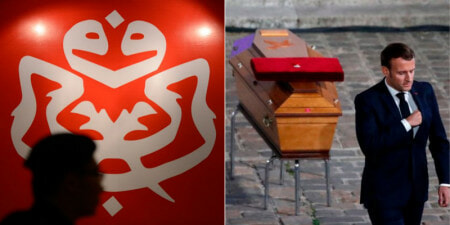