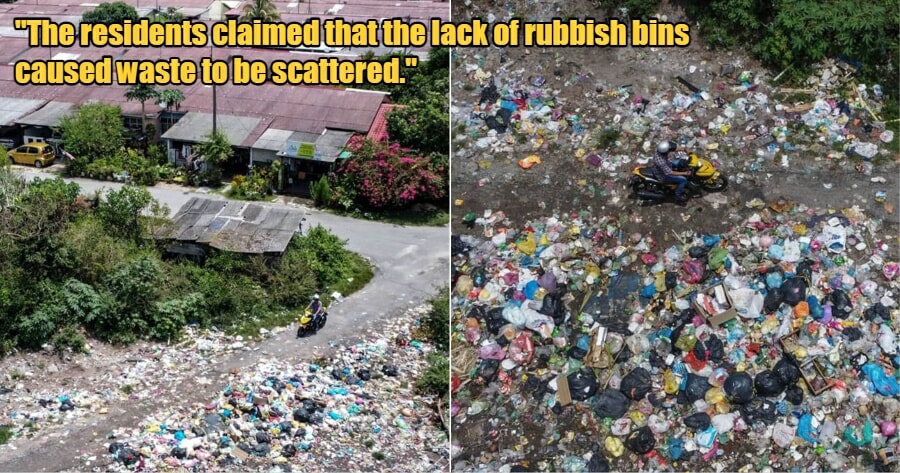 In Malaysia, often times if trash is not thrown directly into a rubbish bin and is spewed around the designated area, it’ll be ignored by sanitation workers.

But, this has caused quite the sight at a neighbourhood in Terengganu.

BERNAMA took to their Facebook page to showcase what looks like a rubbish street drive-thru in the residential area and it is insanely gross. 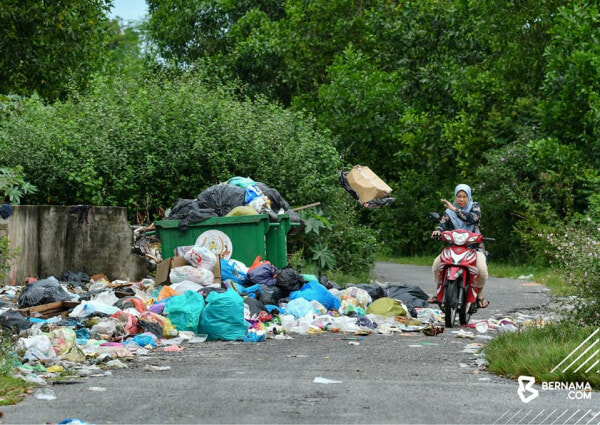 They wrote, “A resident was seen throwing rubbish outside the bin during a survey in a residential area in Mengabang Lekor, Kuala Terengganu today (October 3). When we met, the residents in the area claimed that the lack of rubbish bins caused waste in the area to be scattered until it filled the road area that has more than 100 residents.”

The people there basically blamed sanitation workers for only collecting the garbage that is inside a bin provided and are worried for the rubbish has attracted unwanted visitors. 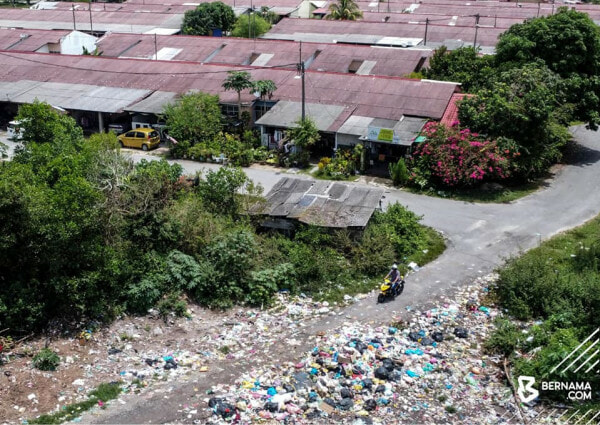 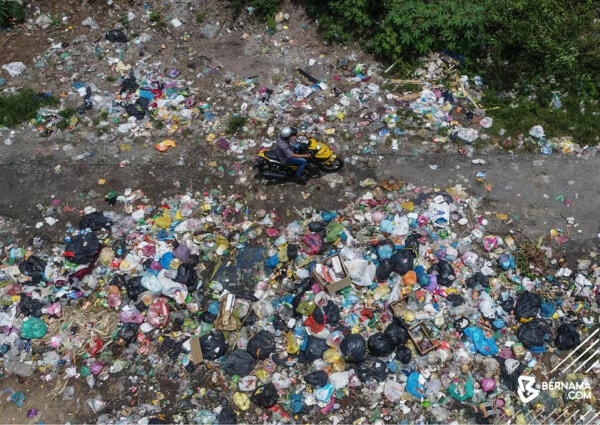 “Residents are also worried about their safety due to animals such as wild boars and lizards roaming around the garbage area in search of food.”

“Therefore, it is hoped that the authorities will be able to take immediate action to ensure that the area is clean, by building a better rubbish management area for the comfort and safety of the residents,” they added.

Doesn’t situations like this feel like they could have been prevented from the beginning instead of waiting for it to get this bad? We genuinely hope that the residents of the area and the city council works together to get the place cleaned up. 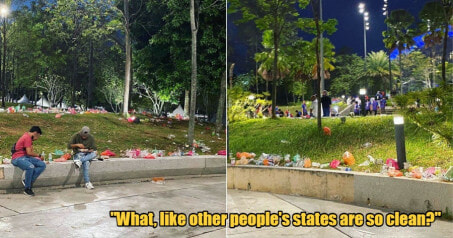