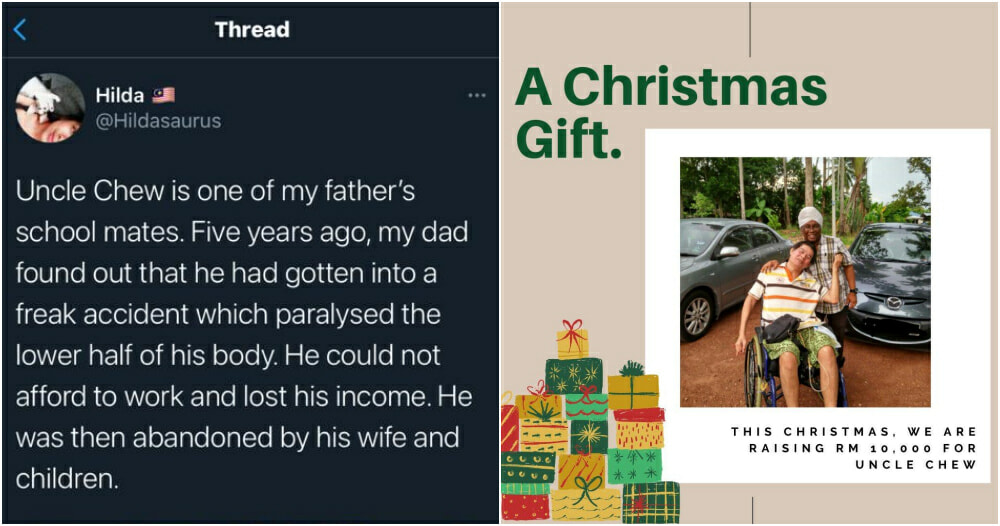 Recently, a Tweet by a young Malaysian girl named Hilda was circulated all over social media. She shared a heartbreaking story which later than turned into a heartwarming story with the help of many netizens.

Hilda Paviter, 25,  shared a story about a man she referred to as Uncle Chew, who was school mates with her father back in the day.

Uncle Chew is one of my father’s school mates. Five years ago, my dad found out that he had gotten into a freak accident which paralysed the lower half of his body. He could not afford to work and lost his income. He was then abandoned by his wife and children. pic.twitter.com/fTpTiJgKj2

“I was on a call with my parents and they told me about how Uncle Chew was struggling financially because there were a bunch of things he needed such as a new bed, money for his catheter change, a new wheelchair and other stuff,” she said.

Hilda said her parents did give Uncle Chew some money however, they were still upset as they couldn’t do more for him.

“My mum then suggested this fundraiser. I’ve conducted a fundraiser before, at the beginning of the year, to buy spectacles for two of my students who couldn’t afford it,” she said.

“When someone recently mentioned to my mum about the spectacles fundraiser, she asked if it would be possible to do the same for Uncle Chew. I loved the idea as I’ve always wanted to do something for him but just never had the push,” she added on.

Hilda also explained that she did not like the idea of purely asking for donations from people who did not know Uncle Chew. Hence, she wanted to show people she was willing to work for it.

She aimed to fundraise a total amount of RM10,000 by selling jars of chocolate chip cookies for RM30 per jar.

These are infographics that I have created in order to make it easier to share. Please feel free to use them and to get the word out there.

Let this be a special Christmas for Uncle Chew ❤️🎄 pic.twitter.com/LnzWkhPq1Q

“I pitched it out to a few friends, and they were very supportive of the idea. Right before I posted, I checked again with them by asking “Is RM10k too much? What if I can’t achieve it?” I even thought of lowering it down to RM5k because I wanted to play it safe,” she said.

She added on to say “But that’s the thing, if you always play it safe, you’ll never be able to experience the joy and miracles that can happen.”

The response over the chocolate chip cookies fundraiser for Uncle Chew was overwhelming.

In less than 12 hours, Hilda was already very close to her target. A while later she had to close the orders and get to work.

“I’ve learnt so much throughout this experience. I’ve seen the beauty of peoples hearts and again I am amazed by it. I love the idea of this huge community that is coming together to help Uncle Chew,” Hilda tells us.

“Everybody has been very kind and supportive. This is all possible because of people like them. I am thankful for all the people who took the time to reach out to me and cheer me on, for the people who shared, contributed, bought cookies and just became part of it in their own way,” she said.

“I never expected it to go this far but I guess this is my Christmas miracle,” she added on. 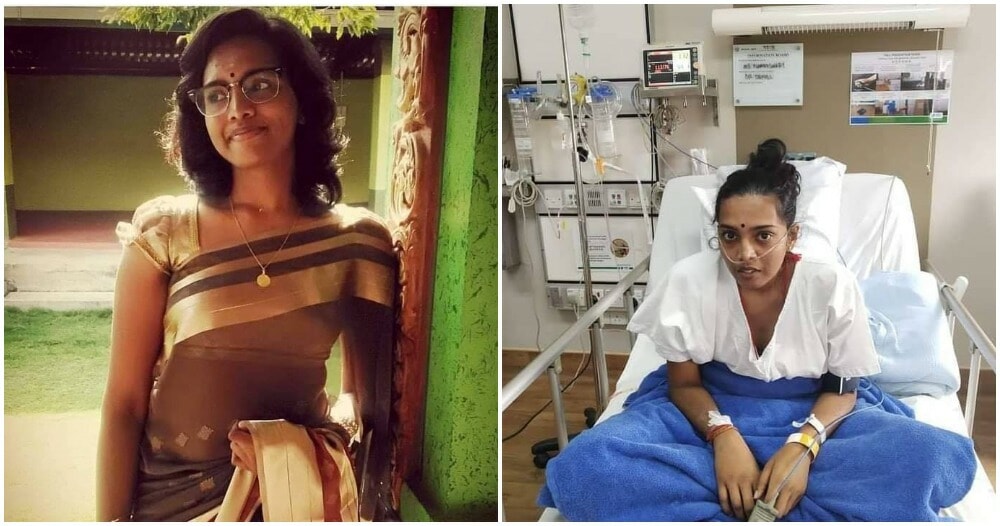