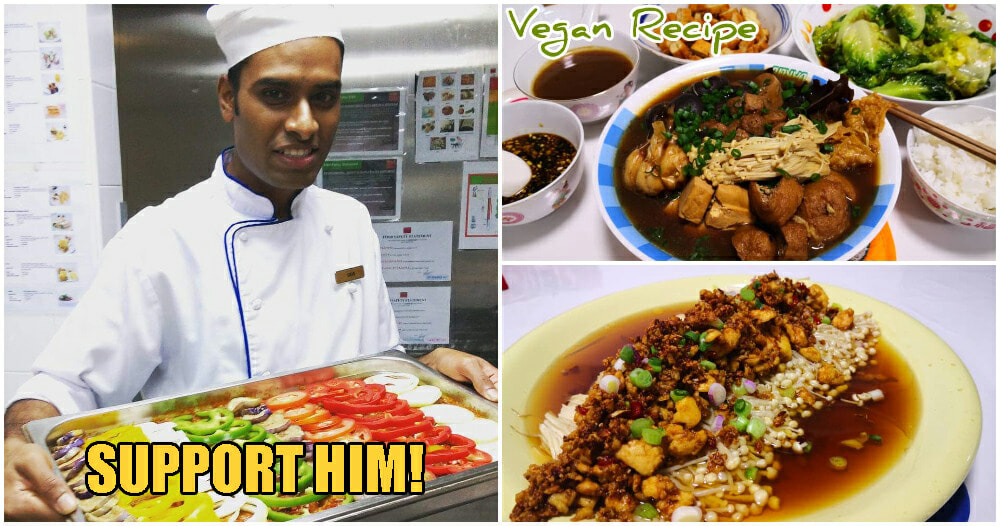 Covid-19 and the subsequent Movement Control Order not only impacted the health of many but also the livelihood of many Malaysians. In this situation, the easy way out would be to give up but this Johor-born chef took the loss of his job as something positive.

After losing his job, he handed out notes to neighbours

Chef Dave hails from Segamat, Johor and graduated from the United Kingdom in Hospitality Management Bachelor and MBA. He worked with 5-stars international brands since 2012 and in 2019, he was sailing in a Disney cruise line as a western cuisine chef. 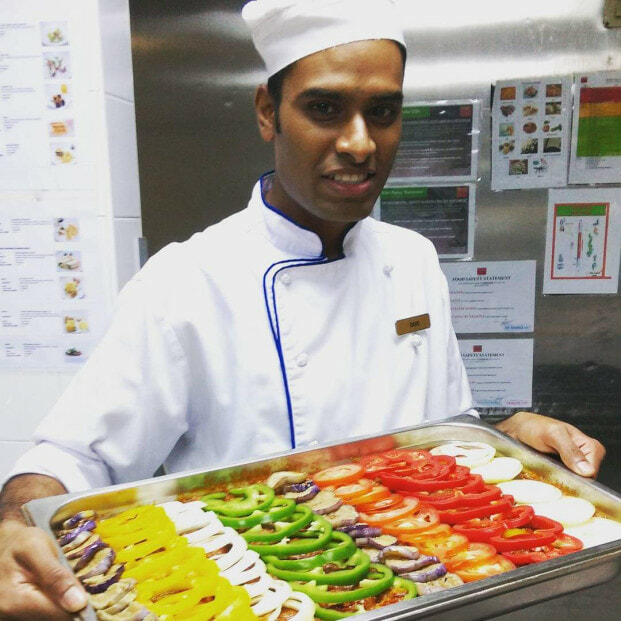 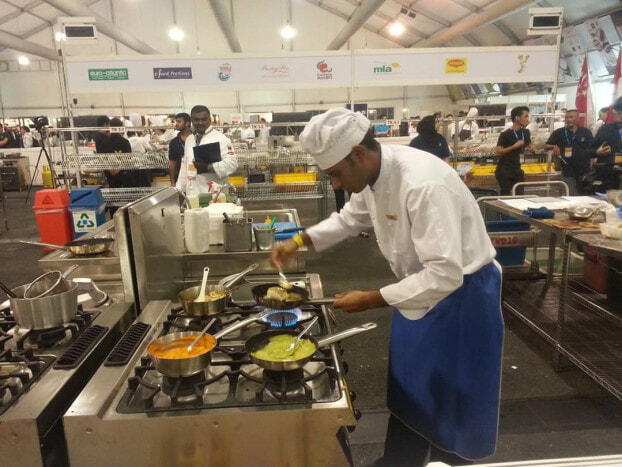 Unfortunately, in February this year, his contract with the cruise was not renewed due to the Covid-19 pandemic. He found himself jobless during the midst of the economic downturn. Instead of going on about his bad luck, he decided to focus more on his YouTube channel, Chef Dave Vegan Journey.

What intrigued us about his story is his determination. When his YouTube channel was lacking subscribers, he decided to print pamphlets and distribute it around his apartment complex. 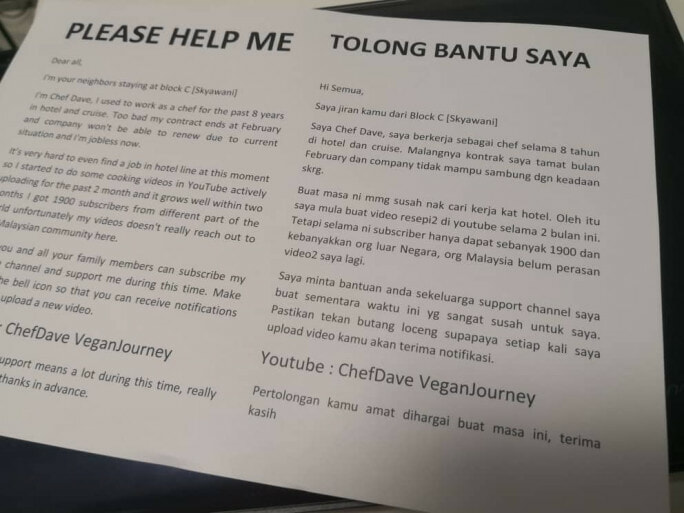 Dave’s turning point came in late 2019 when he started to realise the issues of climate change and the contribution of animal agriculture towards our environment but he couldn’t make a decision until he watched 2 videos about cruelty in the egg industry, as well as the dairy industry, which made him extremely emotionally disturbed.

“I started to realise how poor am I as a chef sailing around the world, working with top companies in the industry yet failed to even know where does my ingredients come from!”

In 2020, he decided to make the decision of becoming a full-time vegan stand in solidarity with animals. This decision truly impacted him and when thinking about the future and his career. 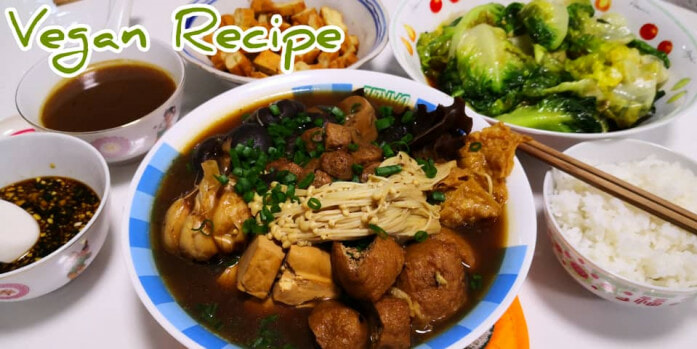 After Sugu Pavithra, ChefDaveVeganJourney is another Malaysian channel you should follow! Why pit them against each other when you can support them both? Dave’s speciality is, of course, all his food recipes are vegan and environmentally friendly. So, from Day 1 of MCO, he uploaded a video every single day of all veganised version of Malaysian cuisine that people can easily be prepared at home.

He does his video production all by himself and just edits it using his phone with subtitles in three languages (Malay, English, Mandarin). 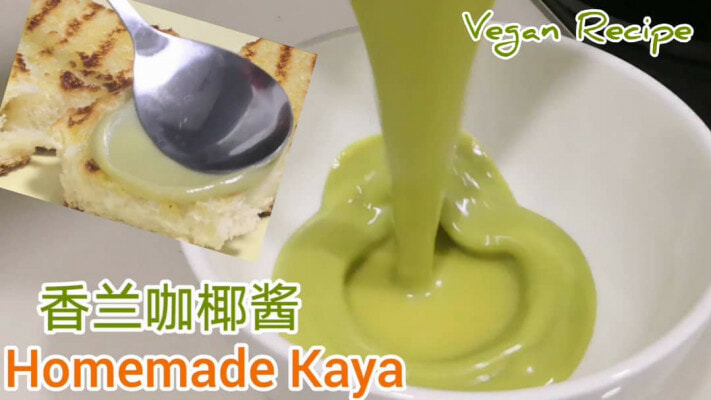 After 30 continuous days of video, Dave felt a little demotivated as his videos weren’t doing as well as he’d hoped to. This is what lead to him printing out flyers and distributing it around his apartment complex.

The amazing hearts of people out there 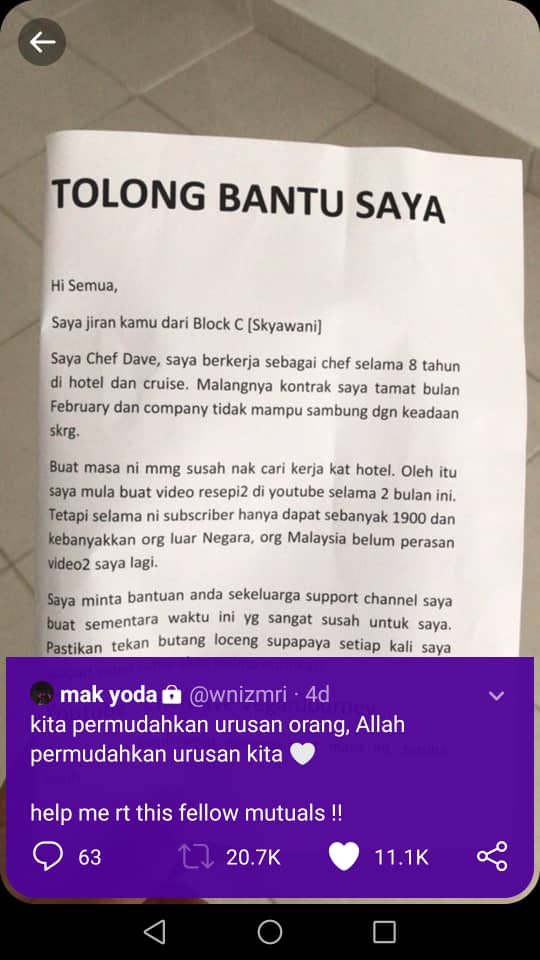 “We make the lives of others easier, Allah will make our lives easier.”

Believe it or not, after this tweet, his channel blew up and gained 10K subscribers overnight! Currently, his channel has 16K subscribers. One of his neighbours even reached out to WORLD OF BUZZ to do a feature about him so he could receive more support.

It’s important that we support our local content creators, especially during these trying times. You can follow Chef Dave here!

Dave’s story is an inspiring one of you never give up even in a moment of adversity. If you have a dream and work hard for it, the whole universe will help you achieve it. We wish Chef Dave good luck and keep striving forward!