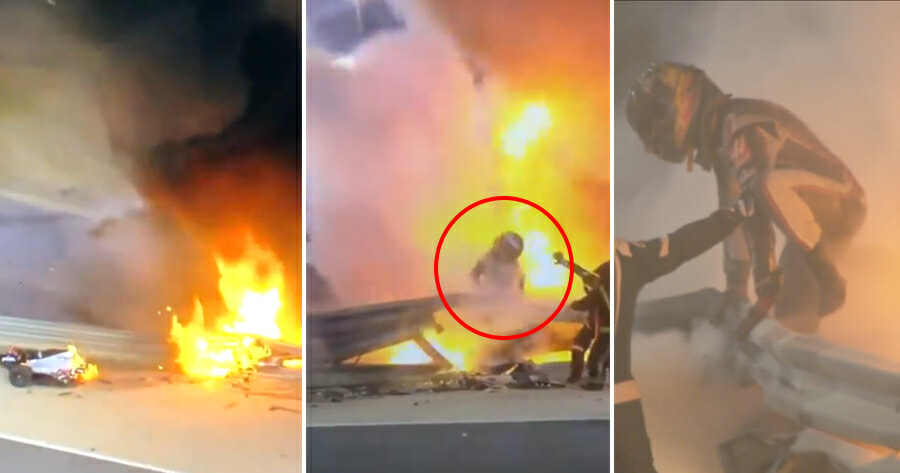 Formula 1 racer, Romain Grosjean had a close call with death when his Haas car split into two and burst into flames after he crashed into a barrier during the Bahrain Grand Prix on Sunday (29 November).

34-year-old Grosjean was fighting for position among his rivals when he veered right, causing the right end of his car to hit the left front of Daniil Kvyat’s AlphaTauri.

Several moments after the blaze erupted, the rescue team arrived at the scene to put out the fire. At this point, the rescue team was unclear if Grosjean had survived the crash, but he was seen extracting himself from the destroyed car seconds later.

The medical team received Grosjean who was relatively unscathed and only suffered slight injuries. Formula 1 confirmed the incident in a Tweet, saying that Grosjean had light burns on his hands and ankles.

“Romain is doing okay, I don’t want to make a medical comment but he had light burns on his hands and ankles. Obviously he’s shaken… I want to thank the rescue crews who are very quick. The marshals and FIA people they did a great job, it was scary”

Formula 1 Champion, Lewis Hamilton also took to Twitter to express his relief while waiting for the race to restart.

“I’m so grateful Romain is safe. Wow… the risk we take is no joke, for those of you out there that forget that we put our life on the line for this sport and for what we love to do. Thankful to the FIA for the massive strides we’ve taken for Romain to walk away from that safely,” he said.

Meanwhile, Grosjean was lucky enough to survive this near death experience, thanks to the Haas’ halo cockpit safety device, which is a protective ring around the driver’s head.

The halo was first introduced after the death of French driver Jules Bianchi, who suffered massive head trauma when he went headfirst into a trackside crane six years ago, reported Mumbai Mirror.

“I wasn’t for the halo some years ago but I think it’s the greatest thing we brought to Formula 1 and without it I wouldn’t be able to speak to you today,” Grosjean said from his hospital bed.

“Thanks to all the medical staff at the circuit, at the hospital, and hopefully I can soon write you quite some messages and tell you how it’s going.”

An update from Romain himself. Pleased to see you’re in good spirits! We hope you make a speedy recovery 🙏 pic.twitter.com/njnjjH4GBi 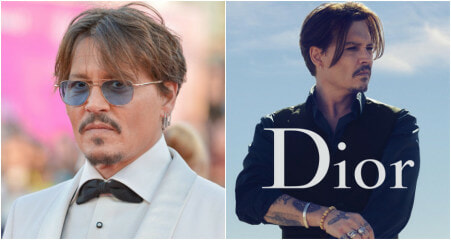