As if having our houses robbed isn’t scary enough, imagine having the person trying to break into your house nag you to let them in.

If not scary, it is strange!

Unfortunately, this peculiar incident happened to 3 Malaysians when they found their shared rented house being the target of a creepy man trying to break into their home 3 days in a row. 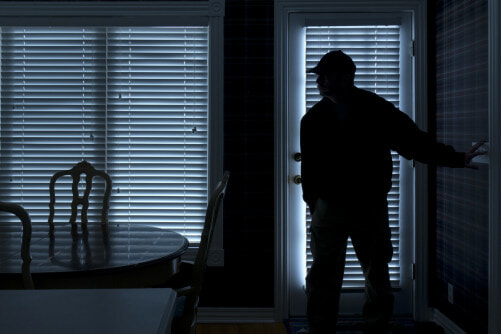 In a Twitter thread by Darwisy (@darwisy_aziz), he shares his and his 2 housemates’ experience dealing with the man.

It all started on Friday (July 1, 2022) when the man started making noises at one of their housemate’s room’s windows. He repeatedly called out to Darwisy’s housemate, asking him to play with him, which the housemate ignored. 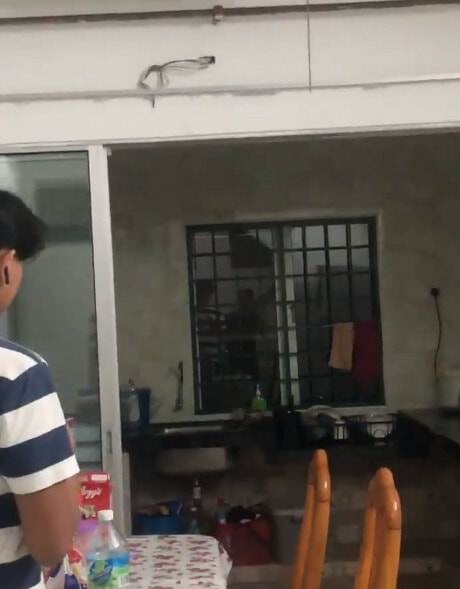 The next night, the man returned on a Saturday (July 2, 2022) evening. This time, he was so loud that Darwisy’s housemate got scared, prompting him to call Darwisy and the third housemate to his room.

“With his hair like that and his voice high-pitched, it made us scared too,” said Darwisy.

It was alleged that the man kept asking them to let him into the house, play with him, and engage in sexual favours with him.

Taken aback by the man, they closed the window so they would not have to entertain him.

However, a few minutes later, they found that the man was now at the back of their house, trying to enter through the back door.

He was waving creepily at Darwisy and his housemates through the window. 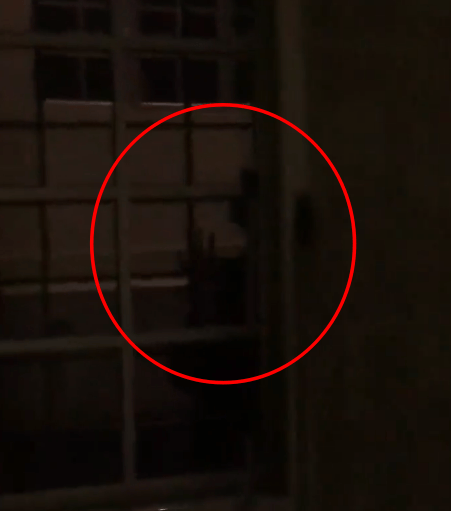 He even started shouting for Darwisy and his housemates to let him in, leading Darwisy to begin recording the ordeal as they tried to drive him away by threatening to call the police.

According to Darwisy, they did not call the police because they assumed the man was an OKU (a person with a disability).

The man breaks in

As Darwisy and his housemates were going to bed, they realised that the man had managed to come into their house. 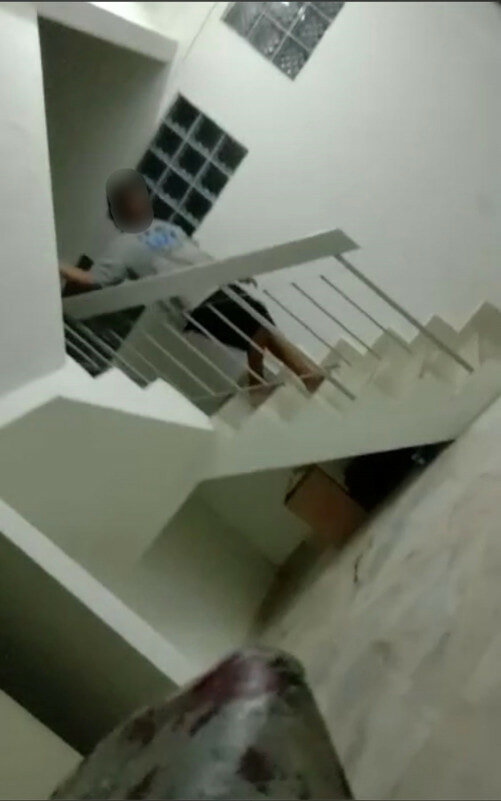 The rational thing to do would be to call the police, but they were so terrified that they could not think logically.

Although they were horrified to learn of the presence of the man in their house, they were even more appalled by the fact that it was the new tenant that had let the man in.

“He invited the intruder into his room and they were inside for about an hour,” Darwisy explained.

Darwisy also told WORLD OF BUZZ that he and his housemates were suspicious of the new tenant when they first saw him. He had a skinny build and had an odd and high-pitched way of speaking. 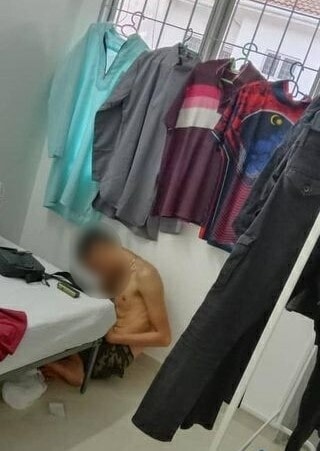 At around midnight, the man came out of the room and was shooed away by one of Darwisy’s housemates. They claimed that once outside, the man was still restless as he continued to run around in front of their house, causing a stir.

Is the intruder a druggie?

When asked if he thinks the man was under the influence of anything, Darwisy states that they “are very certain that he is not in possession of any substances, drugs or anything.”

However, the man’s behaviour was somewhat unusual as Darwisy claimed that the man even performed sexual acts in front of his housemate.

As of Monday (July 4, 2022), Darwisy had reported the incident to his landlord, who forced out the new tenant.

They have also bought new keys and locks to reinforce the house’s security.

Nonetheless, Darwisy has not lodged a police report.

That must have been so terrifying to go through! We hope Darwisy and his friends are recovering well.

Also read: PDRM Tracking Down Nude Intruder Who Only Wore A Face Mask In Shah Alam 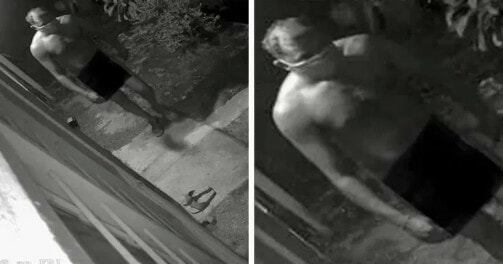