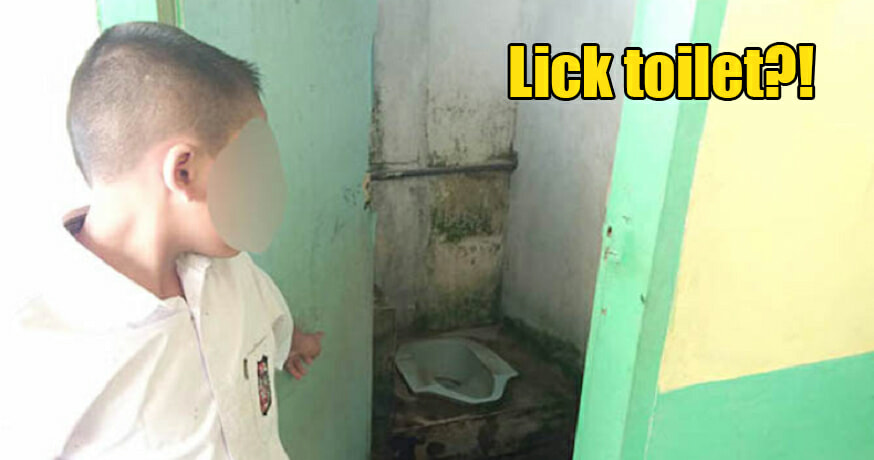 Remember the excuses you gave when you forgot to bring your homework to school? Oh, my dog ate my homework. I swear I brought it, but it magically disappeared. Ah, the good old days.

The worst punishment we could possibly get were either standing up for the whole period of class, running a few laps in the school compound or getting demerit points. I mean, no big deal right?

(PS: All identities are quoted in initials)

The elementary student, MB, was subjected to such revolting corporal punishment by his teacher, RM, for failing to hand in his homework in an elementary school located in Cempedak Lobang village, North Sumatra last week, Coconuts Jakarta reported. 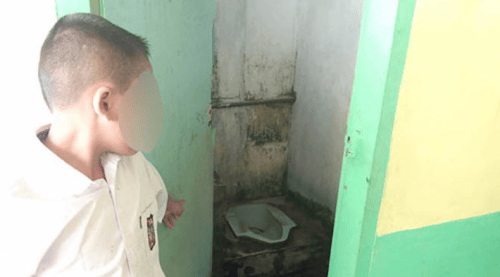 Just look at the condition of the toilet…

Obviously, his parents were furious and upset over the teacher’s action, and they proceeded to lodge a complaint.

“My son was told to lick the toilet 12 times. But after four licks, he vomited,” said SH, MB’s mother.

She said it would be acceptable for her son to be punished to clean the toilet; however, the teacher had gone overboard and subjected him to such harsh punishment that could endanger her son’s health.

“My husband stormed into the school to meet with the teacher. I’m angry, upset. How are there no other punishments?” she said.

The regency’s education board has confirmed that the incident took place and that they had sanctioned the teacher. However, the teacher was just transferred to another school as her sanction, which was deemed surprisingly light, considering what she had put her student through. Hey that’s not fair at all!

“Based on our investigation, the teacher in question punished the student for not doing his work. We have sanctioned RM by transferring her to a public elementary school in Tebing Tinggi,” said Sergei Bedagai Regency Education Board Head Joni Walker Manik.

“She is human, she can make mistakes. But we’re not defending her. We are counseling her and gave her a sanction for her actions,” he said.

This is not the first time such disturbing incidents have happened in Indonesian schools. Last year, a teacher was reported roughing up a kindergartner by pulling and shaking her violently.

No matter what mistakes children make, it is still wrong to punish them in such inhumane ways!

Also read: Mum Seeks Justice for Abused 3yo Daughter After School Won’t Do Anything 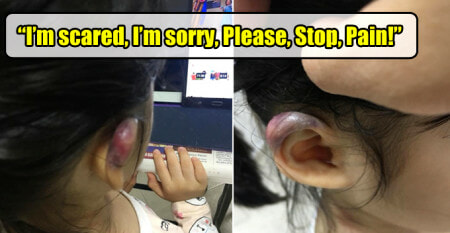