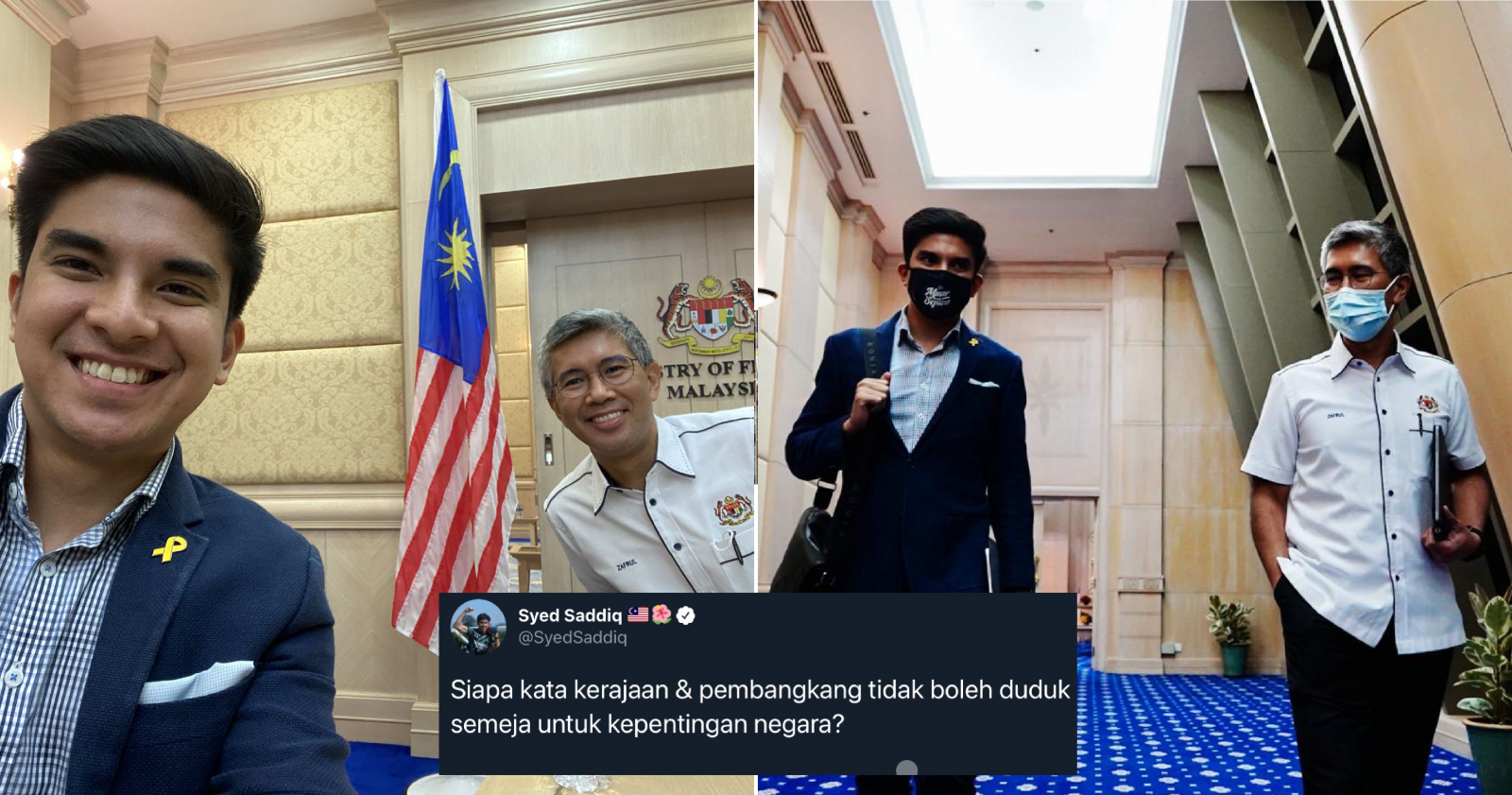 If you’ve been living under a ‘tempurung’ for the past week or so, we are really envious of you! Malaysia was on the brink of a state of emergency brought forth by political uncertainties which would cause unprecedented impact to our economy and livelihood.

However, thanks to the the wisdom of our beloved King, His Majesty Yang Maha Mulia Seri Paduka Baginda Yang di-Pertuan Agong Al-Sultan Abdullah Ri’ayatuddin Al-Mustafa Billah Shah, a crisis was averted.

The Yang di-Pertuan Agong advised for politicians to stop politicking but instead focus on national stability and curbing the spread of Covid-19. The first massive task for achieving just that is by approving Budget 2021 which will be tabled in Parliament on November.

Therefore, bipartisanship is what Parliament needs in order to draft the best Budget 2021 that benefit the nation and its rakyat and get it approved. Just yesterday, two relatively newcomers in the Malaysian political scene showcased just that and proved that the government and opposition CAN sit down and work together! 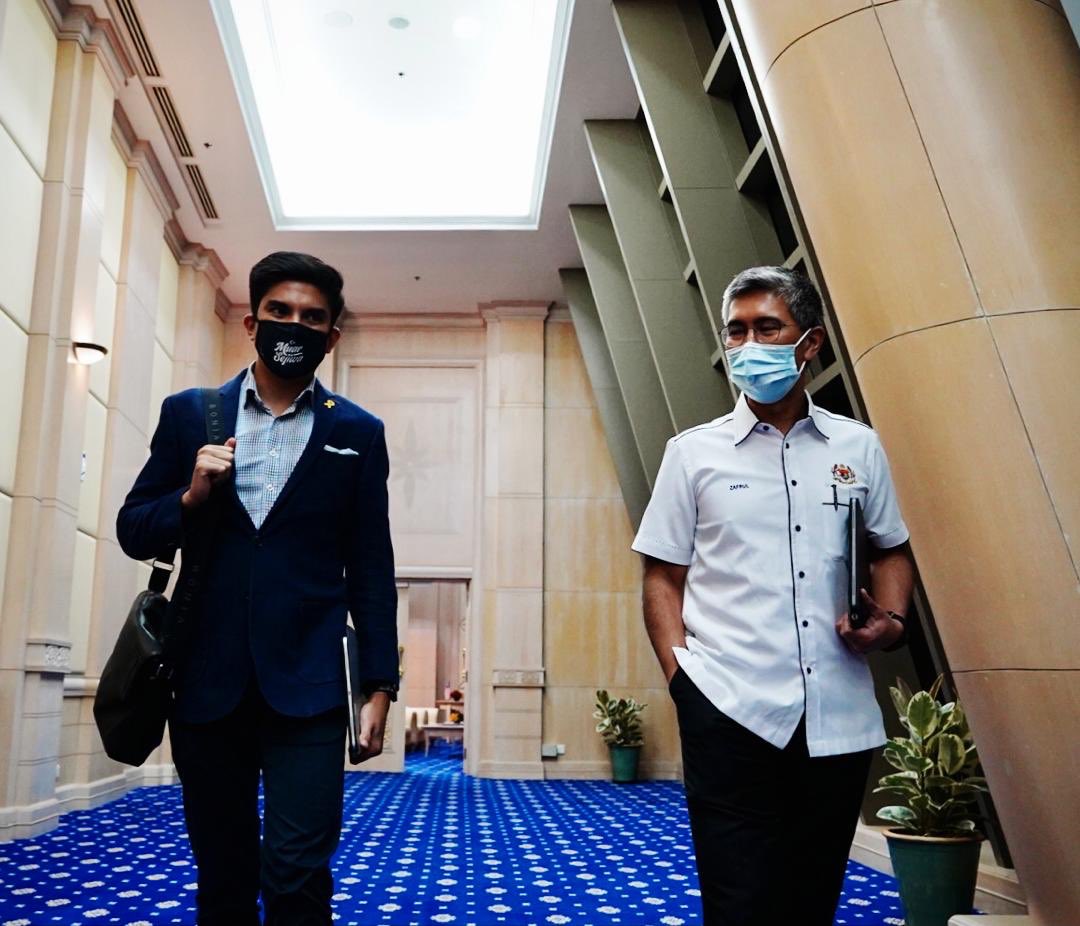 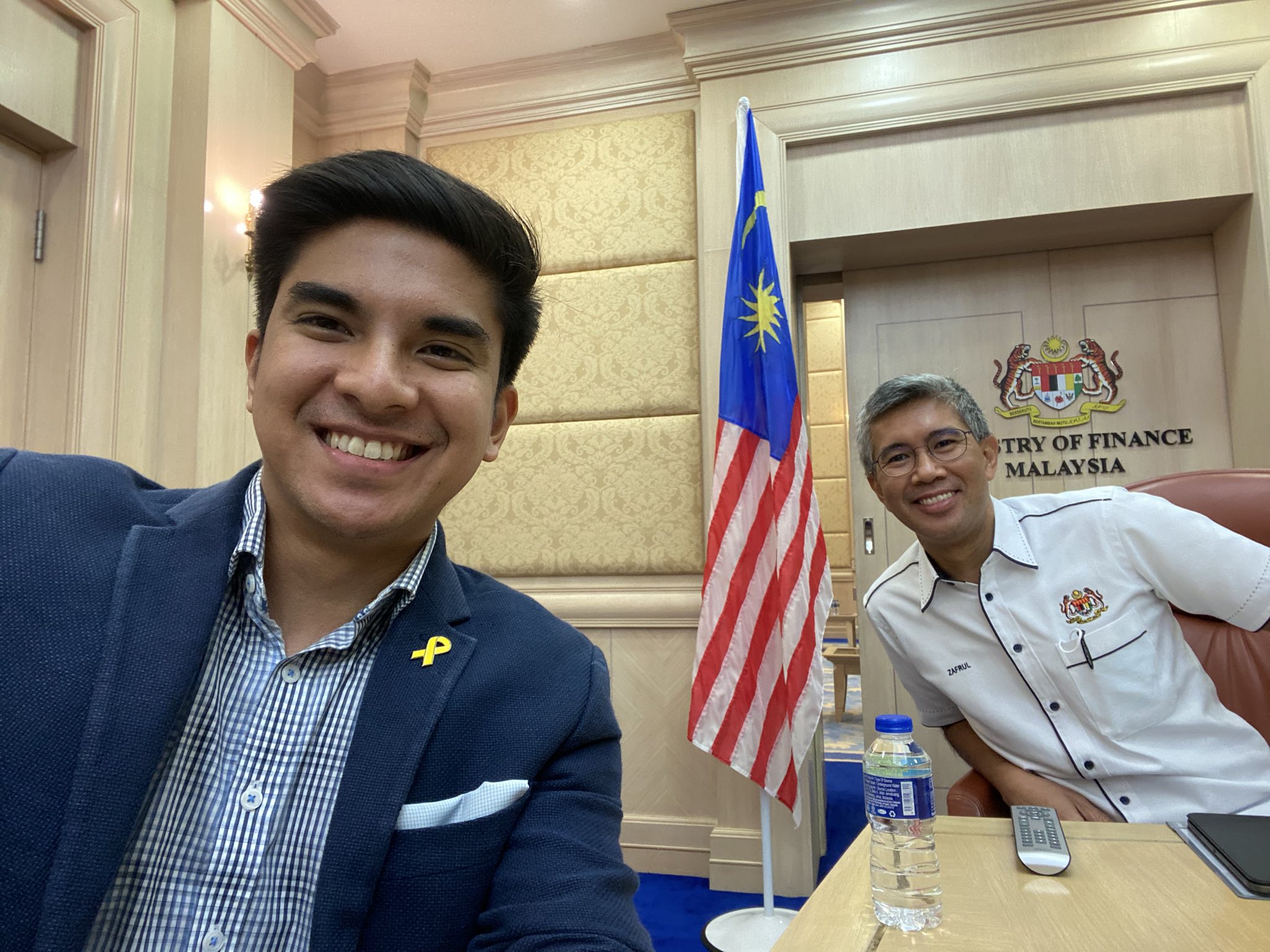 As shared on Twitter by Member of Parliament for Muar and former Youth and Sports Minister, Syed Saddiq, he had an impromptu meeting with Finance Minister, Tengku Zafrul bin Tengku Abdul Aziz after trying his luck messaging him.

Just 30 minutes after the message, an appointment was made and both sit down together and held dissussions at Tengku Zafrul’s office at the Ministry of Finance up until 9.15pm. 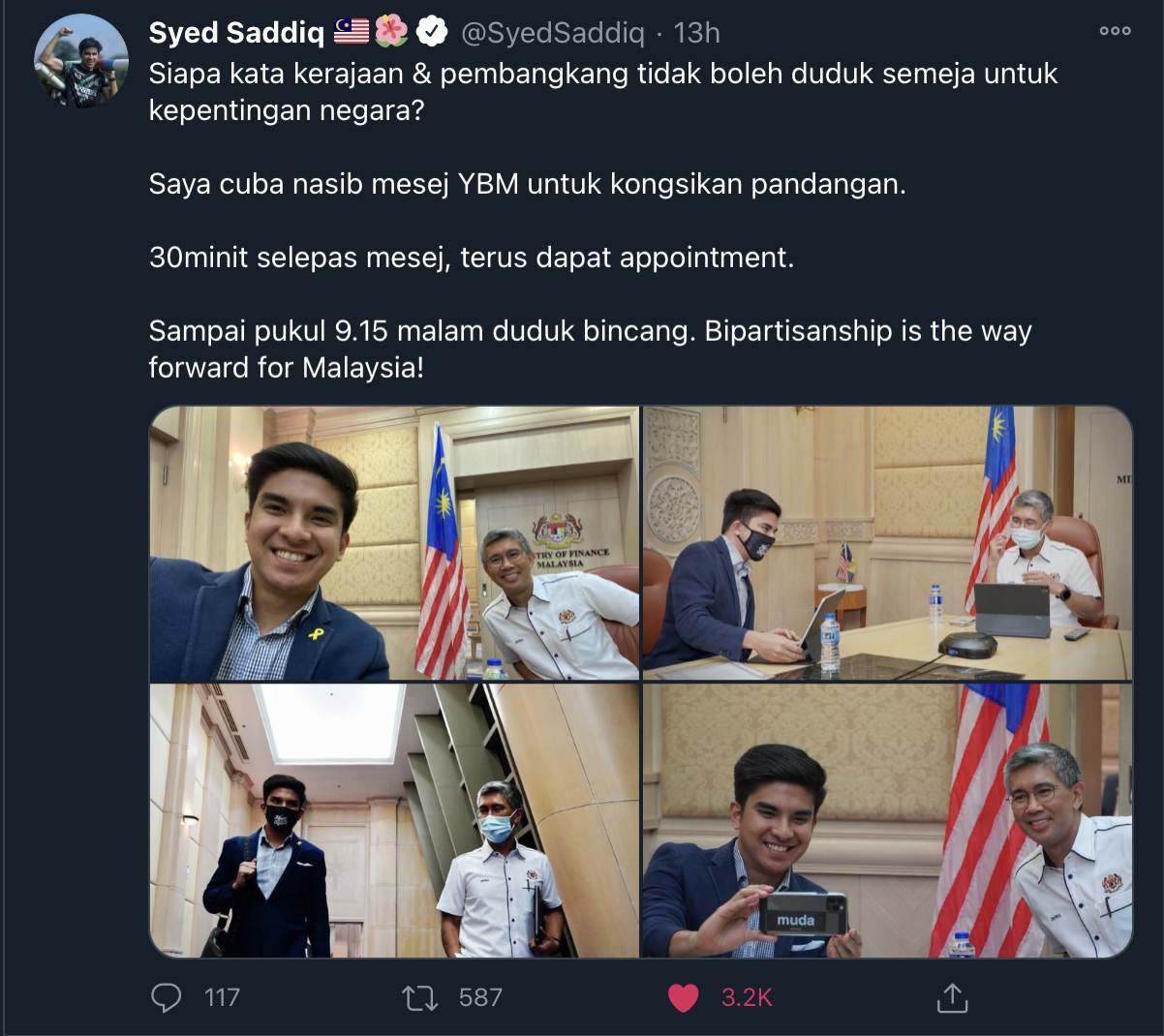 “Who said the government and the opposition can’t sit at a table together for the benefit of the nation?”

He further iterate that bipartisanship is the way forward for Malaysia. Meanwhile, Tengku Zafrul, who was formerly the CEO of CIMB Bank and elected as a senator to hold the Finance Minister role also shared the meeting on his Twitter account below: 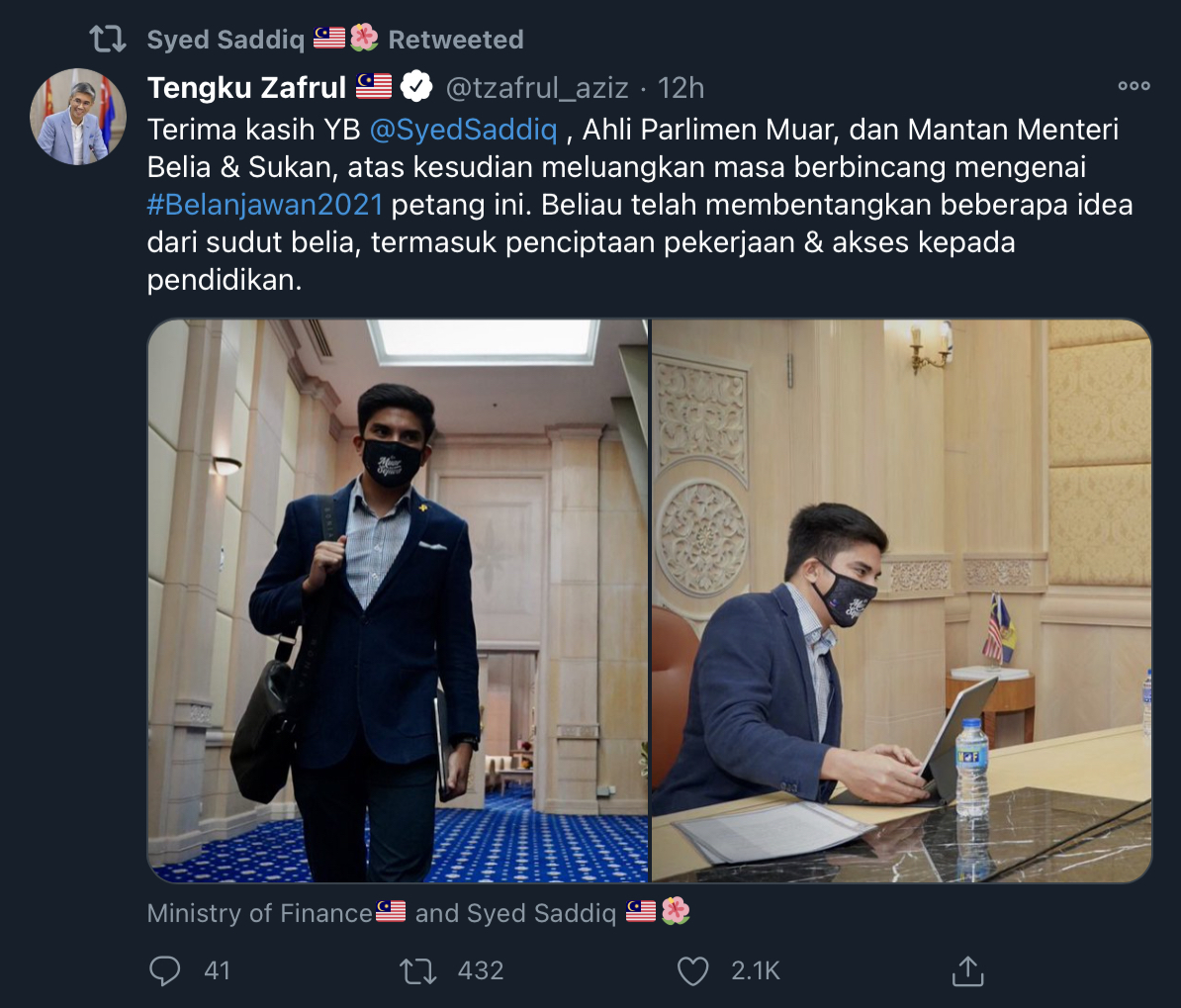 Tengku Zafrul gave his gratitude to Syed Saddiq for spending the time discussing Budget 2021 matters with him. He also explained how the former Youth and Sports Minister shared and tabled a few ideas from the perspective of youths. These include the issue of jobs creation and access to education. 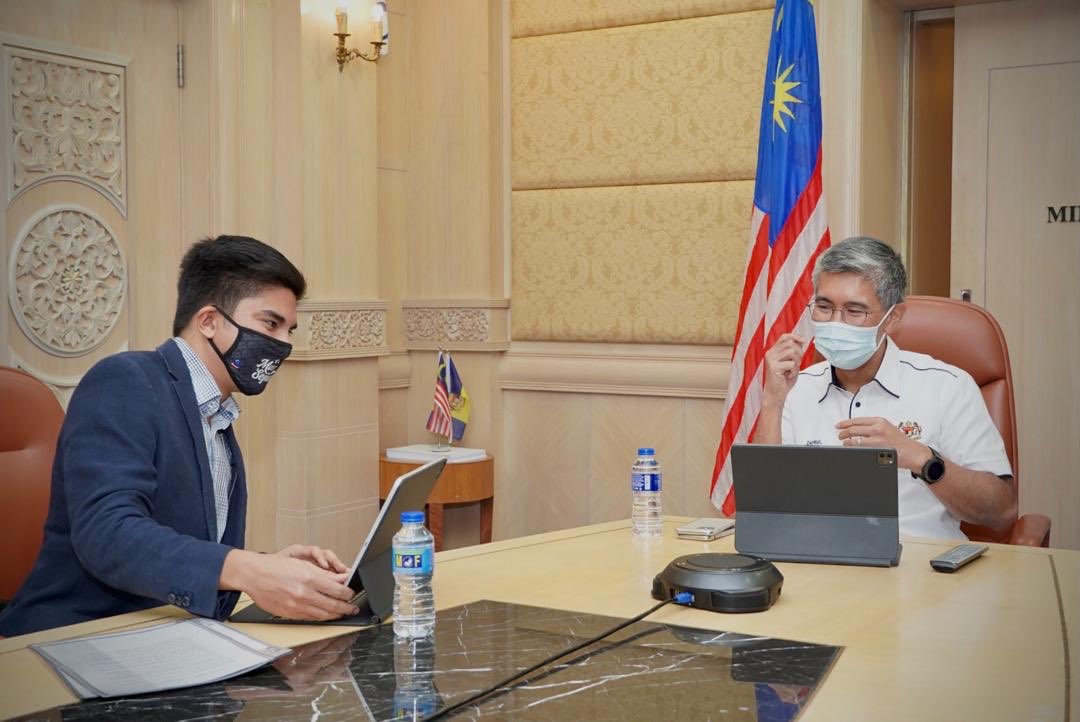 Kudos to both Syed Saddiq and Tengku Zafrul for showing that bipartisanship can indeed be engaged between the government and opposition. Let’s hope that this trend will continue and that Budget 2021 would be a historic one!

What do you guys think of the meeting between these two? Does it give you hope that Malaysian politicians can finally see past their differences and focus on nation building? Share your thoughts with us in the comments!

Also read: “What’s the use of this if the rakyat is sick & hungry?” Syed Saddiq Calls Out Annuar Musa For RM150mil Quranic Village Project 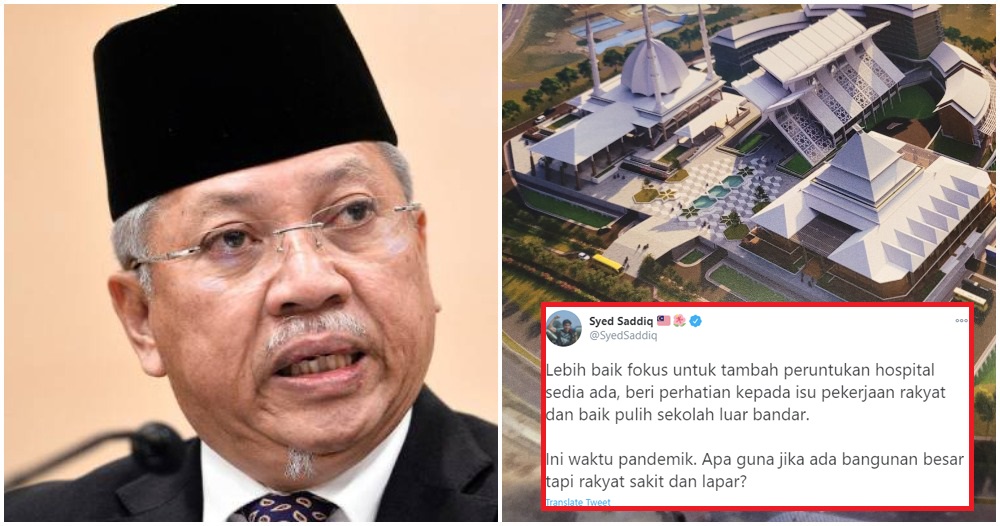