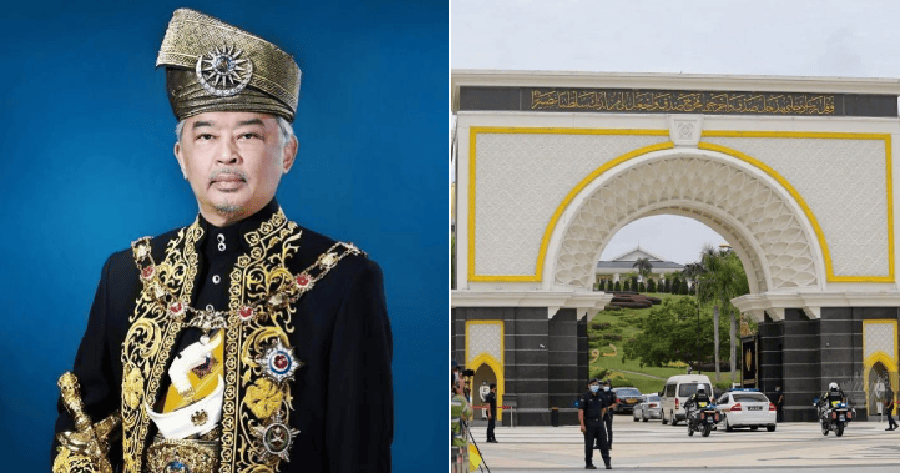 For the past few days, Malaysia has been engulfed in a state of uncertainty with our government Cabinet agreeing to implementing a state of emergency. The Cabinet’s unanimous resolution to push for ‘darurat’ has caused debates across the nation with many, even those from the government saying that it is extreme overkill.

Today, all of our questions have been answered and resolved by the wisdom of the Yang di-Pertuan Agong after meeting with the Malaysian Kings and Sultans. A press statement have been released by the Palace revealed that the request by the government Cabinet headed by Prime Minister Muhyiddin Yassin to invoke emergency powers through Article 150 (1) and Article 150(2B) of the Federal Constitution has been rejected.

Here’s the press statement in full below: 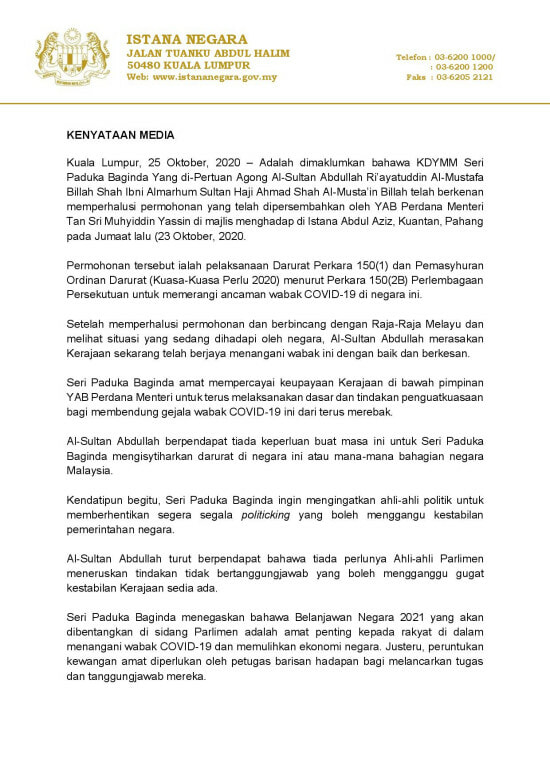 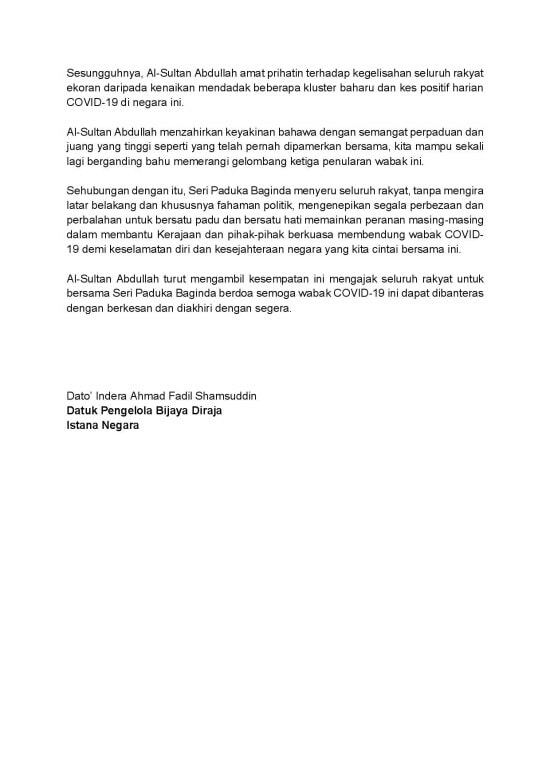 The Yang di-Pertuan Agong believes that the Covid-19 situation has already been handled capably by the current government. The King asserts that implementing a state of emergency for the whole nation or in certain parts is deemed unnecessary for now.

Furthermore, Al-Sultan Abdullah reminded all politicians to stop politicking and focus on national stability. He also opines that no Member of Parliament should act irresponsibly to disrupt the current government.

The YDPA also stressed that the upcoming Budget 2021 should be tabled in Parliament as it is important in containing Covid019.

What do you think of the YDPA‘s decision? Share your thoughts with us in the comments!

Also read: JUST IN: Did The Malaysian. Cabinet Just Decide To Implement An ‘Economic Emergency’? 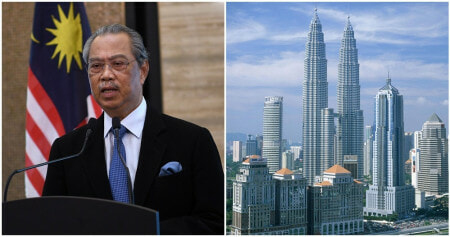