Sexual harassment is a problem that many women have undoubtedly faced in their lifetimes. From actors and activists to property agents, the list of women who have faced sexual harassment in any shape or form continues to grow as the problem does not get addressed.

A recent survey was done by the Centre for Governance and Political Studies (Cent-GPS) in collaboration with the All Women’s Action Society (Awam) to showcase this issue, with the survey revealing that 57% of Malaysian women saying that they experienced being sexually harassed verbally on a regular basis when walking on the streets. 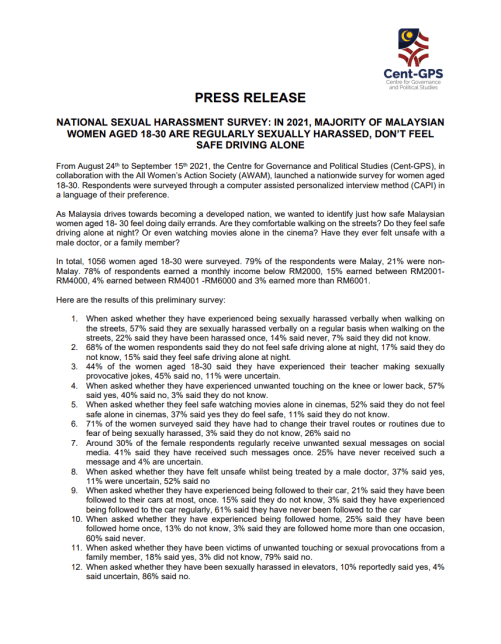 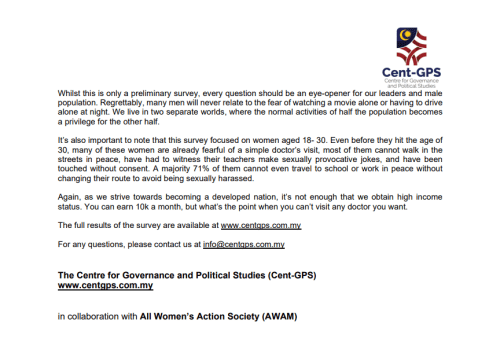 Meanwhile, 22% of the respondents said they have been verbally sexually harassed at least once when walking on the streets.

Cent-GPS also shared the results via a Twitter thread and said that these were some of the preliminary results of the survey that was conducted between 24 August and 15 September 2021 with the participation of 1,056 women aged between 18 to 30 years old in the country. 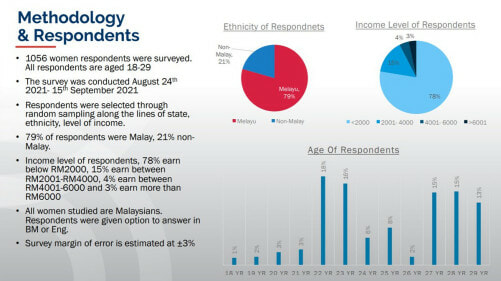 The survey also revealed that half of the women do not feel safe when they are alone in cinemas.

Meanwhile, 68% of the respondents said they do not feel safe driving alone at night and at least 44% said that they have experienced a teacher making sexually provocative jokes.

“Malaysian women cannot even travel to work or school in peace. And even as they get to school, there’s a strong chance they have to listen to their teacher make sexually provocative jokes,” it added. 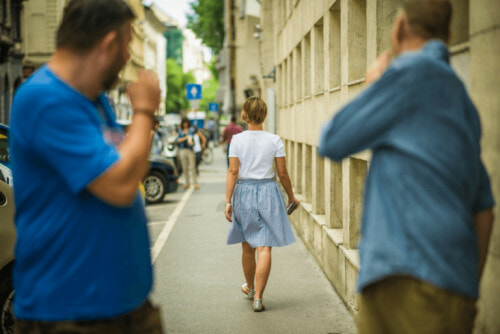 The centre added that due to fear of being harassed sexually, 71% of women have had to change their travel routes or routines.

“These results are common knowledge for many Malaysian women, but many men will never relate to the fear of watching a movie alone or having to drive alone at night.”

“Even in one country, we live in two separate worlds.” 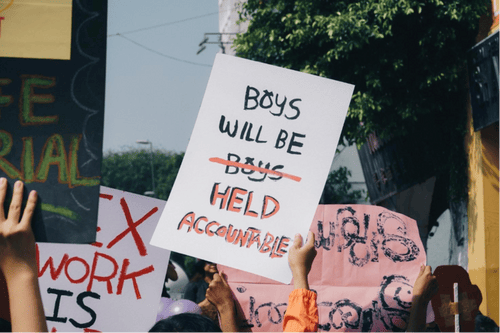 In the full preliminary reports of the survey uploaded to its website, the centre also said that the public took for granted the kind of difficulties half of the Malaysian women population faces daily.

“For many men, it is incomprehensible that a woman would have to change their daily routines or routes to work for fear of being sexually harassed.”

The centre hopes that the preliminary survey would open the eyes of many Malaysians as, “It is incomprehensible that a simple thing such as watching a movie alone in the cinema is an unobtainable privilege.”

Are the survey results reflective of reality? Have you personally experienced sexual harassment? Let us know in the comments.

Also read: “Our silence is their comfort” M’sian Actor & Host Shares How She Was Sexually Harassed 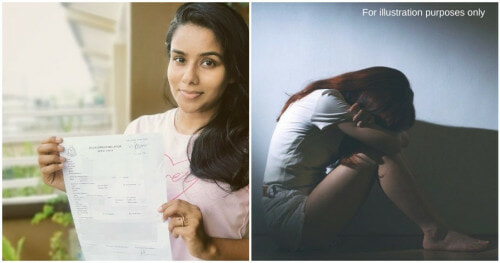