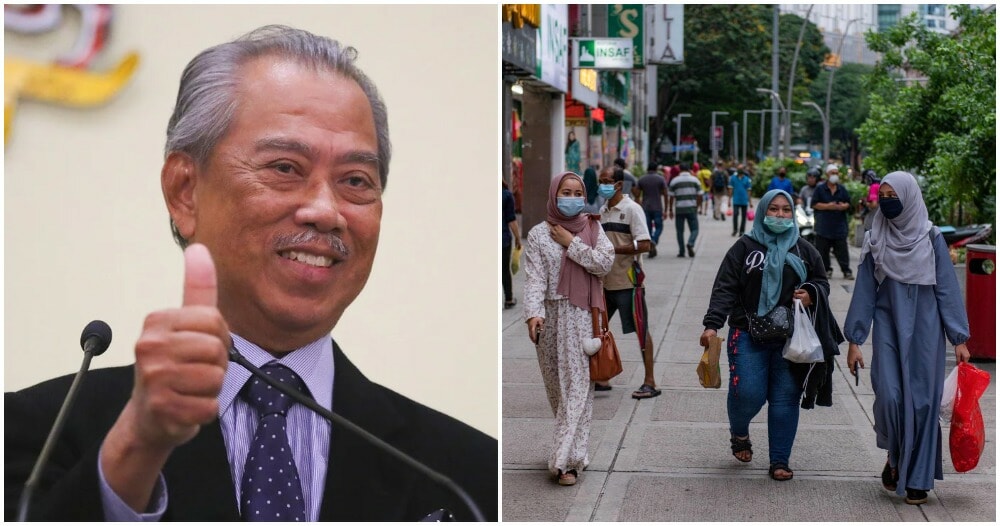 Current Malaysian prime minister, Muhyiddin Yassin who leads the Perikatan Nasional government has been under constant criticism from the masses since the infamous Sheraton Move and Sabah elections last year that lead to a surge in cases. Accusations of inconsistent policy-making and double standard punishments did not help the public perception.

Recently, an online survey was conducted by Institut Darul Ehsan from 11 to 18 July 2021 involving 7,986 respondents nationwide covering the Peninsula, Sabah and Sarawak. The respondents’ profiles include gender, age, race and support for the party. 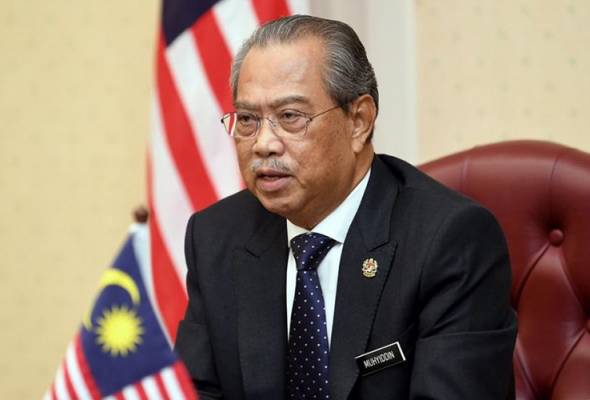 Based on a micro analysis involving age and race, this survey found that the view is comprehensive between those in the age category of 18 years to 66 years and above. The same decision also involves responses taken from cross-ethnic Malays, Chinese, Indians, natives of Sabah, Sarawak Bumiputera and others. 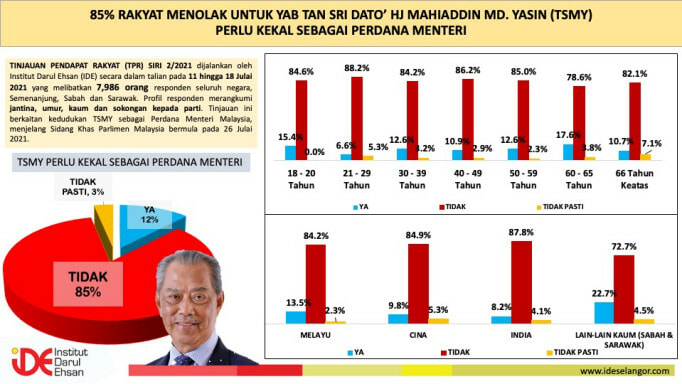 This finding is in line with the IDE study related to the People’s Mood Survey #moodofthenation last February 2021, 46% of respondents voted for TSMY to resign due to loss of majority support. Since the Parliament started reconvening on 26 July, the perception towards the government doesn’t seem to have changed.

Do you agree with the results of the survey? Let us know in the comments section!

Also read: As M’sians Urge PM To Step Down Over Covid-19 Mishaps, Indonesia Apologises To Their People 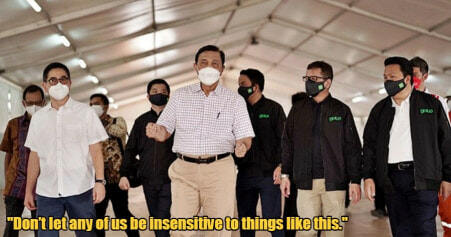