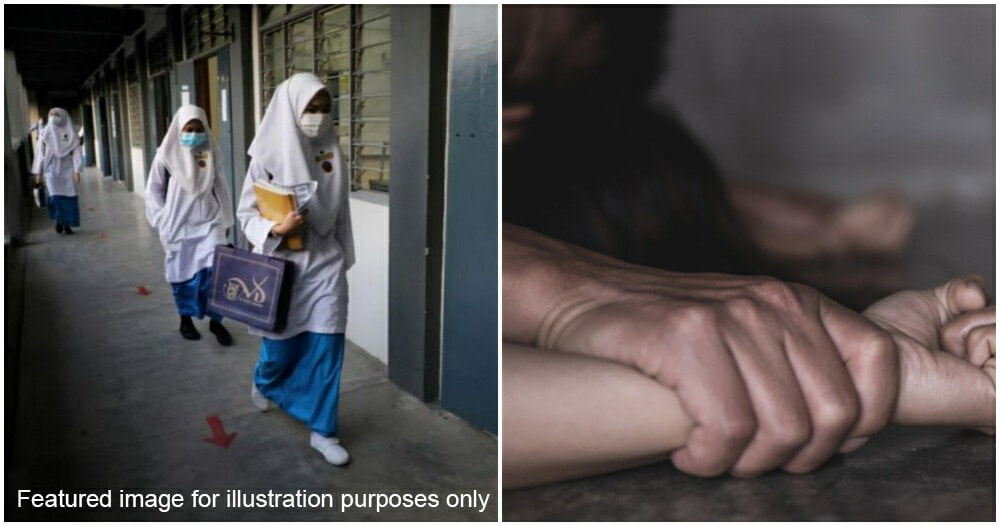 When 17-year-old school student, Ain, stood up to her teacher that made inappropriate rape jokes, Malaysians were enraged and many took to social media after the incident to share their own experience as well. Many were also waiting for the Ministry of Education to release a statement and clarify the actions they will be taking.

On 12 May, MOE released a statement to give an update on the situation and said that the teacher has been placed under the Selangor State Education Department until the investigation finishes.

In response to the statement made by the MOE, All Women’s Action Society (AWAM) released a statement of their own saying that while AWAM recognizes and applauds the MoE’s first step of accountability in Ain’s case, they reiterated that the rape joke is only but one incident in a systemic culture of sexual harassment and bullying in educational institutions in Malaysia. 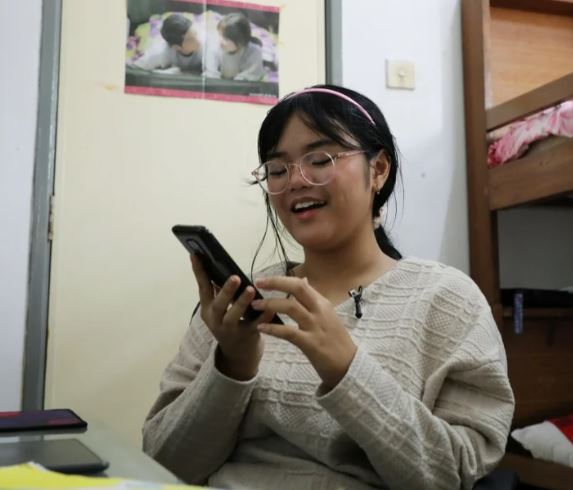 In an effort to more comprehensively understand how pervasive this phenomenon is, AWAM collected and analysed 275 testimonials, of which 269 of them were shared by social media influencers. The remaining six were directly shared by survivors who approached AWAM via WhatsApp and Instagram. These stories were shared within the space of 10 days from 16 to 26 April.

AWAM’s findings showed that 125 cases involved period spot checks, 108 were bullying and 88 were sexual harassment. Many survivors experienced more than one form of violation. 91.6% of survivors were women and girls while men & boys constituted 6.2%.

Girls aged between 13 to 15 were found to be at a stage where sexual harassment and bullying were most prevalent among survivors. 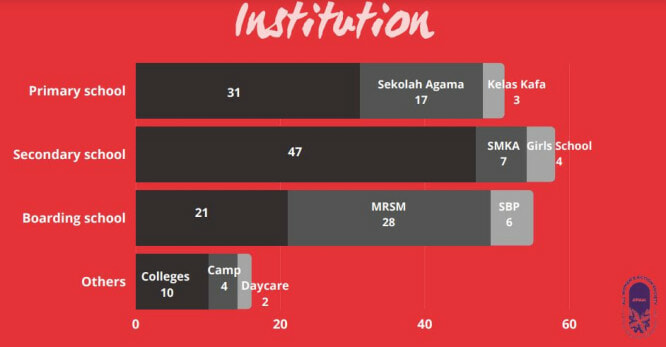 Based on the chart above, the predominant sites of sexual harassment and bullying were primary, secondary, and boarding schools, having 51, 58, and 55 cases respectively. Violations also occurred in colleges, daycare centres, and school camps, though much fewer in the number of cases.

The perpetrators on the other hand were predominantly figures of authority. Out of 311 perpetrators, 247 of them (79.4%) were teachers, ustazah, ustaz and wardens. 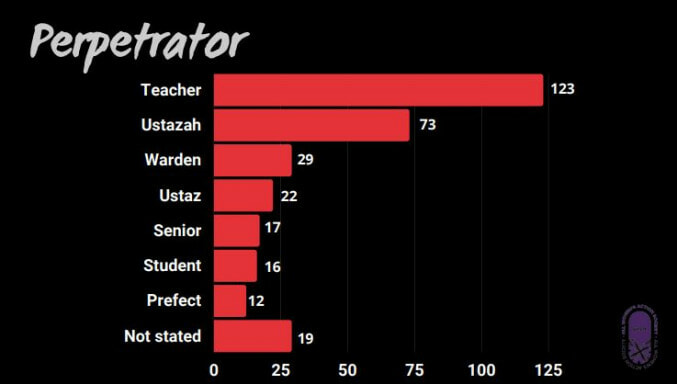 “Whilst there were student perpetrators such as prefects and senior students, in especially cases of period spot checks, these violations were committed in the context of a normalised practice that was openly sanctioned and enforced by teachers, ustazah and ustaz.”

Although fewer in number, what male survivors go through are no less devastating which include public humiliation, physical assault, and racial bullying. They also undergo sexual harassment violations include pinching nipples, groping of private parts, and being stripped by figures of authority to check for signs of puberty.

AWAM hopes that MOE prioritises and implements long-term solutions to ensure that educational institutions in Malaysia can become safe spaces where sexual harassment and bullying will not be norms.

Some solutions they wish MOE will take into consideration is to work with relevant civil society organizations such as AWAM to implement gender sensitisation training among school authorities. They also hope MOE will establish a working relationship with Lembaga Kaunselor Malaysia to provide the necessary support for teachers.

What do you think of these statistics? Let us know in the comments section! 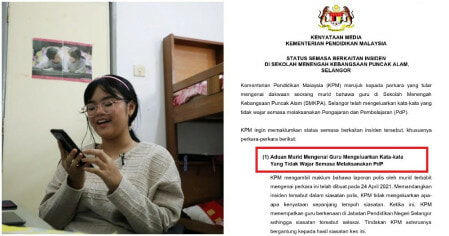