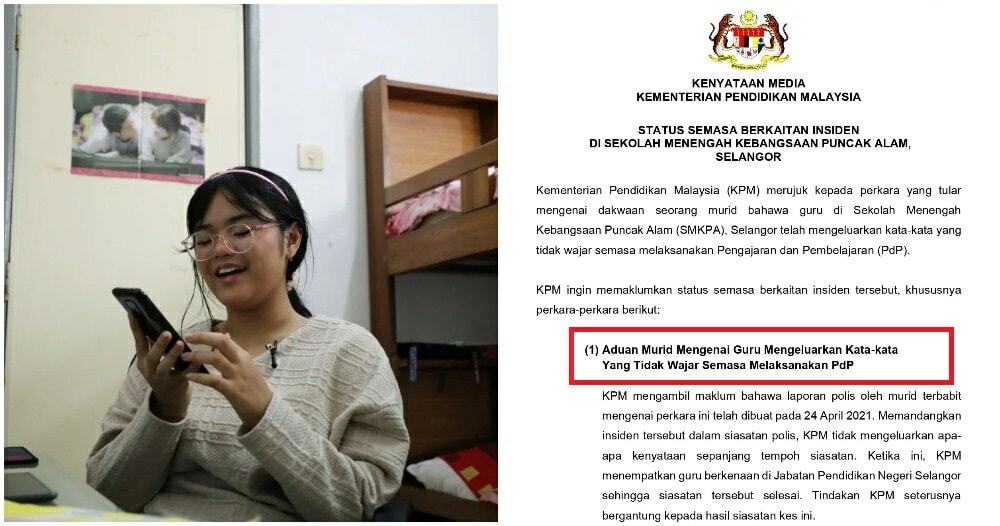 When the case of 17-year-old Ain Husniza Saiful Nizam who lodged a complaint against her teacher for making an inappropriate joke went viral, Malaysians were wondering why the Ministry of Education was silent on this issue. Today (12 May), the Ministry released a statement clarifying several updates regarding this case.

The ministry acknowledged that Ain lodged a police report on 24 April 2021 and since the incident is still under police investigation, MOE chose not to release any statement during that period. 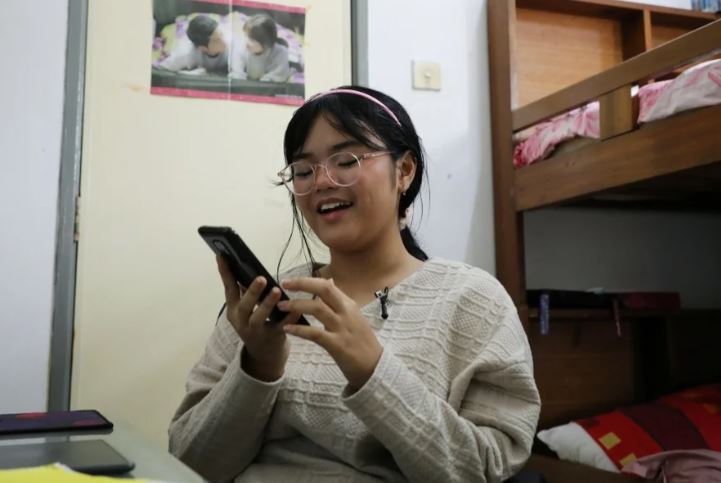 A school principal called Ain “anak setan” or “Satan’s spawn” and even demanded that her parents educate her better. When netizens started calling her out, the principal deactivated her Facebook account and another person explained that the principal allegedly shared a Facebook account with her autistic son who was the one that made the offensive comment. 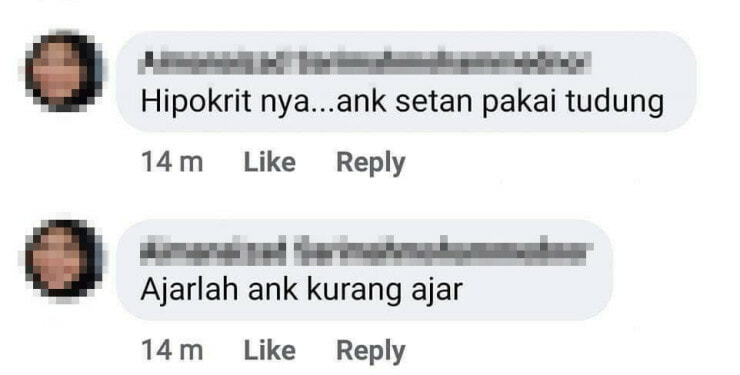 Regarding this issue, the Ministry said that students’ attendance is monitored through the Sistem Sahsiah Diri Murid (SSDM) where if a student doesn’t attend school for three to ten consecutive days with no written excuse, the system will generate an automatic warning letter. The letter will then be sent to the student’s parents or guardian.

They added that the letter is to make sure parents and the school management aware of the student’s attendance in school. This also allows MOE to carry out proper actions.

“From 16 to 30 April 2021, the school has sent SIX warning letters to the said student’s parents for being absent for no proper reason.”

As a final note, MOE emphasised that the Ministry will always prioritize the safety and welfare of students and the entire school community.

Check out the Education Ministry’s full statement regarding this issue below:

Posted by Kementerian Pendidikan Malaysia on Tuesday, May 11, 2021

Let us know what you think about this statement by the Ministry!

Also read: #StandWithAin: M’sians Lend Support To 17yo Activist Who Stood Up Against Rape Jokes 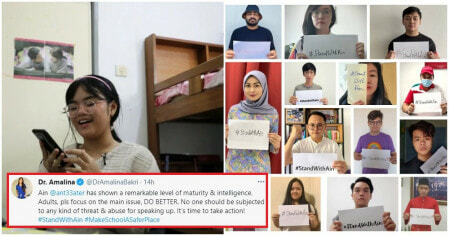