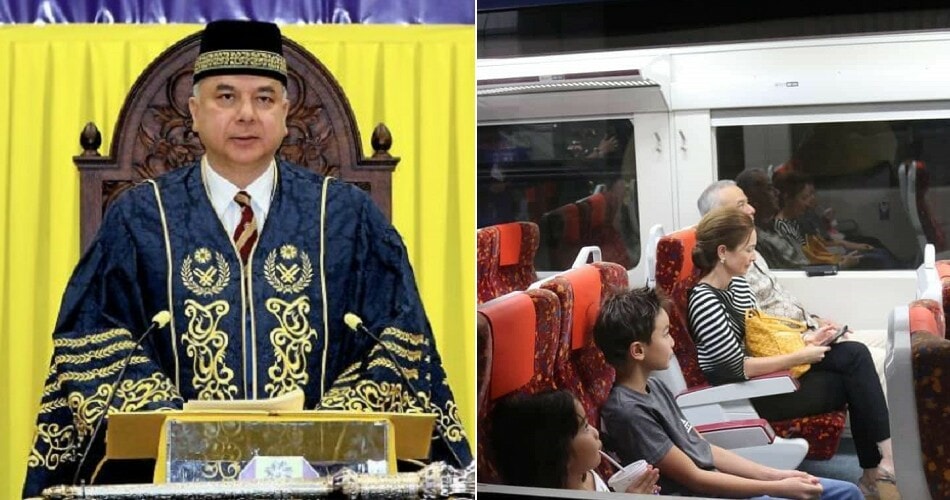 It’s no secret now that our deputy Agong Sultan Nazrin of Perak has a rather interesting and impressive biodata. After all, he is a Harvard graduate, a PhD holder and a book author.

On top of all those things, it appears that the Sultan also likes to live his life like a regular person. Just like you and I!

This was proven when a fellow netizen shared a picture of Sultan Nazrin and his family using the ETS (Electric Train Service) on Twitter. 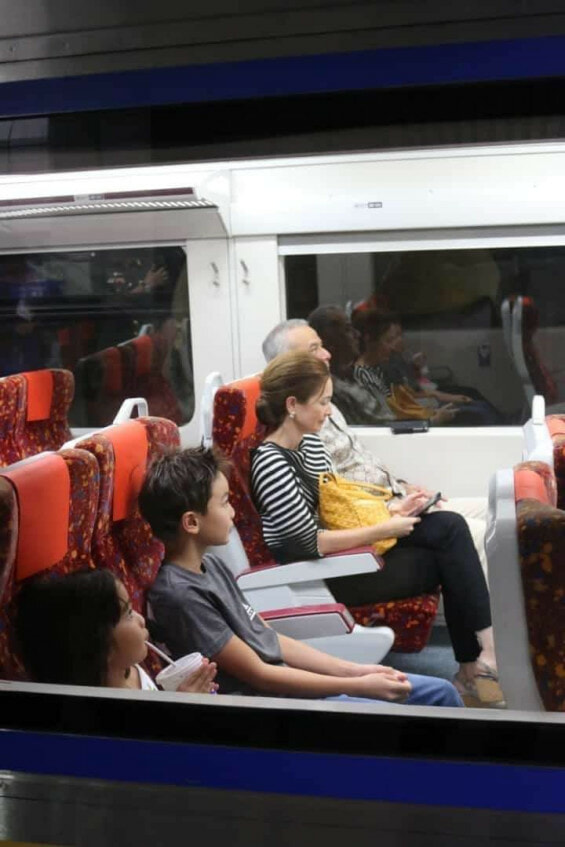 After the post went viral on social media, many Malaysians were pleased by what they saw as his humble family seems to lead a life that’s simple. At the time of writing, the post has garnered over 3.4k retweets and more than 5.1k likes.

Impressed by the Perak royal family, many of them expressed their admiration for them in the comments section of the post. Some of the comments are shown below: 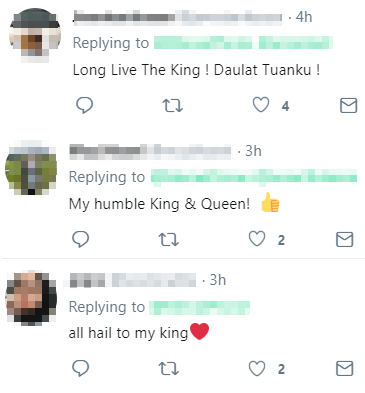 Besides praising this royal family, netizens also began sharing their personal experiences with the Sultan and his family.

One netizen shared that she had served the royal family in a restaurant in the past. She said that the Sultan and his wife were nice people, and that their kids were very well-behaved too.

Another person shared that he once met the Sultan at KLCC’s food court on Level 4. He explained that he was so stunned at the presence of the Sultan that he only managed to utter the word “Tuanku”. 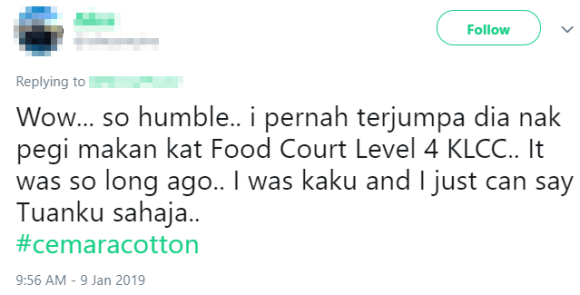 Finally, our favourite story has to be the one where several netizens said they spotted Sultan Nazrin shopping for books in Kinokuniya KLCC a couple of times. Looks like he’s a bookworm!

They shared that the Sultan is a regular customer in that bookstore and he carries his own basket to fill it up with books. They also added that he queues up at the cashier to pay for his books, just like any other regular citizen. 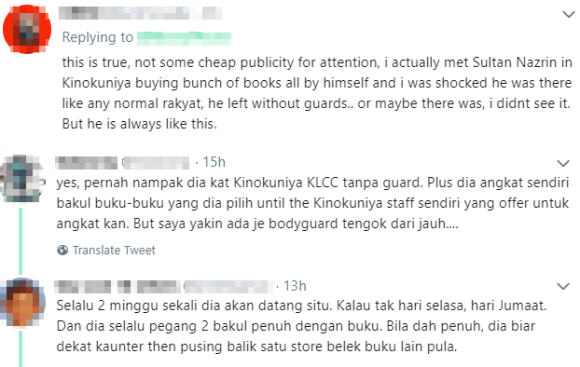 A netizen even shared a picture of him searching for books in Kinokuniya: 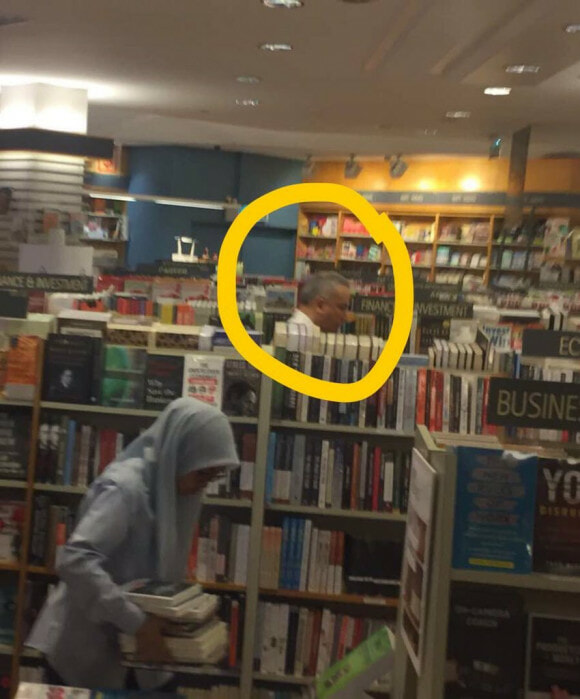 The Malaysian monarchy has always been an interesting topic and our people are often fascinated by them because our royals always manage to keep their lives under the radar. That being said, it’s nice to know that sometimes, Malaysian royals also do normal stuff just like the majority of us. 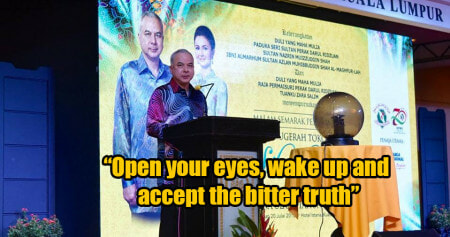