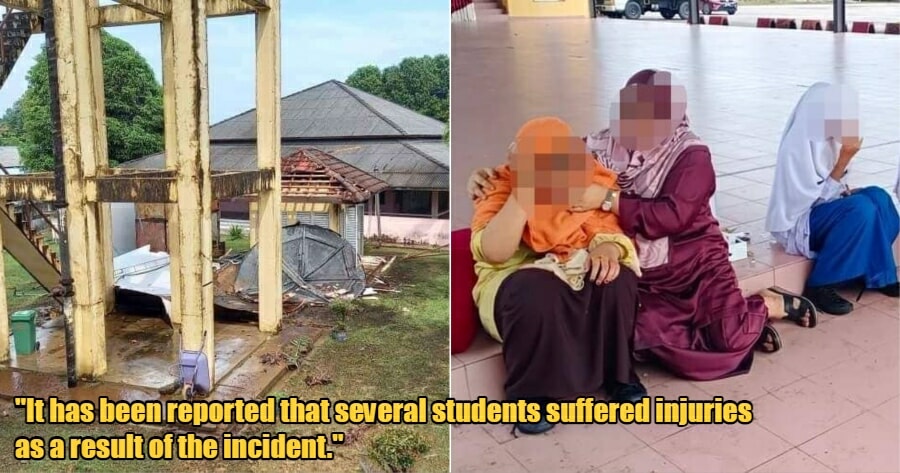 Several students of the Sekolah Menengah Kebangsaan (SMK) Melor in Kelantan were injured after a water tank burst and fell onto the footpath below, yesterday (August 9, 2022).

Based on a report by Harian Metro, Senior Minister of Education Datuk Dr Radzi Jidin shared that all of the injured students have been sent to a hospital for medical aid. 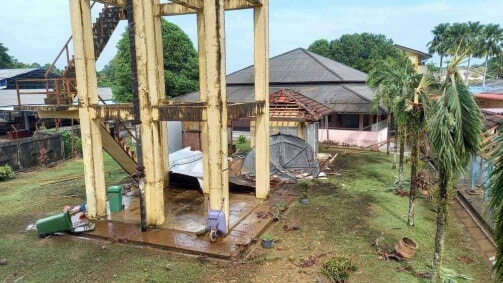 “After finishing the oral question and answer session at the National Assembly just now, I received news about the water tank bursting at SMK Melor, Ketereh,” he said.

“It has been reported that several students suffered injuries as a result of the incident and the injured students have been taken to a hospital for further treatment.”

He has since instructed the State Education Department (JPN) to carry out repair and maintenance work on the water tank at the school as soon as possible. 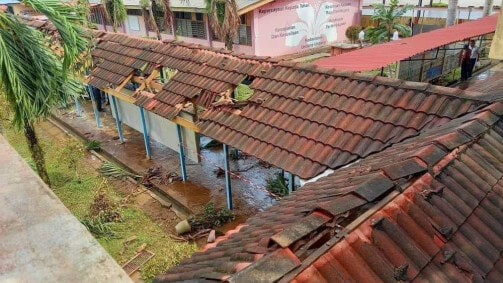 “This is to ensure that the school’s facilities and infrastructure are always in good and safe condition for the use of the school members,” he explained.

“Together, we pray that those involved in this incident will be healed and everything will be made easier,” he added.

Acting Kelantan Police Chief, Datuk Muhamad Zaki Harun, also shared that 5 female students were hurt in the incident, where two of them injured their necks and received two stitches on their heads after being hit by debris.

We genuinely hope that they all have speedy recoveries. 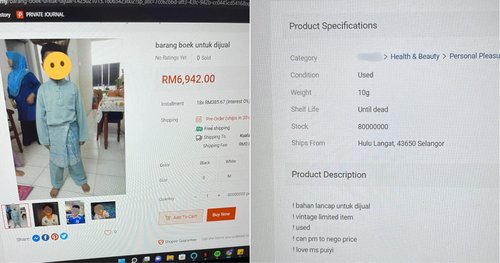