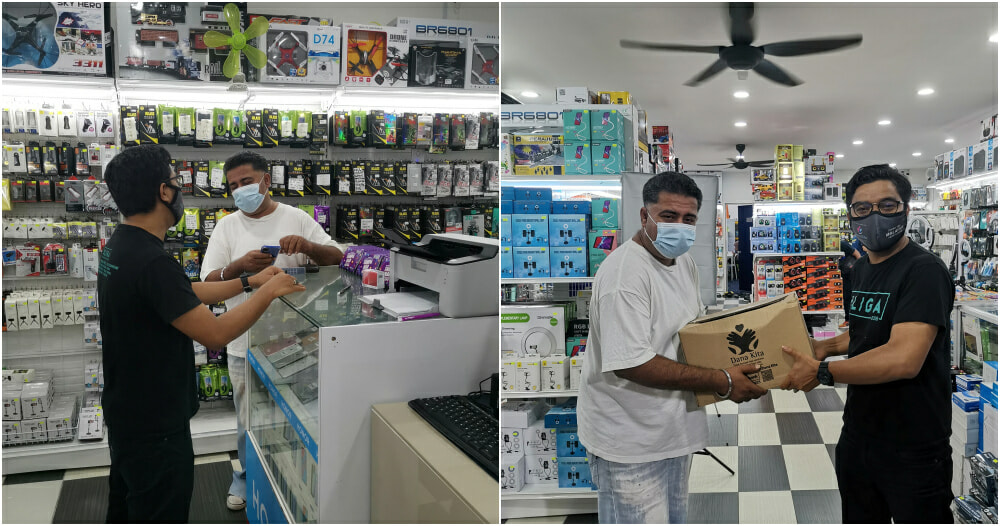 Restoring our faith in humanity…

Recently, an electronic gadget store owner in Gombak took to Facebook to share how he managed to help a broke single father who came into his store looking for a new phone.

The owner, Mohd Fadli Salleh, who is also a primary school teacher, shared his recent encounter by explaining that the customer came to his shop looking for a phone with only RM24 in his pocket.

According to Fadli, one of his staff came up to him saying that a customer came in hoping to buy a phone but only had RM24. Curious, Fadli decided to meet this man. 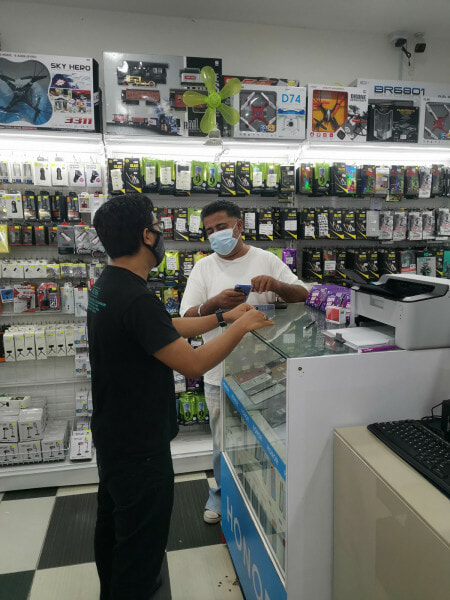 Fadli introduced himself to the customer saying, “I am Teacher Fadli. What’s the story uncle?”

The man then told Fadli that he was just a Grab driver and is living with his 72-year-old mother and has a four-and-a-half-year-old son. He added that he is a divorcee.

“Every day, he would take his child to his nanny’s house, treat his child well and have never lost touch with his child. He really loves his child when you listen to him telling stories,” Fadli said in his post.

The customer had only RM24 in his wallet

The man then took out his wallet and showed Fadli whatever he has left, which was only RM24.

“Teacher, this is all I have. My phone is broken. How do I continue Grab? Can I pay in installments?” he asked Fadli.

Fadli then explained to him that his shop doesn’t do instalments. The man then explained that he would have no choice but to borrow money from a loan shark as he really needed his phone for work. 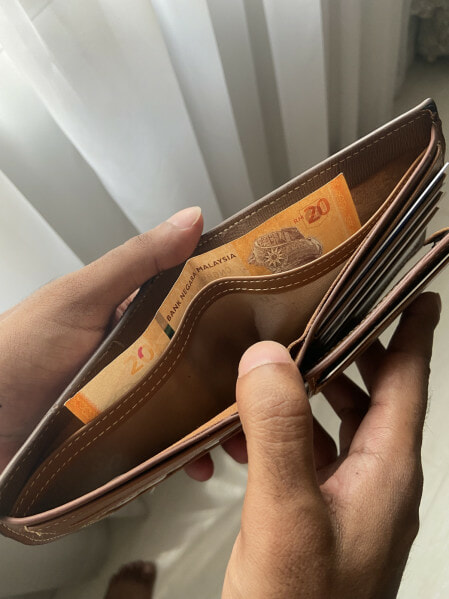 As the man was about to leave, Fadli said, “Uncle. Hold on. What phone are you looking to buy?”

He looked at Fadli stunned and said, “But, I don’t have any money.”

Fadli proceeded to repeat the question for the second time, to which he finally replied saying, “The cheapest that you have. A Redmi 9C will do.”

Fadli instructed one of his staff to get the phone for him.

Still stunned, the man reminded Fadli once more that he has no money.

“But I have no money, teacher,” the man said.

Fadli smiled at him and said:

“My store doesn’t do instalments. If we do that, we’ll be bankrupt as many would owe us. But I am human. Uncle is human. You desperately need help, and I am capable of helping. So, I will definitely help.”

“Just promise me that you are not lying to me is all I ask,” Fadli added.

The man started to cry till his eyes went red. He then took out his IC and told Fadli to hold on to it till he manages to pay him back.

Fadli refused and said he would get into trouble for holding on to a stranger’s IC.

The man then insisted to take a picture of his IC instead, but Fadli declined once more.

The customer received more than just the phone

Before the man left, Fadli quickly ran to the back of his store and took out a box of kitchen supplies. 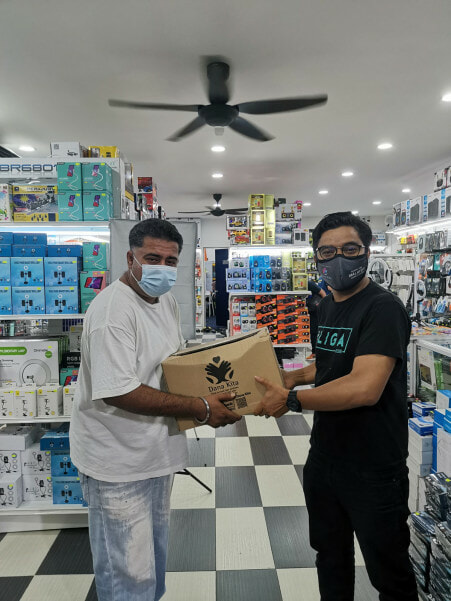 Fadli gave it to the man and explained saying:

“I am managing an NGO for those in need. In here, there’s rice, cooking oil, sardine, sugar, milk and more. Take this home and cook with your mother.”

Touched by Fadli’s kindness, the man continued to cry.

“At our shop, 2F Gadget, we always have stock of kitchen supplies for those in need. Thank goodness. Today we got to help someone in need. Doesn’t matter what race or religion, as long as they are sincere and true, I will always do my best to help,”  Fadli said in his post.

Malaysians offer to chip in

Fadli’s post garnered over 4,000 shares, 53,000 likes and 2,300 comments at press time. In the comment section of the post, Fadli revealed that more than 20 people have reached out to help pay for the phone.

Fadli congratulated Malaysians for coming together as a society despite being strangers.

“Everyone is united regardless of race, religion and ethnicity to help those in need. Congratulations all,” said Fadli. 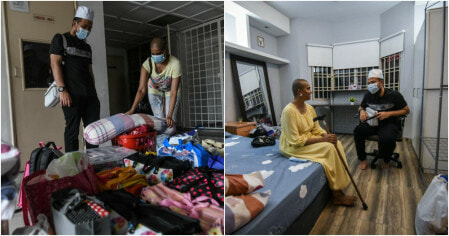