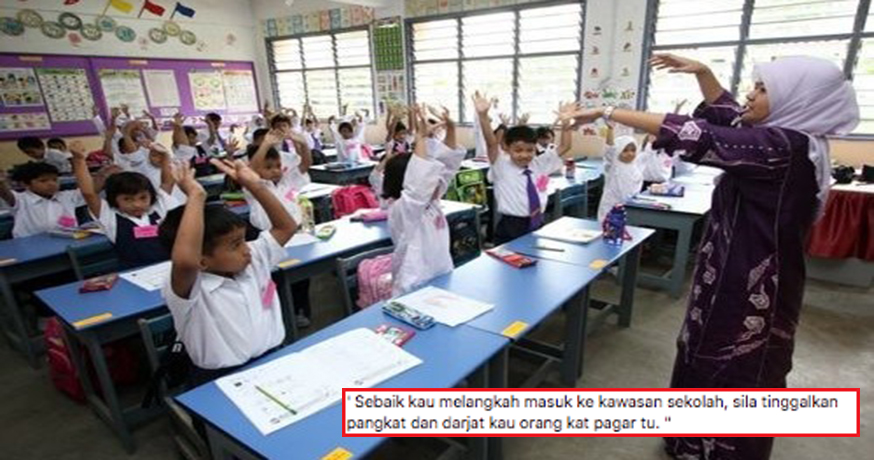 Individuals with honorary titles such as ‘Datuk’ and ‘Datuk Seri’ have been the centre of attention recently. Just two days ago, a customs officer’s house was allegedly burnt down by a group of angry ‘Datuks’ over a Goods and Services Tax (GST) case.

This time, a teacher spoke out about parents with these honorary titles. Mohd Fadli Salleh shared his thoughts on Facebook, saying that parents should drop their ranks and status once they step into school grounds. He said that just the rank as a mother or father to a student is enough.

This matter has been brought to attention by Fadli as cases of these parents showing off have happened too often before him. Whenever a child is caught for misconduct, or when a misunderstanding arises, these parents with honorary titles come barging in straight into the principal’s or vice principal’s office without going through official procedures such as registering at the front desk. 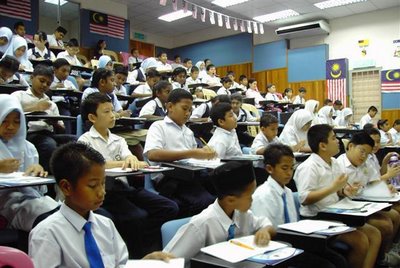 “Tan Sri, Dato-dato, Datin-datin, and all dignitaries, listen here to Teacher Korea. I know that you are all ‘selling’ your status and rank to make teachers feel frightened and to show a sense of respect. I know, I know. I know that is the purpose.”

“However, do you know that once those terms are said out, the first thing that crosses the minds of teachers is ‘wow, he/she is really big-headed’. Only feelings of disgust and distaste will remain, along with the disrespect towards the parents.”

Fadli also said the misuse of the titles and names of higher ranks will not benefit the parents at all. 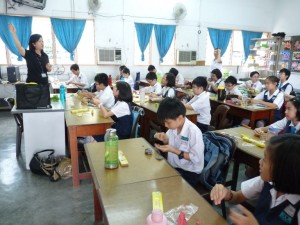 The acts of these parents with honorary titles will only cause damage to their children, Fadli said. The well-being and morality of the children will be affected when there is no one to correct and guide them from their mistakes. The children will be cast aside, isolated from the knowledge and education they should receive.

“You may feel superior and feel ‘powerful’ when your child is free of control by teachers. Despite that, your child is the real victim of your arrogance from the ranks and titles. Are you still proud and snobbish over your titles and ranks? Think again.” 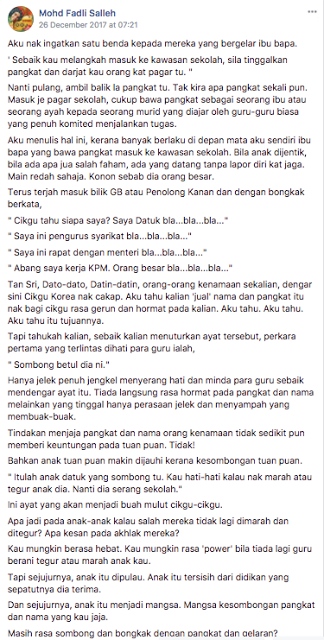 Also read: ‘Datuk’ Who Slapped Policeman Across the Face Revealed to be Famous Malaysian Actor 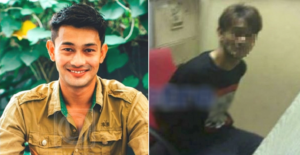