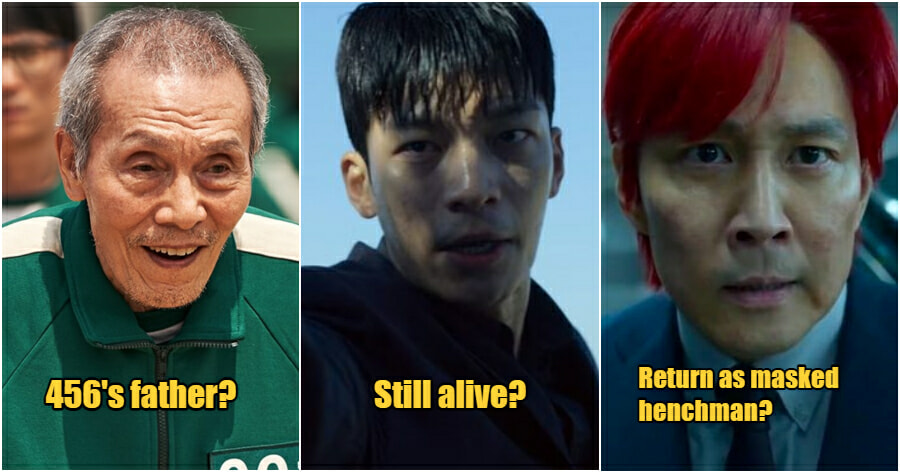 Disclaimer: This piece reflects the writer’s opinion and compiled opinions of others on the subject matter. It does not reflect the opinions or beliefs of the WORLD OF BUZZ. Also, warning, spoilers alert!

Squid Game has been released on Netflix for almost a month now, and the 9-episode South Korean TV show is still the most-talked-about show in the world!

Bela Bajaria, Netflix’s Global TV Head had recently expressed that he is feeling optimistic about the show’s second season despite no news nor confirmation has been given, as reported by Hypebeast. On the other hand, Hwang Dong-Hyuk, the mastermind behind the Squid Game has revealed that he currently has no plans for a sequel to the cliffhanger ending of the first season as simply thinking about the ideas for the show has exhausted him mentally.

One of the shocking turns of events is when player 001 is revealed to be the mastermind behind the mass murder game. The wild theory suggests that Il-Nam set up this game to find his son, which is Gi Hun, as revealed via a TikTok post. 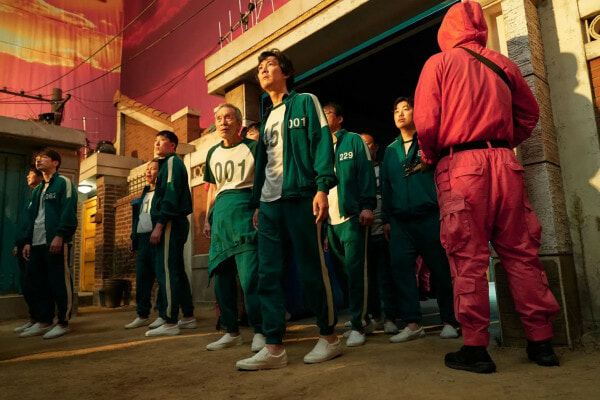 This was hinted at when he knew Gi Hun was spanked a lot as a kid during a conversation in episode 3 where Gi Hun asked for chocolate milk. Another hint was shown during the marble game stage in episode 6 where Il-Nam claimed he grew up in a place similar to Gi Hun’s childhood place.

What makes this theory more believable is the fact that Anupam Tripathi, the actor who portrayed Ali himself posted on his Instagram and revealed that he got his marbles back! While this may simply be a random online joke, fans have since speculated that the actor is hinting at a possible sequel. 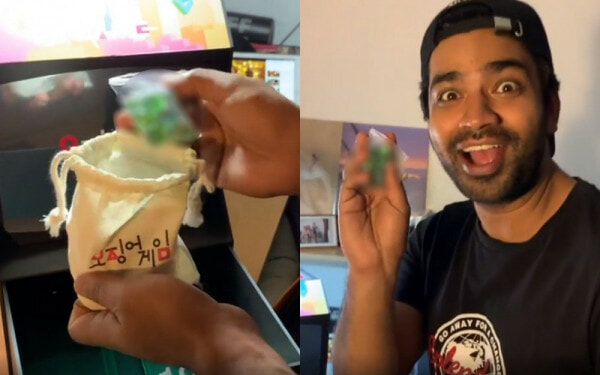 3. Gi Hun will re-enter the game

As the cliffhanger ending suggests, Gi Hun, vows to find out who else is behind the Squid Game. And the only possible way to do so is by infiltrating the game but this time as one of the masked henchmen in red. Gi Hun dyed his hair red near the end of the season, which some people think is a foreshadow of his decision to re-enter the game as one of the masked henchmen. 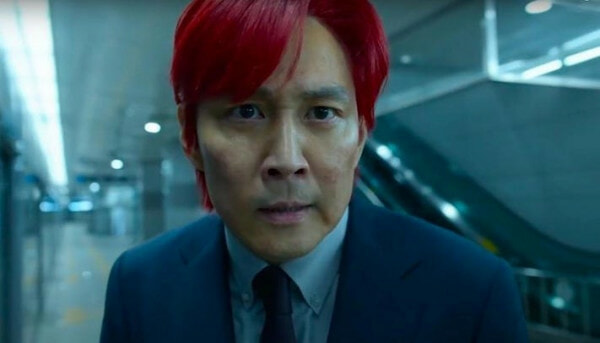 Furthermore, the henchmen were part of the first season’s biggest unanswered questions as the show did not even explain how were they recruited, as well as how the tasks were delegated among them.

When the VIPs made their grand entrance, one of them highlighted how the games in Korea are the best. This gives a major hint that the survival game does not only take place in Korea but other continents in the world too. According to Screen Rant, if they can afford to give away Squid Game’s ₩45.6 billion prizes, while also spending for security and luxury amenities, then the VIPs and game organizers can certainly afford to finance other death games elsewhere. If the story is bound to continue, it is likely to explore the game taking place outside Korea. 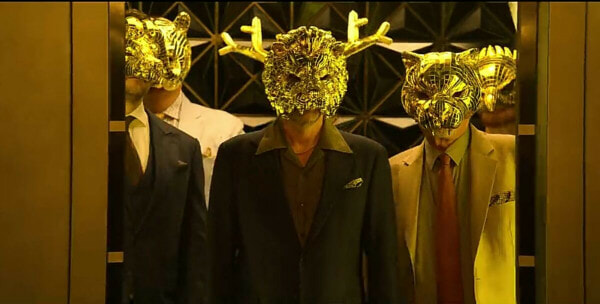 5. The policeman, Jun-Ho escapes death too

Police officer Hwang Jun-ho sneaked into the game in the hope to seek the truth behind his brother, In-Ho’s disappearance, only to learn that The Front Man has always been his disappeared brother all along. During the escape from the island, he was shot by In-Ho and fell into the sea from the cliff, without seeing the corpse. This leaves the audience to think that Jun-Ho, who died off-screen, will eventually return in the second season. 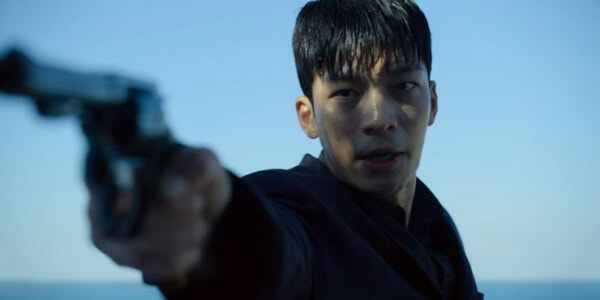 The show also did not explain how In-Ho, who won 2015’s Squid Game, got to be one of the men who run the show. Thus, it is possible that the next season may explore this part as well.

Another theory that has been heatedly debated is the two cards that were offered by The Recruiter, briefly played by Gong Yoo. He offered a blue and a red card to Gi Hun, in which the latter picked up the blue card and entered the game as one of the 456 players. A Twitter user shares his thought that the henchmen in the game are actually the people who picked up the red card since they are all dressed in red.

Gong Yoo is one of the most prolific actors in South Korea, and many fans believe that his role would not be as minor as shown in the first season. If there is anyone that should return in the second season, Gong Yoo’s The Recruiter is definitely one of them! 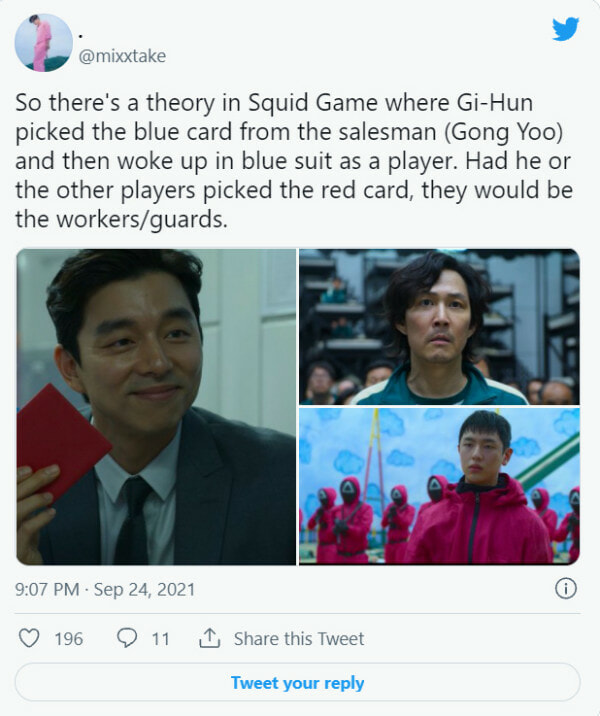 In my opinion, if the second season ever sees the light of the day, the recruit of the henchmen will definitely be one of the major highlights. The organ-harvesting scene also raises more questions than answers. Not only that,  Jun-Ho, who fell from the cliff will also survive and possibly team up with Gi Hun who is now hell-bent on bringing down the mass-murdering Squid Game.

Lastly, I also believe that part of the sequel will take place a few years in the past, particularly focusing on the time of In-Ho’s prior days as The Front Man, as well as how the game came to life.

Do you have any other theories? What do you think about this? Let us know in the comments below!

Also read: Did You Know That Squid Game Script Was Rejected For Over 10 Years & The Creator Almost Quit? 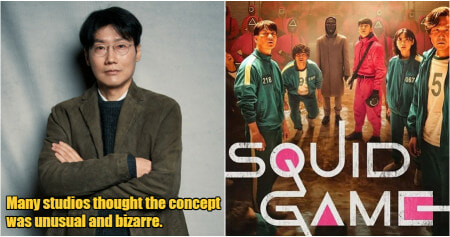