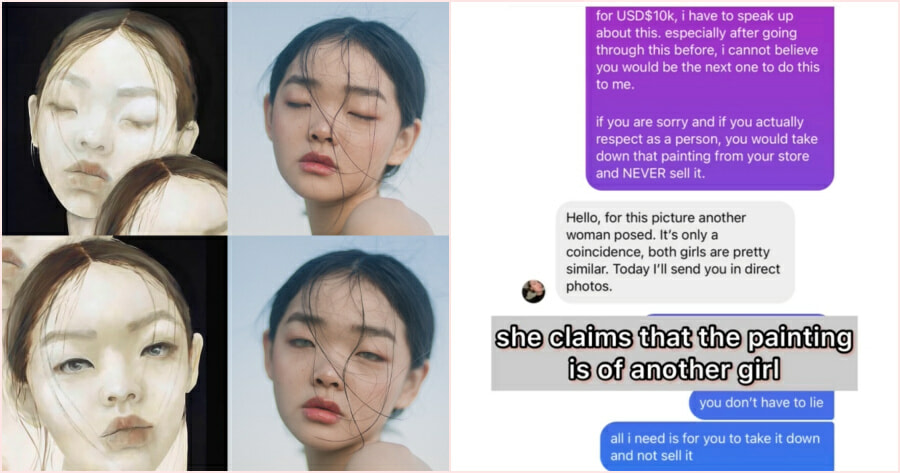 We often hear of pictures of girls being traded, shared and even sold without their consent. However, what about a painting?

Singaporean model and artist, Duan Mei Yue recently shared a TikTok video on her social platforms to accuse Russian artist Angelina Poveteva of allegedly using her likeness in a nude painting without her consent.

tiktok has removed this for “nudity” when it’s a painting and i think this shows how vulgar it is for a nude painting of me to be exhibited and sold without consent… please retweet until it comes back up on tiktok pic.twitter.com/CEcyHile6Y

The painting was exhibited by Poveteva in art galleries and reportedly sold for US$20,000 (RM84,557).

In the TikTok video, Duan said that Poveteva’s painting “looked exactly” like some photos of herself when she was 18.

“She has also put it up for exhibition where hundreds of people have posed and taken pictures with it like I’m some kind of oriental freak show.”

“Seeing my 18-year-old self painted naked and then paraded around like that without my consent shattered me,” Duan added. 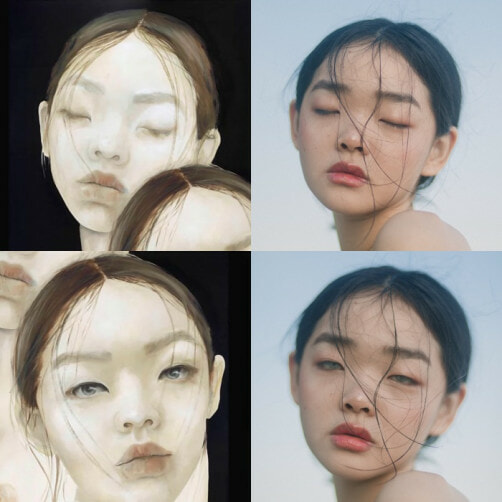 The painting’s name was “Time to open your eyes” and a description of the painting which has since been deleted said that it was a “symbol of updating, rebooting and a new beginning”.

Duan tweeted on Tuesday (5 April) about “how vulgar it is for a nude painting of me to be exhibited and sold without consent“.

She also said that she found out about the artwork in 2021 after being tagged in the comments section of the latter’s TikTok video.

In an interview with AsiaOne, Duan said that she can no longer look at paintings and art without feeling disgust and fear.

“As dramatic as it sounds, I actually felt like the world crashed down on me,” she added. “To see myself depicted naked, exhibited and sold off, I felt like I was being prostituted.”

Duan said that she contacted Poveteva after she finding out that the painting was exhibited and sold. 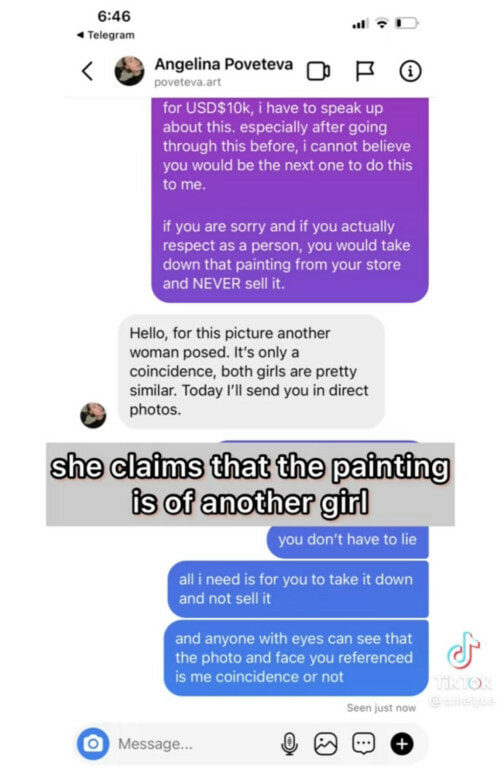 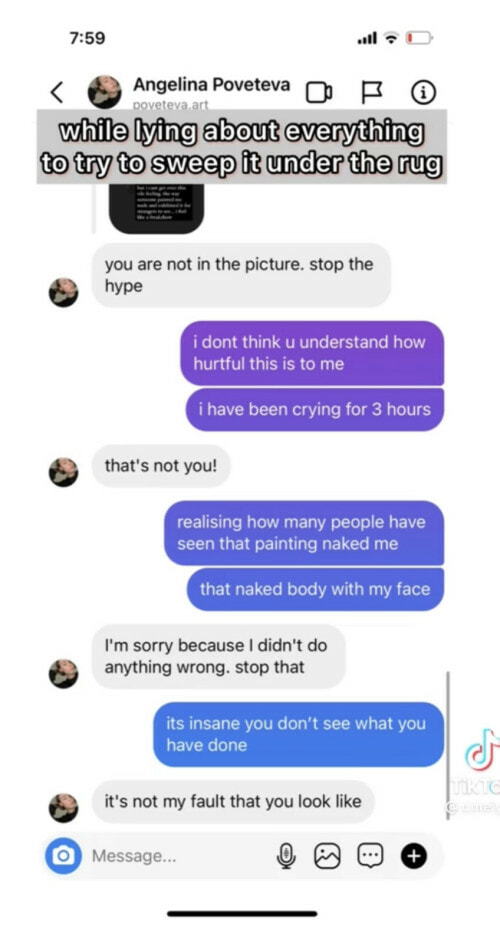 When confronted, Duan said Poveteva denied using her photos and said that it was another girl in the paintings. She also sent Duan photos of the other girl she insisted was referenced for the painting.

However, Duan claimed that the girl’s features were photoshopped to look like the girl’s in the painting. 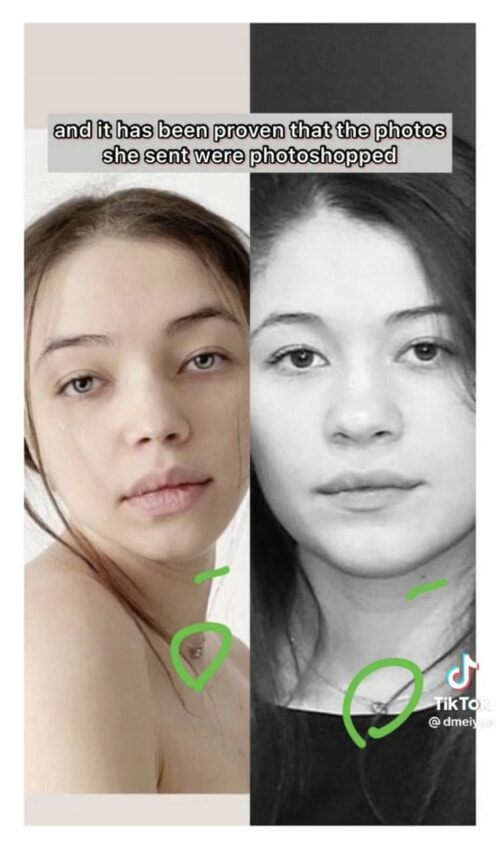 Furthermore, she denied having sold the painting and even allegedly said that Duan almost “ruined her career” as an artist.

Duan also tried approaching Poveteva’s art school but it did not seem to work either.

The school were quick to dismiss Duan’s claims and said it was an “accident” that she looked like the girl in the painting. 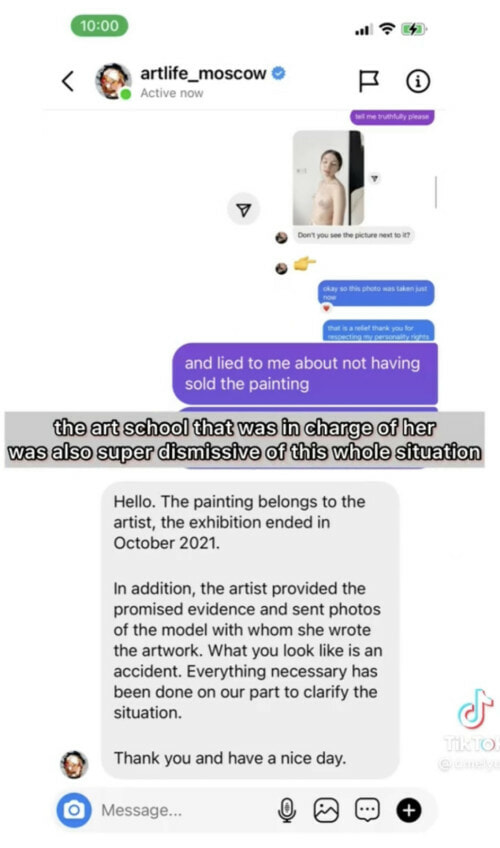 Following the backlash, Poveteva went on to deactivate all of her social media accounts. But in a recent update, Duan shared a screenshot of Poveteva’s story where she claimed that she had been working on anti racism art.

“Obviously exploiting an Asian model, vehemently denying it, and then claiming the Asian model look like 4 billion other Asians… am I dreaming?”

Poveteva claiming to have worked on anti racism art… obviously exploiting an asian model, vehemently denying it, and then claiming the asian model look like 4 billion other asians… am i dreaming? pic.twitter.com/m2ODdX2zzh

Duan mentioned that she is considering taking legal action against the artist but she has been told that it’ll be difficult to enforce.

She also said that she wants compensation and apologies from Poveteva and her art school, and also hopes that “a law can be put in place to protect everyone from artists like them”.

i wanna see why so many artists love repainting this! #fyp

What do you think of the issue? Is the painting based of Duan? Let us know in the comments. 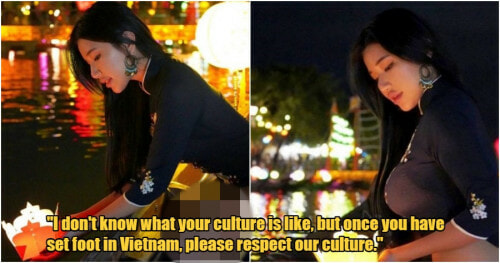