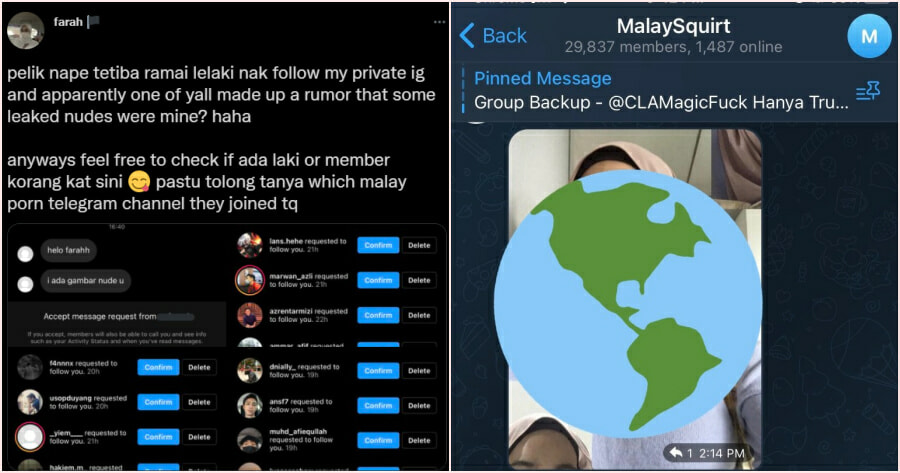 Although many of us probably use communication platforms such as Telegram on a daily basis, it has become a breeding ground for the spreading of fake news and even unconsented pictures of women.

The issue of the sharing of unconsented pictures of women on the app has been an issue for a while now and has been showcased by the existence of groups with thousands of members.

Recently, a woman named Farah shared her story on Twitter. She stated that she had suddenly received a huge surge of followers request on her Instagram. 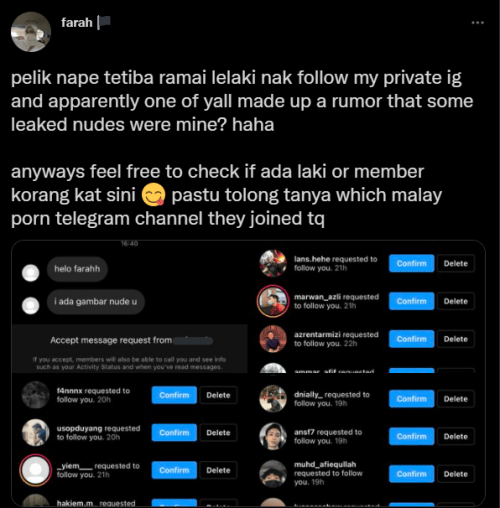 “Apparently one of y’all made up a rumor that some leaked nudes were mine,” she said.

Farah also included a screenshot of what her follow requests normally looks like. “So getting 50 requests in one day for me is not normal,” she explained. 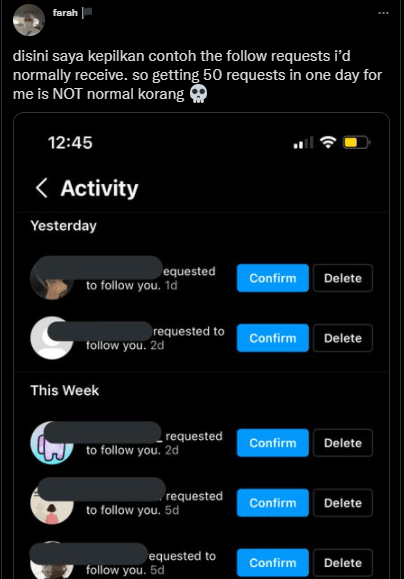 Farah’s friend even confronted one of the accounts that tried to follow her and pretended to be interested in her “pics”. The person replied stating that he doesn’t even often check his Instagram and that his account gets “hacked” often.

In a follow up tweet, Farah explained that there were no “leaked” nudes but however, she was right about the existence of a Telegram group.

“None of them were mutual so I doubt that my account popped up as a “suggestion” since it’s private. Safe to assume they came from there.”

A netizen shared with Farah that a message in a Telegram group called “MalaySquirt” was posted and it was a picture of Farah along with her Instagram account.

Horrifyingly enough, the group has close to 30,000 members. 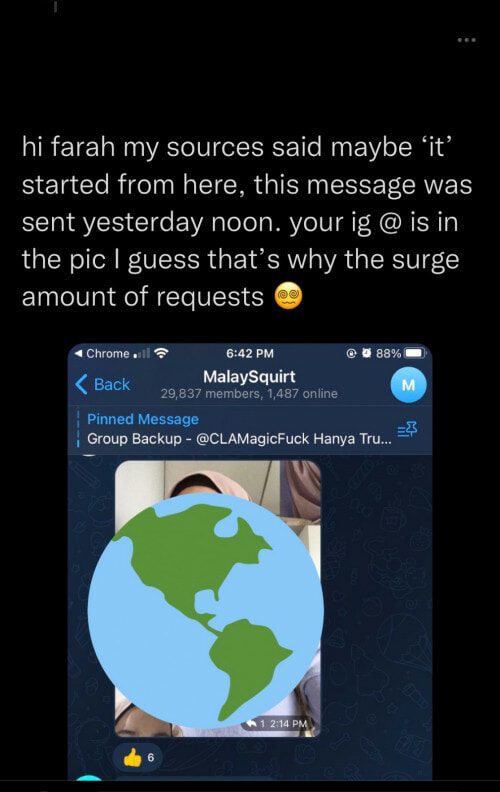 Farah’s tweet has amassed plenty of attention. Netizens took to the comments section to express their anger towards the people who are sharing unconsented pictures on such Telegram groups.

“Please normalise exposing usernames of perverted people like this,” commented one user.

It has even caught the attention of women’s rights NGOs and groups. The All Women’s Action Society Malaysia (AWAM) said in a tweet that a lot of people think it’s harmless to do it since they’re not physically violating anyone.

“Even till this day, what has MCMC done for cases like the V2K incident?”

“Sharing non-consensual nudes is not just a violation of consent, it’s also a crime,” they stated.

We hope that the authorities will prioritise looking into such incidents to ensure that women are safe and that this issue does not keep happening.

What must be done to stop such acts? Let us know in the comments. 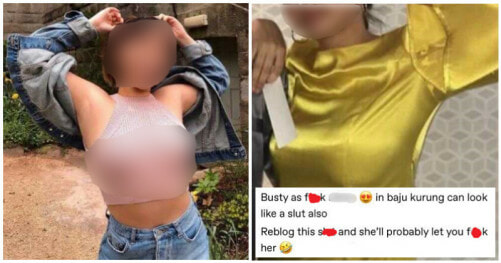