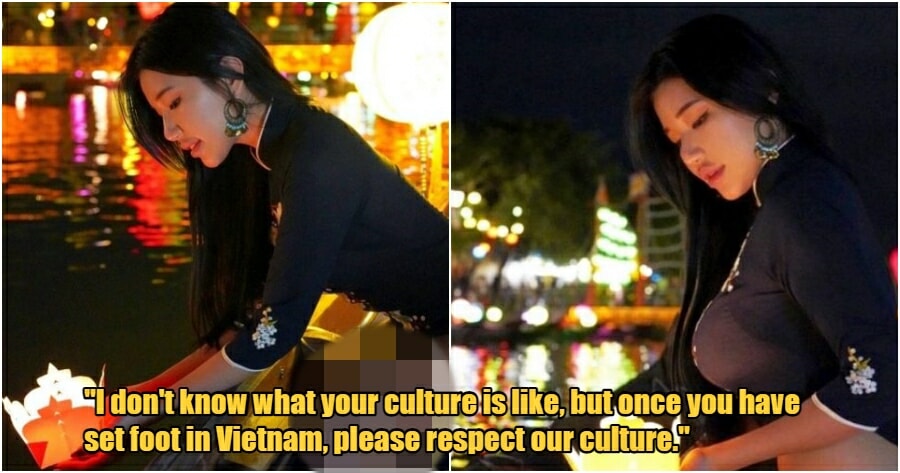 The controversial Malaysian model, Siew Pui Yi made headlines back in January when she was featured in the Adult Magazine Penthouse, as well as her first single Men-Mory which was released the following month.

Recently, Pui Yi, who is currently in Vietnam once again made the headline but this time, she found herself under fire for wearing Vietnamese traditional clothes in an inappropriate manner. In a post that has been deleted, Pui Yi uploaded a couple of images of her wearing Ao Dai, a Vietnamese traditional attire in a revealing manner that had consequently angered fellow Vietnamese. It didn’t take long for her post to reach the attention of the Vietnamese, who have mostly asked her to remove the pictures and respect the national dress. 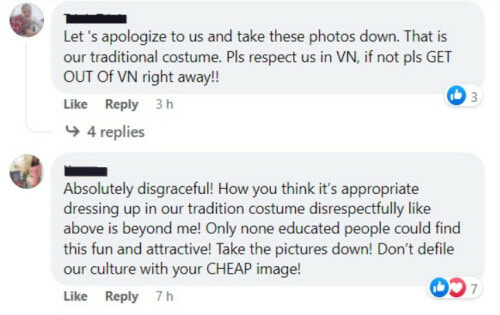 Pui Yi’s “take” on Ao Dai has also made it to the news outlet in Vietnam. According to a report by VNE Express, the head of the Culture and Information Department of Hoi An, Tong Quoc Hong said local authorities are seeking to remind her about Vietnamese culture and traditional customs.

Under current Vietnamese law, using profanity, swearing and wearing offensive or revealing clothes at festivals could attract fines up to VND500,000 (approximately RM92).

“The image of the female tourist (Pui Yi) does not match the customs and habits of the people here,” Quoc Hong said.

On her Facebook post yesterday (6 April), Pui Yi revealed that she was aware of the “chaos” that she had created and had since deleted the offensive post.

“I deeply and sincerely apologise for my actions/content and the disrespect towards the traditional culture of Vietnam.”

Pui Yi also said that she has learned her lesson from all the comments that she had read and expressed her desire to return to Vietnam again in the future.

“I love Vietnam and I assure you that in my next visit, history will not repeat itself,” she said and promised to be more sensitive towards the cultures around the world.

Do you think Pui Yi has gone too far this time in her modelling career?

Also read: M’sian Model Who Was Featured on Penthouse Debuts Her 1st Single & The Music Video Features A Snake