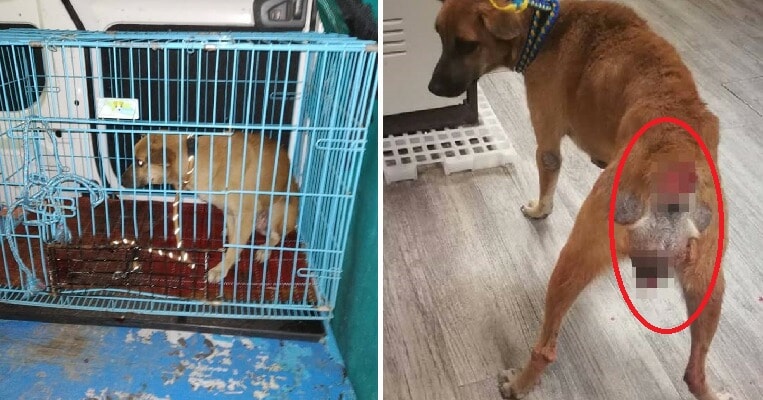 It seems that there are still so many deplorable humans out there who get a kick out of abusing and torturing innocent animals. An animal shelter, HOPE, recently shared a case about a stray female dog they discovered that got her tail brutally chopped off by cruel humans. 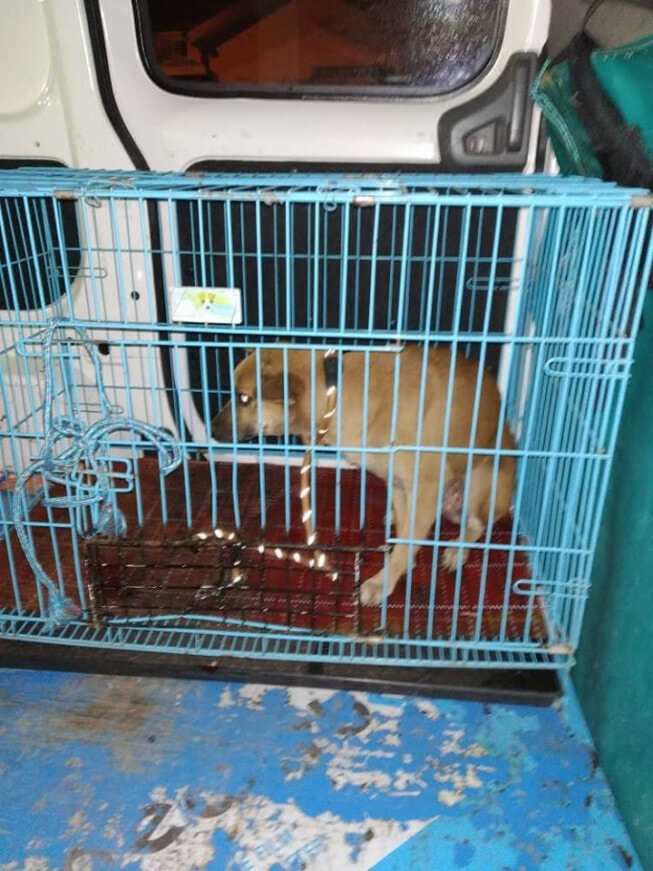 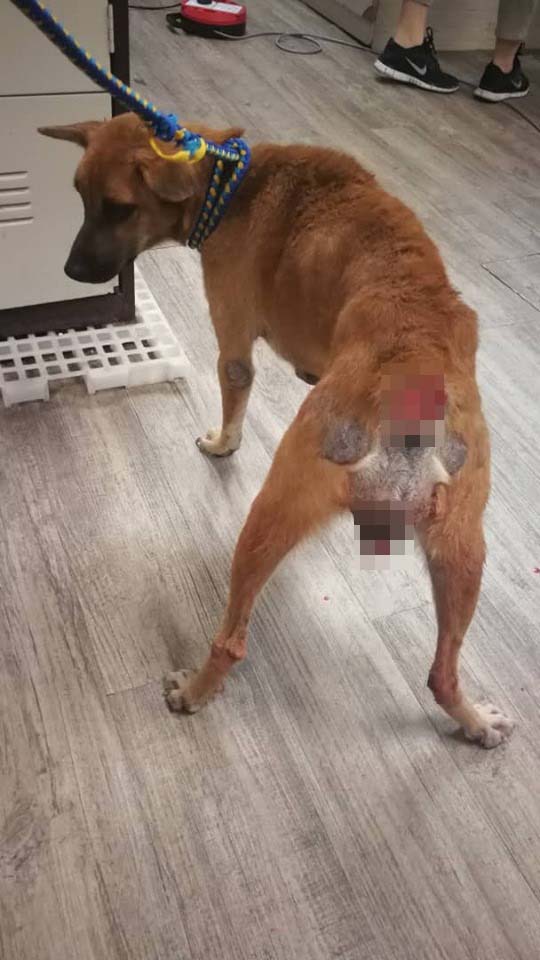 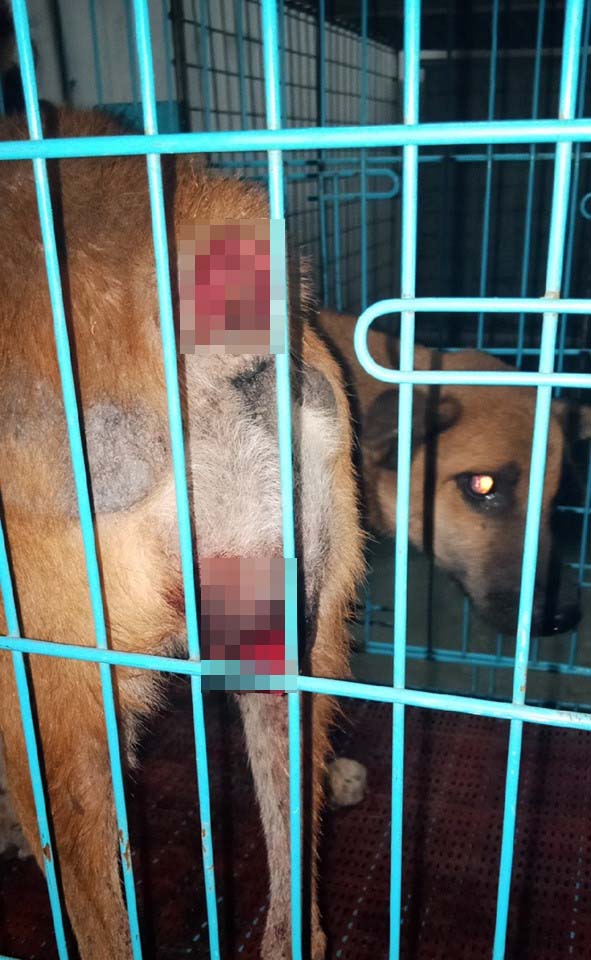 In their post, they said that the incident happened at Pekan Nanas, Johor, and a female netizen who saw the dog around her house had alerted the shelter. She told them that she often saw the stray dog around the area but the pooch went missing for a day before it came back.

When the dog came back, she was shocked to find that the dog’s long tail had suddenly disappeared. The dog’s butt had a big, fresh wound and it was believed that someone had chopped off her tail. The dog couldn’t reach behind to lick her wounds and was not able to sit down properly as she was in pain. 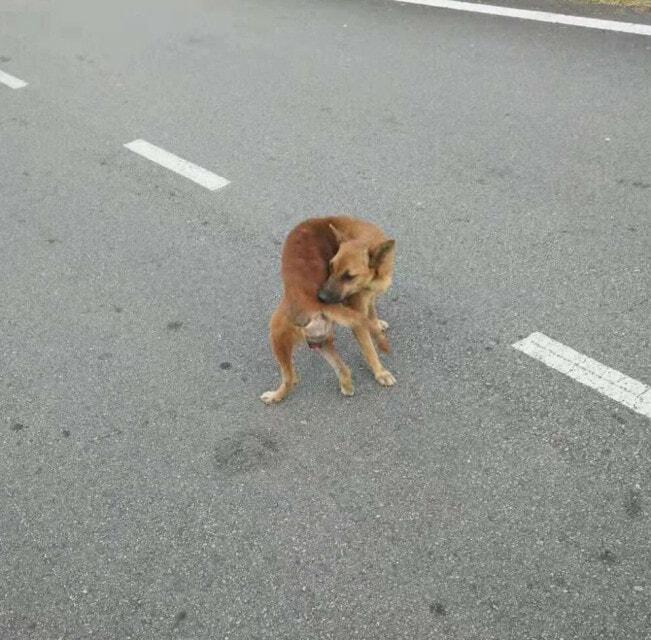 The dog before her tail got chopped off | source: facebook 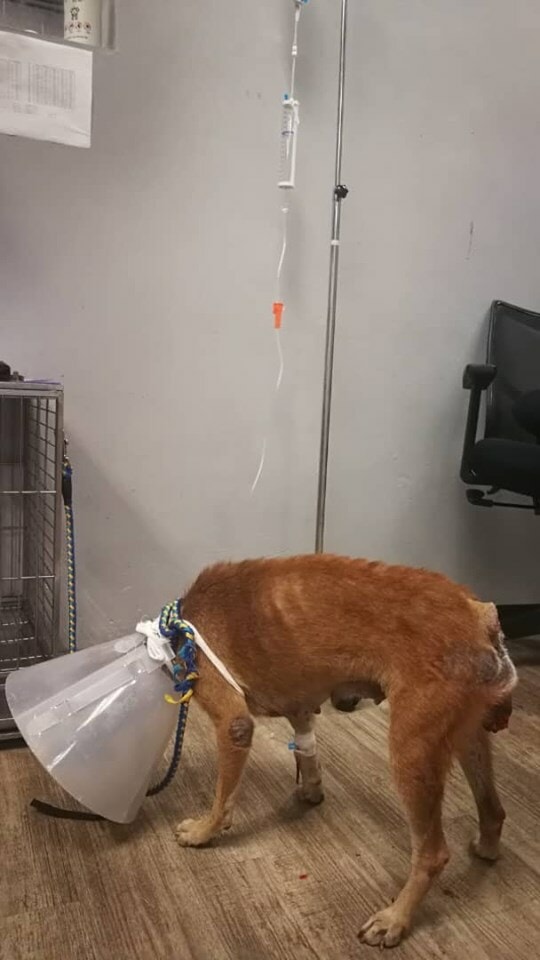 Luckily, HOPE was quickly notified, and they went over in search of the injured dog. They managed to find her and found that she had a severe canine transmissible venereal tumour, which was still bleeding. They caught the wounded dog and brought her to the clinic where she was given the necessary treatment.

Although her condition is now stabilised, the dog, which has been named Panda, is only starting her rehab journey. She still needs to undergo chemotherapy for her cancer as well. Poor doggo! The shelter urges everyone to be kind and said, “The life of a stray is miserable enough without shelter, food, and love. We’re begging you, even if you don’t love them, don’t let their days be more painful and sad!” Do note that animal abusers who are caught face a fine of RM20,000 and up to RM100,000, or maximum imprisonment of 3 years or both.

Stop abusing and torturing animals, they did nothing to hurt you! 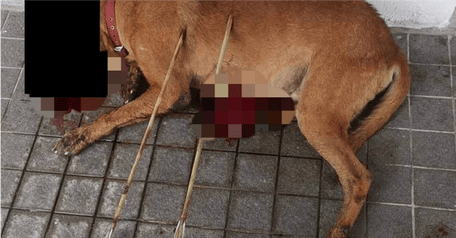