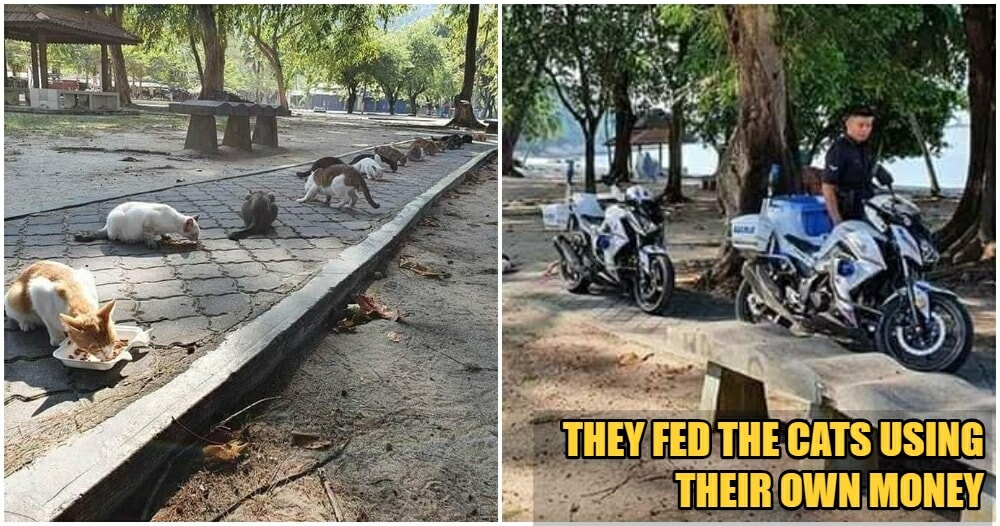 Prior to the MCO, people would oftentimes feed the strays when one of them comes up to their table asking for food. However, during this restricted period, no one is outside anymore and the strays are struggling to survive.

As for the strays in Teluk Batik, Lumut, they don’t have to worry as they are fed by a few very soft-hearted abang-abang polis. 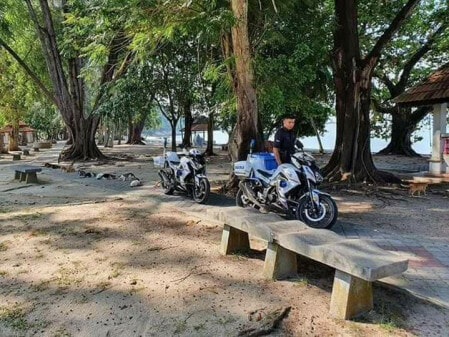 According to Harian Metro, Lance Corporal Isam Bohari was patrolling around the beach area when he and two of his colleagues (Lance Corporal Wan Adzlan Wan Ramli and Lance Corporal Zulhelmi Razani) were overwhelmed by a group of about 20 cats. He said that the cats came up to them while mewling and his animal-loving side felt pitiful for those hungry felines.

“I felt so much pity for those cats when they meowed at us, as if they were trying to tell us they were hungry.” 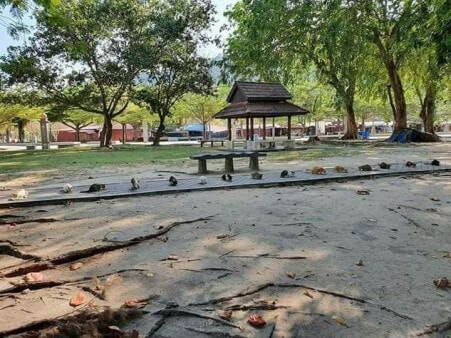 Because of that, the police officers gave in and went to a store to buy food for all of them.

“We felt bad for them, so we bought food for them. They were all so hungry that we needed to give them additional servings.” 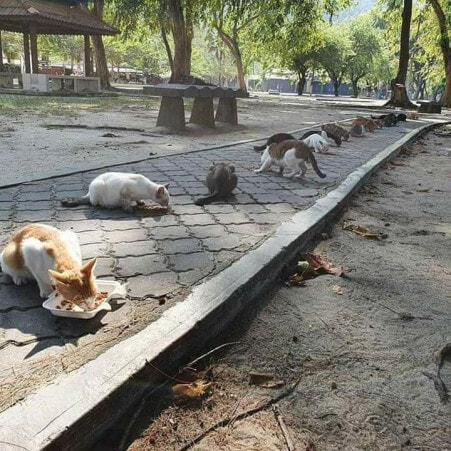 Other than that, he separated all the food into individual portions for the cats so that they wouldn’t fight amongst each other. The Lance Corporal said that knowing these strays would not be fed because of the MCO tugged at his heartstrings.

“I am an animal lover and prior to this, I will always bring food for strays but that day, I forgot to do so. I couldn’t stand to see them hungry.”

It is said that the Lance Corporal Isam Bohari is a proud papa to 7 cats.

This is definitely a very cute story! Meanwhile, for the rest of us, we should continue to abide by the MCO and practice social distancing to break the chain!