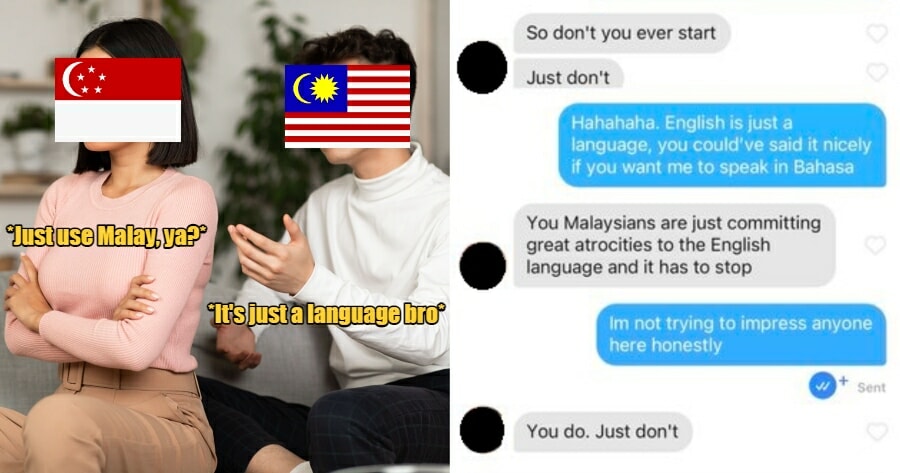 Being Malaysian means that we’ve immersed ourselves in the languages of the various cultures that make up our country. And while English may not be the national or cultural language here, we’ve thrown it into the mix due to its usefulness.

But who knew that us speaking the internationally utilised language would be deemed as ‘committing great atrocities to the English language’ and that we should just stick to speaking Malay.

“Deleting this application for good,” he shared.

Now, let’s allow the conversation to speak for itself, shall we?

Pete started the conversation with a general, “How are you doing?”, to which Jamie replied that they’re good in Malay.

And almost immediately, Jamie rudely insisted Pete use Malay in their conversation, instead of English.

“Darling, I’m going to say this just once. If you’re one of those local graduates trying to look good by conversing and using English with me, just don’t,”

“I hate to be a grammar Nazi. It will be off-putting. Just use Malay, ya?” they said, adding that their first language is English because they are from Singapore (though despite this, their messages were riddled with typos. For those who understand Malay, you’ll know why ‘off puting‘ is funny.).

Pete made the effort to try to explain that it’s just a language, that anyone could speak it if they wanted to.

“It’s just a language. I’m using English on a daily basis since I come from a mixed (Thai) family,” he tried to explain, but Jamie continued to rudely shut him down.

“You Malaysians are just committing great atrocities to the English language and it has to stop,” they interjected.

While Pete shared with Jamie that he wasn’t trying to impress anyone, Jamie refused to accept it.

Malaysians having a terrible command of English is certainly news to us as from what we know is that many of us utilise English more than our mother tongues.

Just like Singapore, Malaysia is home to multiple languages and multilingualism is in our blood. Let’s not let Jamie take that away from us, shall we?

Also read: Malaysian Who Works as a Street Sweeper for 12 Years Can Now Speak 11 Foreign Languages 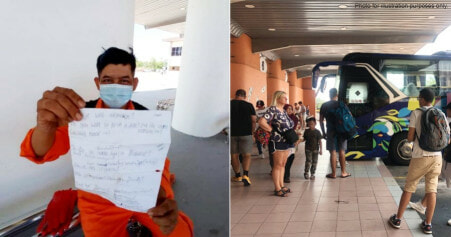