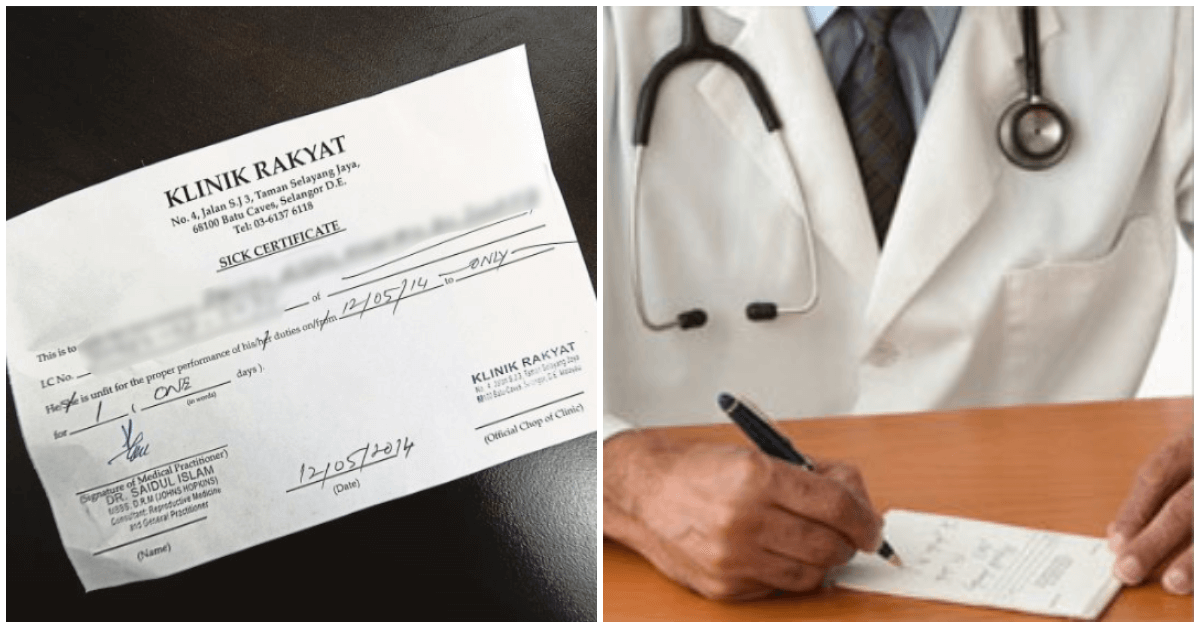 Medical certificates or MCs are a much debated item. Especially since a recent Twitter posting condemned companies who require their employees to provide an MC for taking even a day of sick leave, causing much debate online.

The tweet, posted by Yung Berhormat Lmao Ais (@lmao_ais), suggested that making an employee leave their house to prove their illness is counterproductive. Her opinion has since garnered over 5,450 retweets and 3,990 comments mostly agreeing to her view, though there are some who disagree.

malaysian employers need to stop requiring MCs for sick leave. making a sick employee leave the house to prove they're ill is counterproductive. it's a terrible use of time, energy, and money.

Most of the respondents believe that having to see a doctor to provide an MC costs too much and takes too much time, especially if it’s for a migrane, one of those flus that lasts a day, or even menstrual cramps – basically anything that can be cured with a Panadol, a ton of water and some good sleep.

On the other side of the debate though, many explained that employers would rather be provided with an MC as it proves that the employee is sick and is not taking advantage of the situation.

We can’t help but feel there’s some middle ground between these two very valid points of view. Perhaps making access to consultations and MCs easier, like by opening drive-thru clinics or kiosks.

This way, employees don’t have to spend much time or money while employers get proof that their staff isn’t calling in sick while actually standing in line at a bubble tea shop thinking the queue will be shorter on weekdays. Now, that’s a win-win situation.

What’s your say on this? Should MCs remain compulsory for people who are really sick? Can we trust employees to have integrity when they say they’re sick?

Also read: Doctor Forges Own MC So He Can Work 2nd Job & Use Money to See Ex-GF Overseas