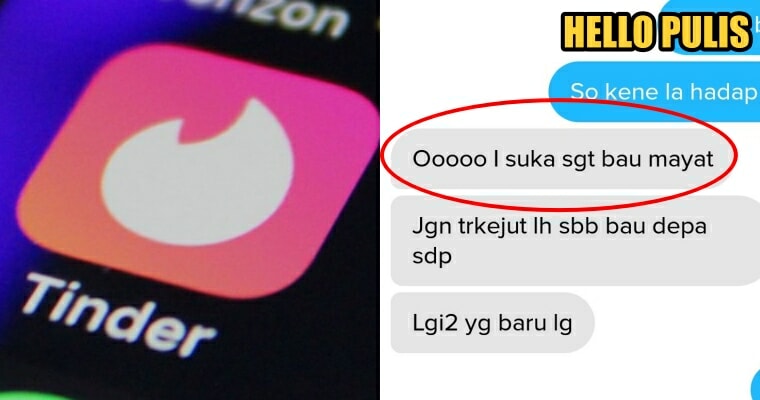 A Twitter user, Fiq (@raqifluz_), shared receipts of a creepy conversation that he had with a person on Tinder last night (30 August). Here’s the gist: the person he got matched with told Fiq that he’s “delicious”, but not in a good way.

“He wants to see me covered in blood because that’s what turns him on.”

Fiq told WORLD OF BUZZ about his encounter, and it turns out that this mysterious person on Tinder stole Fiq’s friend’s photo. Fiq matched with him to find out who was behind this impostor. So, not only was the guy was creepy about his blood fetishes, but he was also catfishing using an innocent guy’s pic!

His match began talking about how he likes the “smell of corpses”, and how it’s even better if the blood (or body) is fresh. He then went on exclaiming how tasty human meat must be because “Tibetan Buddhists feed human corpses to the birds (for sky burials)”. 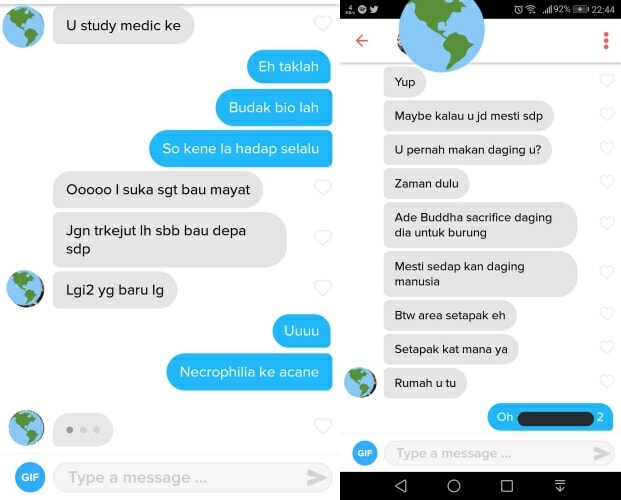 Not only that, but this necrophilic guy also mentioned that he keeps blood in stock to use as lubricants. Excited by his own story-telling, he continued to tell Fiq that when he was once wounded badly, he sucked on his wound (with little bits of flesh) and found it delightful. 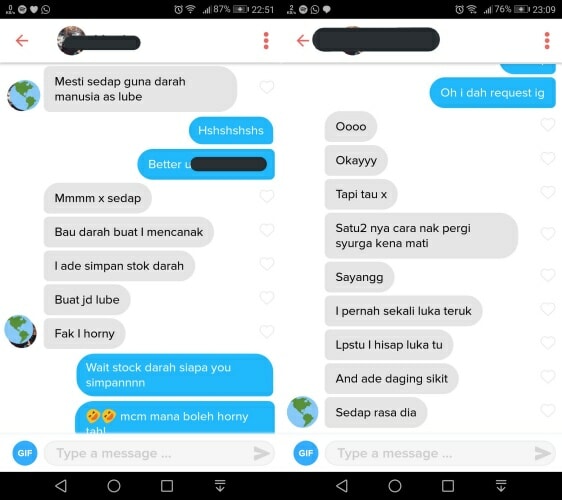 He also told Fiq that he’d eat him raw if they met alone. By eating raw, he meant slicing Fiq into pieces. After getting hyped about his fetish, this person was eager to find out where Fiq lives.

Unexpectedly, the person managed to guess the right floor the condo Fiq lived on, AND Fiq saw that he was already standing at the condominium guardhouse! 😩😩😩

Since he was already there, Fiq thought he might as well meet the guy. But when he got down, the creep already left the scene and also unmatched Fiq on Tinder.

After his incident, we’re not sure if we want to meet people we find online. Be careful of who you talk to, peeps. 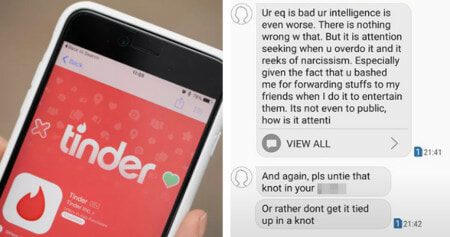