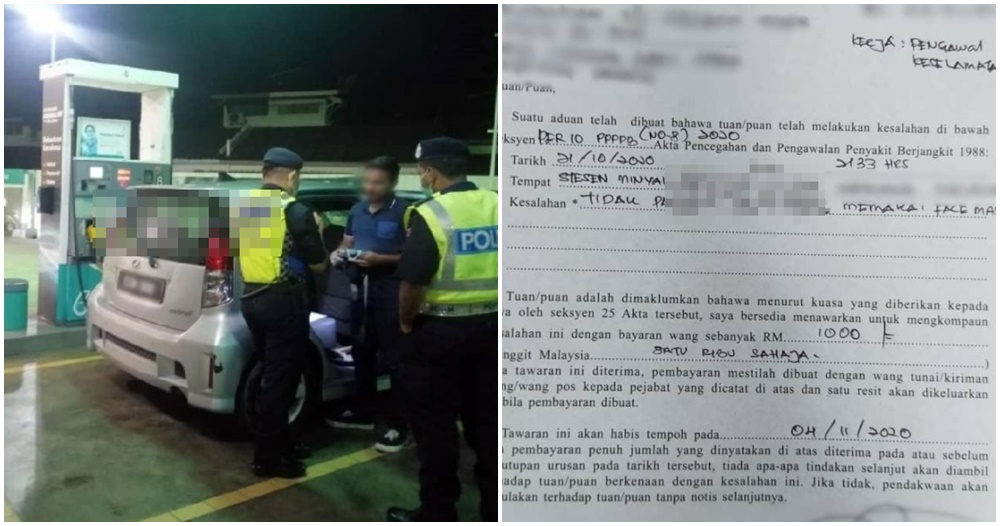 A security guard who was pumping petrol at a gas station in Melaka was recently fined RM1,000 after patrolling authorities found him without a mask. 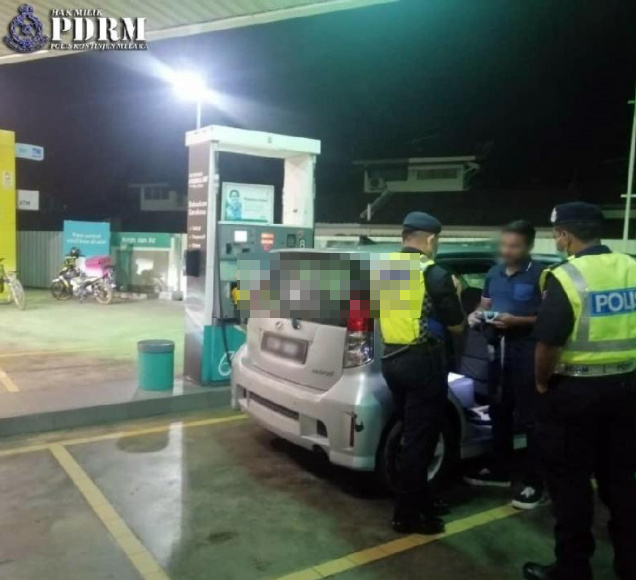 The compound fee was issued after the patrolling law enforcement team under the violation of SOPs following the Prevention and Control of Infectious Diseases Act. In a statement recorded by Sin Chew Daily, the police said that 1,457 fines for SOP violations were recorded between the period of 19 May to 21 October this year.

Authorities will continue to patrol all areas in the state of Melaka to ensure that all citizens are abiding by the SOPs. Members of the public are urged to wear masks, keep physical distancing, and avoid gathering in crowded places.

The question of whether masks need to be worn at petrol stations remain a speculative subject. Earlier this month, Penang police chief, Comm Datuk Sahabudin Abd Manan said this was not necessary if physical distancing could be observed. However, it was unclear as to whether the police chief was solely referring to the state of Penang or the nation as a whole. 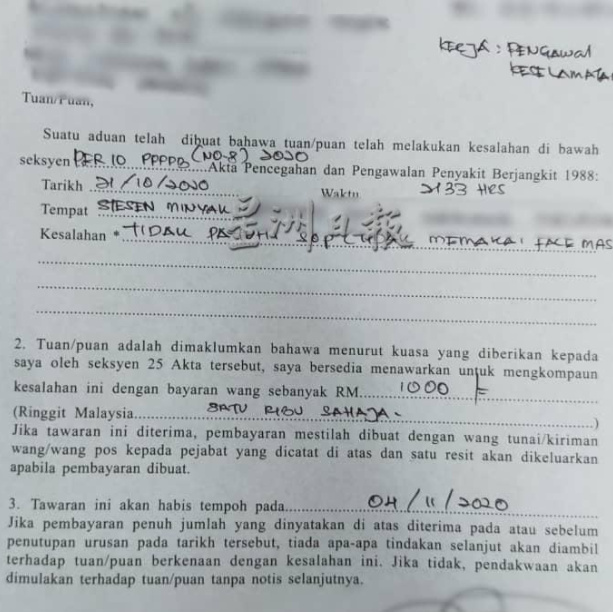 Yesterday, a group of students were fined RM1,000 each for not checking in via MySejahtera when they entered an eatery. The students gave the excuse that they thought only one representative per table needed to check-in.

Meanwhile, the public is still outraged about the lack of consequences given to Khairuddin, the minister who violated SOPs in July and left his home quarantine to attend parliament proceedings. Two days ago (21 October), police confirmed that “no further action” will be taken against the minister following a fine imposed by the Ministry of Health.

Also read: “I thought only 1 person need to scan,” 6 Students Fined RM1,000 each for Not Scanning MySejahtera 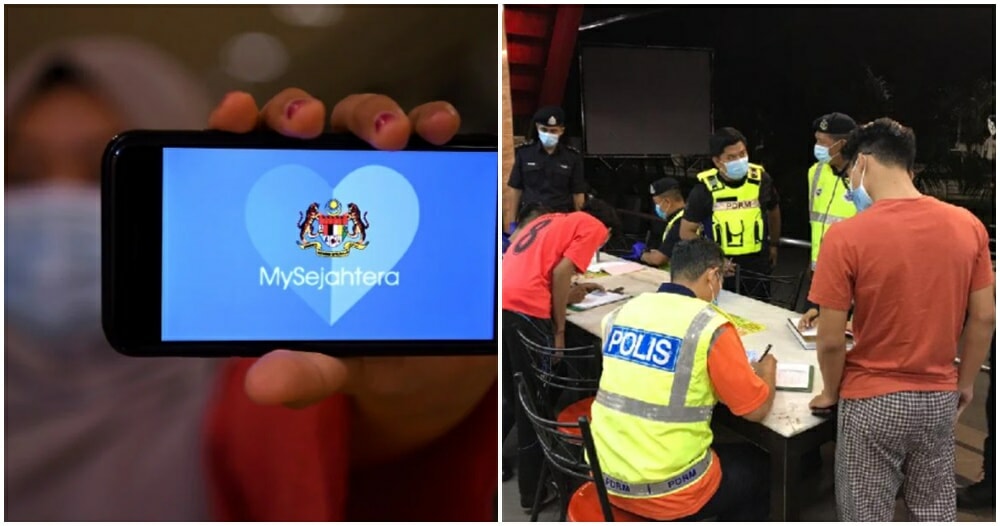