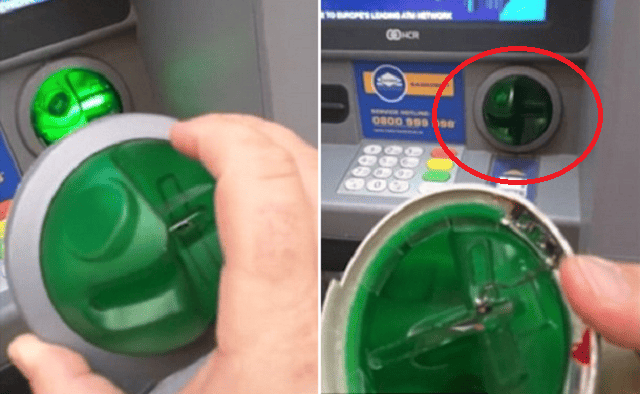 We’ve heard of those nightmare stories about fraudulent transaction from friends or relatives. Scarily enough, these scams are more prevalent than you think.

The victim will then have to go through the rigmarole of calling the card centre to dispute the charge or report the fraudulent activity.

The Daily Mail reports such an incident where a card skimmer attached to an ATM machine was spotted by a tourist that was about to make a withdrawal.

Benjamin Tedesco, who works as an American security consult was on vacation when he spotted the sly contraption attached to an ATM outside St. Stephen’s Cathedral in the Austrian capital, and rips it off with his bare hands. 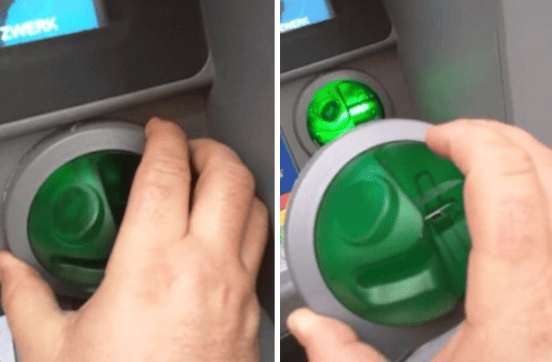 Tedesco also shares this incident on his Linkedin page that had occurred when he was on vacation with his family in Vienna, Austria in Europe and went to get some cash from the ATM.

“Being security paranoid, I repeated my typical habit of checking the card reader with my hands as I have 100s of times…  today’s the day when my security awareness paid off”.

He goes on to explain the mechanism of the theft device.

“Here are a few close-ups that I took of the electronics on the backside of the device, you will notice that in addition to the magnetic strip reader, it has a battery (the large silver object on the right) some sort of switch (the small silver object in the middle with the small black tab sticking out of it) and of course the control board with the 4 pin connector (the large green board to the left).”

Good man, Tedesco also took a video of his finding and posted it on YouTube to create awareness.

The video that gained over 3 million views on his Youtube alone shows how Tedesco pulls the deceptive piece off the original card reader on the ATM machine. He also checks the ATM machine next to his as a lady was about to use it.

His video was shared internationally as viewers were shocked that the scamming device was in plain site, basically undetectable. His video has helped people raise their alert when using the ATMs next time.

Although this type of cases aren’t widely heard of, apparently ATM skimming attacks are quite common in America and Europe. These criminal activity was recorded to be highest at non-bank ATMS such as those in convenience stores and petrol stations.

So it pays to be extra careful, especially when it comes to your own hard-earned cash.