An 8-year old boy claimed that his school’s senior, a 13-year old paid him RM3 for oral sex.

According to Sinar Harian, the outrageous incident took place in an Islamic school in Pasir Puteh at about 5.30 on October 10 and 11. 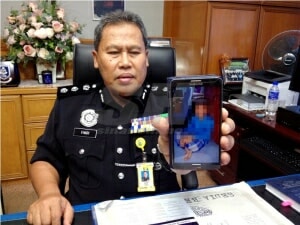 The CID chief said “On the next day, the victim was once again invited to perform the same act and was offered money.”

“At that time, the victim had just finished eating in the canteen when the suspect gave him RM3 before following the senior into a storeroom together,” he explained.

However, thankfully this incident was revealed 11 days later when one of the victim’s friends fell sick with a fever. The parents of the 8-year-old boy had went to the school to visit the friend when the sick boy told the parents about the appalling event.

“The victim’s parents, who were very shocked, pressured the victim to confess what had happened, and the victim said he was sodomized,” the Kelantan CID chief explained to the press.

A police report was made and the boy went through a check up at Hospital Universiti Sains Malaysia. Fortunately, there were no tears or signs of sodomy found.

Netizens who caught wind of the story could only express disbelief about this horrendous incident.

“Kids these days are so wild. How do they even know what is oral sex?????”

“The poor child must be so confused. I cannot believe someone older would do such a thing to someone younger. Elder people should guide younger people…not do this.”

Unfortunately, cases where young children being sexually abused is becoming more frequent. Just recently, the parents of a 5-year-old girl discovered that their daughter was abused sexually after they found drawings by the little girl.