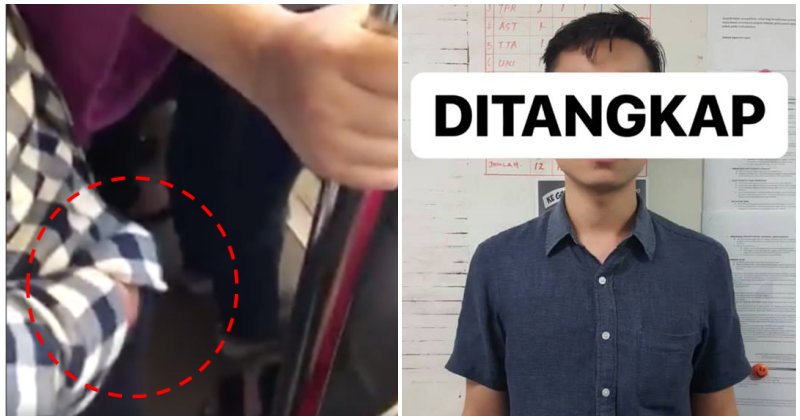 A short video showing a man “moving his right hand vigorously inside his pants” while he was standing in front of a lady went viral recently. Luckily, he was later managed to be caught!

In a Facebook post, RapidKL revealed that auxiliary police arrested the suspect at the Universiti LRT station before handing him to the police for further action. Kudos!

Aryssa Fahmy, the alleged victim posted the video on the Facebook on 24 October explaining that she actually found the recording online and it allegedly happened while she was travelling to work.

Happened early in the morning as I was on the way to work. I had a bad feeling. I did. But I thought he was just…

“I had a bad feeling. I did. But I thought he was just scratching and I was afraid to do anything.”

She then explained that the suspect was “scratching” from the Kelana Jaya station till he went off at the KL Gateway-University station.

Aryssa added that according to a witness that saw the incident, the man purposely stood in front of her even though he came from the other side of the train.

“I am glad that you managed to catch him within a few days. Thank you once more. I had trouble sleeping after the incident but Alhamdulillah I am recovering now from the horrendous experience endured.”

As reported by The Star, the Petaling Jaya OCDP Assistant Commissioner Mohd Zani Che Din confirmed that the suspect has been arrested and remanded for three days.

RapidKL advised their users to be aware of their surroundings when they are in the train, bus or anywhere and don’t just focus on their phones only. 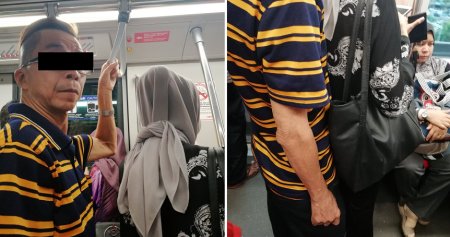