What world are we living in right now?!

Buses and trains are unfortunately notorious spots for sexual predators. We’ve often heard about cases where molesters or perverts would take advantage of women passengers onboard.

Well, a similar incident recently occurred, but what netizens said will boggle your mind!

An anonymous lady shared a complaint to Facebook group, Warga Wilayah, detailing her experience on the LRT. She writes,

“This just happened to me. A man was standing very close to me, then he moved on and stood very close to another passenger. This was on the train number 275, Kelana Jaya line. I’ve lodged a complaint to Jenayah RapidKL via WhatsApp.”

However, instead of expressing disgust towards the pervert, there were many netizens who blamed the victim!

“This lady looks like she’s asking for it. She’s just standing there and didn’t move,” one commentor wrote.

“The weirder thing is, the lady don’t feel anything ke? Steady only. Move lah to another spot. Or are they both enjoying it?” a netizen responded.

“Odd. Does the lady really not feel anything behind her? Aduh, can’t you feel when there’s a person standing close to you,” said another.

Well, it’s important to note that many women freeze or shy away from confrontation out of fear.

Sydney-based psychologist Melissa Podmore who has worked with many trauma victims says,

“When women freeze or even cooperate, it’s not because they’ve colluded with the attacker, it’s because they’re going into this brilliant defense strategy that keeps them alive.

“You don’t want to add any agitation to a situation that is already quite out of control.”

Ultimately, society’s constant questioning of “Why didn’t she stand up for herself?” is very unhelpful.

“There’s a lot of simplifying [with] a complete lack of emotional intelligence and realising how complex these traumas are,” she points out.

“A lot of our responses are not anything to do with our consciousness – it’s a completely primal, ingrained behaviour mechanism.”

So, next time you hear about a sexual harassment case, be open and support them, NOT victim blame. 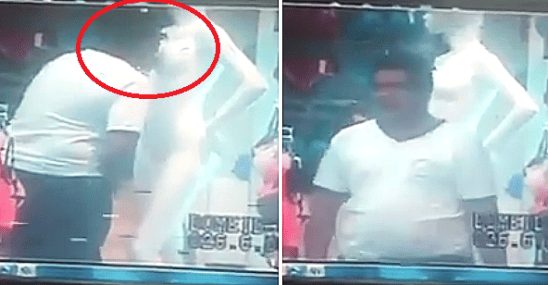