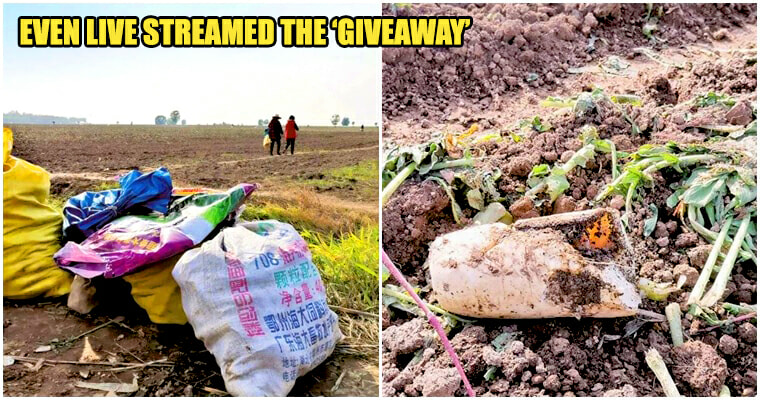 Generosity went wrong. This is the kind of event none of us could’ve ever predicted.

Three farmers who were kind enough to share some of their crops with their neighbours realised quickly that they would regret their generosity as their business faced RM177K worth of loss. Thousands of strangers came over and looted their vegetables thinking that they were up for a free giveaway. 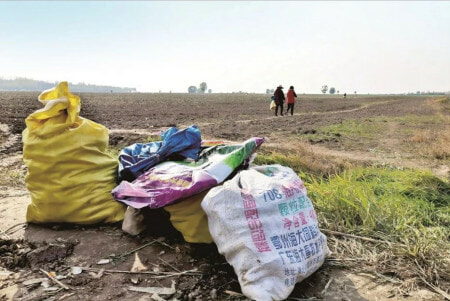 Not even a few hours passed since the news spread and thousands of people raided the farm in Diaowei, Hubei, Middle China. Some even travelled more than 120km, causing traffic congestion with cars, motorcycles and vans lining up to a 2km crawl.

South China Post reported that some people even live-streamed the ‘free radish haul event’ on their social media, asking their viewers to join them. #rude

One of the farmers, Xu Jiuge said, “The villagers told us the radishes we grew tasted great in their winter soups, and asked if it was OK to take a few,” he was quoted as saying.

“They were our neighbours and we didn’t think it was a big deal, so we said they could pick some … but I don’t know how it evolved into the rumour that we were giving out the radishes for free.”

He also added that they have contacted the police, however, the police could do very little against thousands of people. 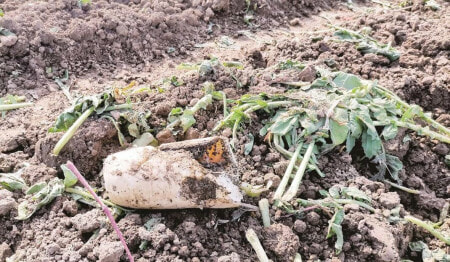 Despite their huge losses, Xu admitted that they couldn’t stop the looters by then, so instead, they took the incident as an act of charity and did not seek retribution.

As for the empty field, it had been reploughed and planted with a wheat crop.

Although it’s good that the farmers didn’t take it to heart, how can the looters still feel alright after practically stealing month’s worth of hard work from honest people?

Also read: SG Woman Goes On Bread Topping Stealing Spree And No One Could Figure Out Why 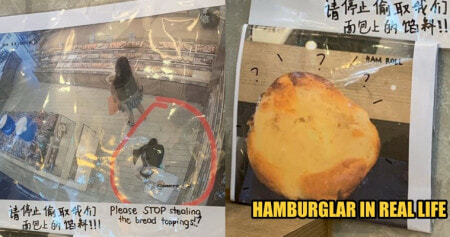