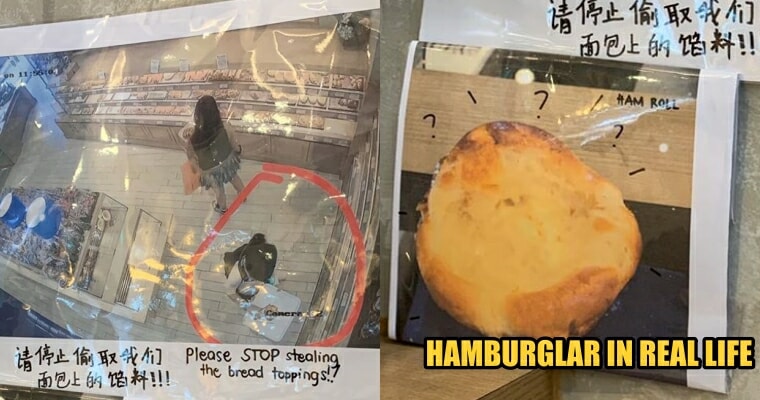 What’s the most unexpected thing to be stolen? We have an answer for you.

You definitely read that right. A woman from Singapore was caught stealing bread toppings from a bakery at Millenia Walk, and it confused the sh*t out of the shop staff about the motives behind the theft. According to Sin Chew Daily, the bakery had noticed a few pieces of bread that went bald, and they thought there were some mishaps during handling.

However, when they checked the CCTV footage, they found a woman sneaking pieces of bread onto her serving tray before picking out the toppings. She then sneakily placed the bald bread back to their respective trays. The toppings that she stole were mainly ham, pineapple and onions (from a ham roll), and she would do it to one to two pieces of bread every time. 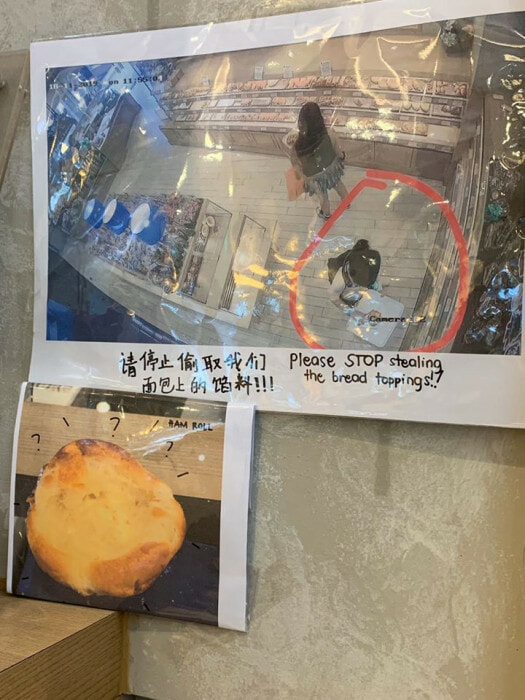 After the bakery found out about this peculiar theft, they printed out a snapshot of the footage and put it in their store. The warning was written in both English and Chinese: “Please STOP stealing the bread toppings!”. Based on the snapshot of the footage, this happened quite recently as it was dated back to 18 November 2019.

Just when they thought the woman would stop her acts, she did not. It was like nothing could stop her from stripping those bread naked! So the shop decided to spread this warning on social media, hoping to inform more people about it.

About the naked pieces of bread, the shop had to discard them because they obviously couldn’t be sold due to contamination. RIP, bald bread.

We guess that she went ham for the ham. Jokes aside, we hope that she’d stop stealing and just purchase the bread instead. 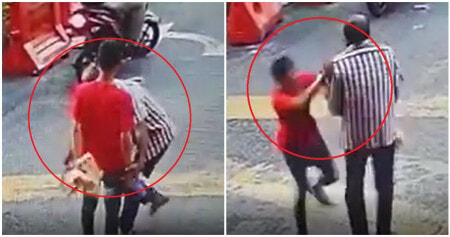