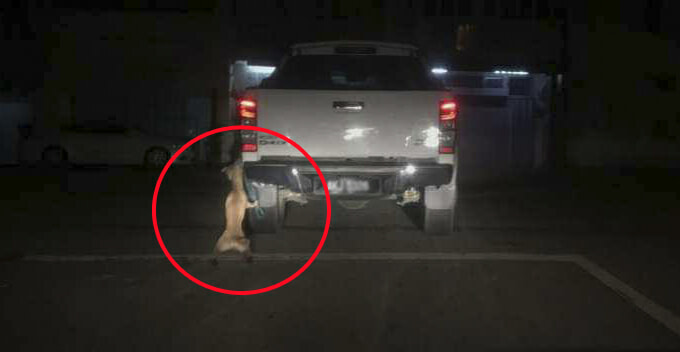 Several hours ago, a video showing a dog being dragged behind a pickup truck had gone viral on social media and netizens are now demanding an explanation from the vehicle owner.

Based on the 40-second video, the poor dog was believed to have been tied up to the back of an Isuzu D-Max while the vehicle was cruising on the main streets. The dog was visibly still alive at that moment and it was struggling to free itself from being dragged on the road. 🙁 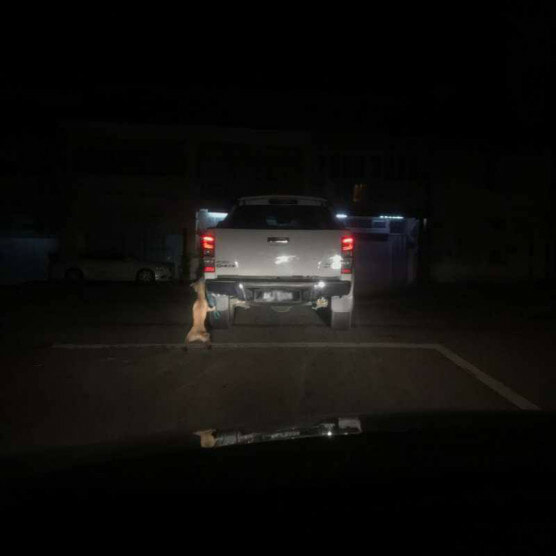 Although the exact location is still undetermined at the time of writing, many believe that the incident happened in Perak as the number plate starts with an ‘A’. The footage was recorded by a car tailing the truck, which led to many netizens questioning why didn’t anyone in the car do anything to stop the truck?

As expected, the footage began circulating on social media and WhatsApp. Subsequently, a police report was lodged on Monday (11 February) by a netizen who couldn’t stand watching the heartbreaking video. 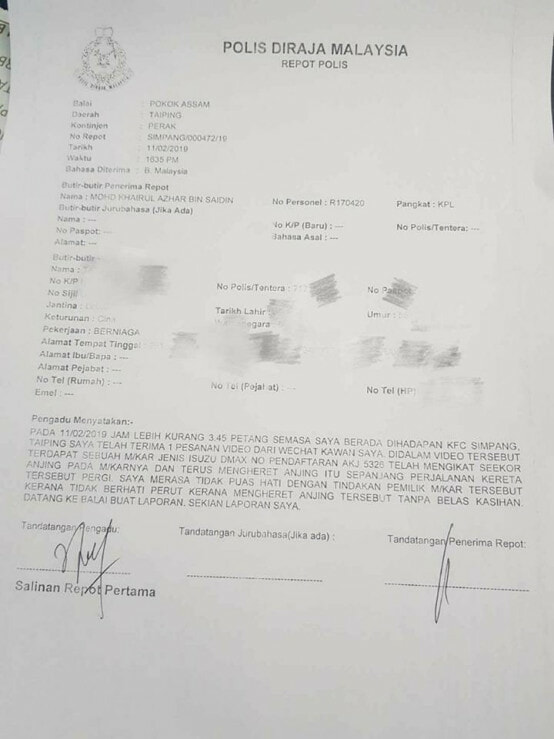 This incident has since sparked a debate on social media with many trying to identify the owner of the truck while some pointed out that it’s possible that the dog may have jumped out of the moving vehicle without the owner’s knowledge.

“My dog once jumped out from my pickup truck because it was scared and the chain was a little too long. Luckily, I noticed it right away and stopped the car immediately,” a netizen commented.

At the time of writing, the condition of the dog is uncertain but we sincerely pray for its well-being. Anyway, let’s not jump to any conclusions and let the police do their work since a report has been lodged. 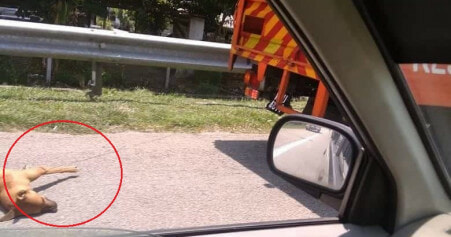