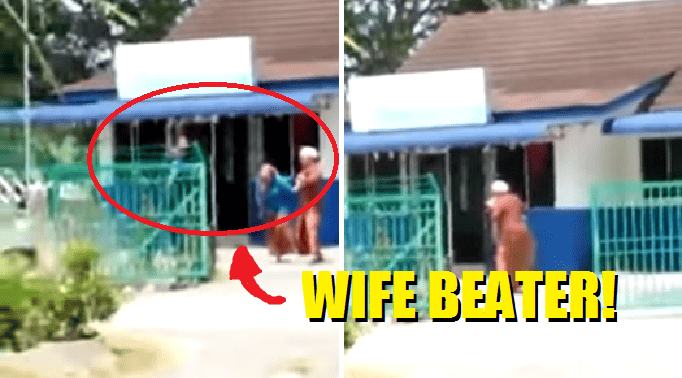 A video surfaced online on social media Facebook where it was believed that a police officer was beating a woman that’s said to be his wife.

The incident happened in Balai Polis Felda Redong that’s located in Segamat, Johor. A lady by the name of Eyka Zulaikha was the one who recorded the horrible incident and then uploading it to Facebook.

She wrote in the caption,

which translates to, “The despicable act of a policeman in Redong that abused his wife who’s in pantang. Please make this video go viral so that actions will be taken against him.”

Pantang is a post-natal tradition for Malays and is said to essentially be an all-encompassing process that aims to preserve the health and femininity of Malay women. New mums in the Malay community generally consider the 44-day confinement period a test of patience. At the same time, a great number of Malay women readily and willingly observe the restrictions and taboos that are part and parcel of this time-honoured tradition.

The 2 minute 50 second video starts off showing two women, where one can be seen walking with a hurt back while carrying a child. The other woman who’s believed to be her mother was supporting her as she struggles to walk.

It is observed that the woman was a little reluctant to go back into the building, but soon after she entered, terrifying screams could be heard. It was believed that she was slapped and beaten by her police office husband.

There has yet to be any reports as to what actually happened.

Watch the video below.